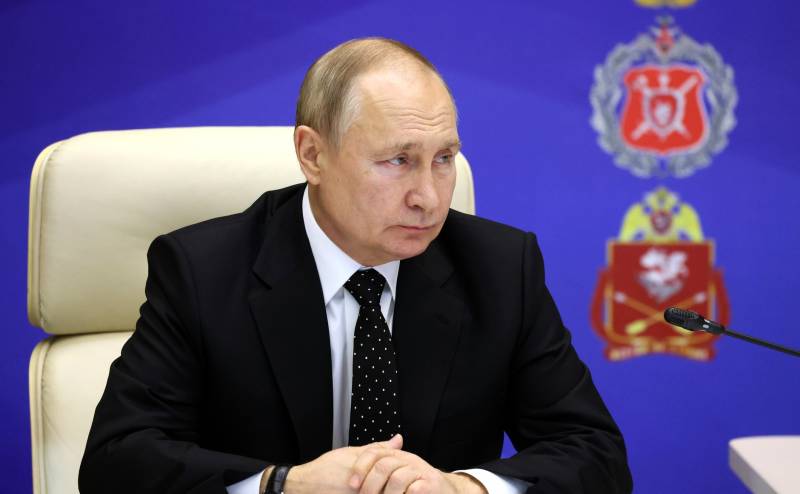 
The direct text of these instructions:

Taking into account the appeal of His Holiness Patriarch Kirill, I instruct the Minister of Defense of the Russian Federation to introduce from 12.00:6 January 2023, 24.00 until 7:2023 January XNUMX, XNUMX, a ceasefire along the entire line of contact between the parties in Ukraine.
Based on the fact that a large number of citizens professing Orthodoxy live in the combat areas, we call on the Ukrainian side to declare a ceasefire and give them the opportunity to attend services on Christmas Eve, as well as on the Day of the Nativity of Christ.
Experts drew attention to the following detail in the presidential document: we are talking about the line of contact between the parties in Ukraine. In this regard, there is a discussion of the fact that the very fact of the declared truce de jure does not apply to the territories that, on the basis of referendums in the fall of 2022, became part of the Russian Federation. For example, Artyomovsk, Soledar, Marinka, Avdeevka, the territories around Kremennaya and Svatovo - territories where fierce battles are taking place - are an integral part of the Russian Federation. And there is not a word in the presidential document that actions to liberate or defend the same LNR and DNR, which are part of the Russian Federation, should be suspended for the period of January 6-7. There is not a word about this in the statement of the Russian Defense Ministry.

In accordance with the instructions of the President of the Russian Federation, the Minister of Defense of the Russian Federation instructed the troops to introduce a ceasefire regime for 36 hours from 12:00 on January 6 of this year to 24:00 on January 7 of this year along the entire line of contact between the parties in Ukraine.
As you can see, the wording “in Ukraine” is again present, and again the wording is “instructions”.

Speaking of "instructions", military experts recall that in military regulations and legislation relating to military service, there is a clearly defined wording "order" (or an equivalent form - "order"). Some derivatives of it are not prescribed by lawmakers. Simply put, there is the concept of "execution or non-execution of an order." But how legally justified the concept of “failure to comply with instructions” is a question that goes into the legal sphere with a preliminary description of the fact that such a form in military affairs has not been singled out as an independent one.