Medvedev: The main gift for the New Year with the ammunition load of Zircon missiles went to the shores of NATO countries 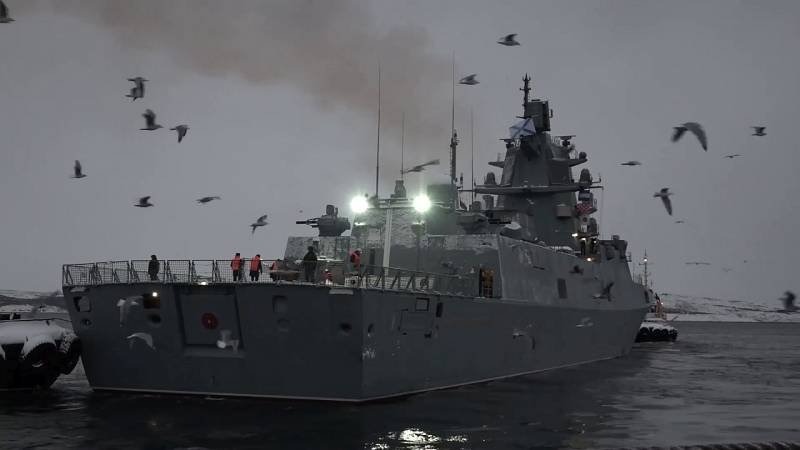 Deputy Chairman of the Security Council of the Russian Federation Dmitry Medvedev sharply responded in his telegram channel to the appeal to the Russians of the US State Department, published today in the official account of the American social network, banned in Russia. Which in itself already raises the question of who exactly this message is addressed to.


The text of the deliberately friendly post from the State Department recalls that our countries not only competed, but also found opportunities for cooperation "to overcome the greatest challenges facing the world." The American diplomatic department emphasizes that Russia and the United States have been stories "brought together the commonality of cultures and our achievements." But the whole point of this unctuous appeal is in the last phrase, the style of which Medvedev called "disgustingly Jesuitical":

We believe that what is happening is not worthy of you, and we stand in solidarity with each of you who strive to create a more peaceful future.
It is obvious that by "what is happening" the Americans mean a special operation in Ukraine. And it turns out, Medvedev drew attention, that those Russians who are not ready to build a "peaceful future" in the understanding of the West do not deserve it. But this is the vast majority of citizens of our country, true patriots, not ready to live by the decree of the Washington puppeteers.

Even for these top-notch freaks, this is the height of cynicism and the limit of moral degradation
- commented on the perverted logic of the Americans, the deputy chairman of the Security Council.

Medvedev recalled that it is the United States that spends billions of dollars to support the Nazi regime in Ukraine, thereby exterminating thousands of people by proxy. Thus, the Washington patrons of Kyiv "are the real heirs of the Reich Minister of Propaganda Joseph Goebbels."

The politician noted that now no one believes in all these false assurances of friendship and calls for peace from the United States. And Russia already has an answer to such cynical appeals.

Medvedev named the main New Year present for Washington and its allies. This is the Admiral Gorshkov frigate with Zircon hypersonic missiles on board, which yesterday set off on a long voyage across the Atlantic, Indian Oceans and the Mediterranean Sea, thereby approaching the shores of NATO countries as close as possible. The Zircon missiles develop a speed of Mach 9 and cover a distance of 1000 kilometers, while remaining invulnerable to the most modern missile defense systems.

Let it stand somewhere 100 miles from the coast, closer to the Potomac River. So rejoice! Will bring to life anyone who will pose a direct threat to Russia and our allies
Medvedev warned Western "partners".

The Russian politician promised that our country would continue to produce the most modern weapon. And with all the enemies who kill our people, Russia will speak the language of force. We will "take revenge on every criminal for every murdered citizen of our country," Medvedev warned.