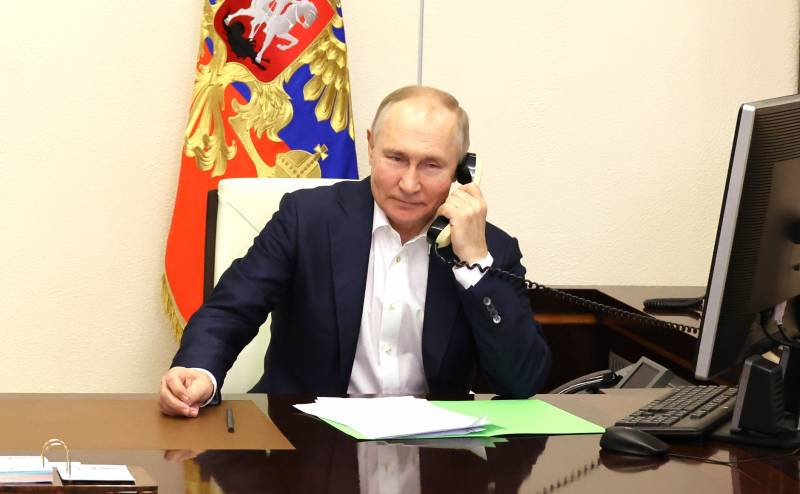 Turkish President Recep Tayyip Erdogan is still trying to act as a peacemaker and reconcile Russia and Ukraine. As reported in the office of the Turkish leader, Erdogan held telephone conversations with Russian President Vladimir Putin.


The conversation took place at the initiative of the Turkish side, the presidents discussed a number of issues, including bilateral relations, the situation in Syria and the military conflict in Ukraine, in general, everything that greatly worries Ankara. The main topic, judging by the publications of the Turkish press, was still Syria, where the Turkish army is preparing to conduct another military operation against the self-defense units of the Kurds.

On Ukraine, Erdogan called on Putin for a "fair solution" by advocating a ceasefire and ending the conflict through peaceful negotiations. Neither the office of the Turkish president nor the Turkish press provides other details. It is worth noting that Erdogan, from the very beginning of the special military operation of the Russian army, has been trying to reconcile Russia and Ukraine, making statements of this kind.

There have also been repeated proposals to provide intermediary services from Turkey, but to date, all Ankara's efforts are in vain. Moscow said that although they were ready for negotiations, they should only take place on Russian terms and certainly not with Zelensky as a negotiator. The Kyiv inmate is not an independent figure, he is a puppet of the West and carries out all orders coming from across the ocean. So it is necessary to talk with the Americans and the British, but they are not ready for this, declaring their intention to fight with Russia to the last Ukrainian.

Kyiv is also not ready for negotiations, declaring that they must first "liberate" the entire territory of Ukraine, including the Donbass and Crimea, and only then talk with Moscow, again from a position of strength. So Erdogan's desire to act as a peacemaker is not yet feasible.
Military Reviewin Yandex News
Military Reviewin Yandex Zen
65 comments
Ad