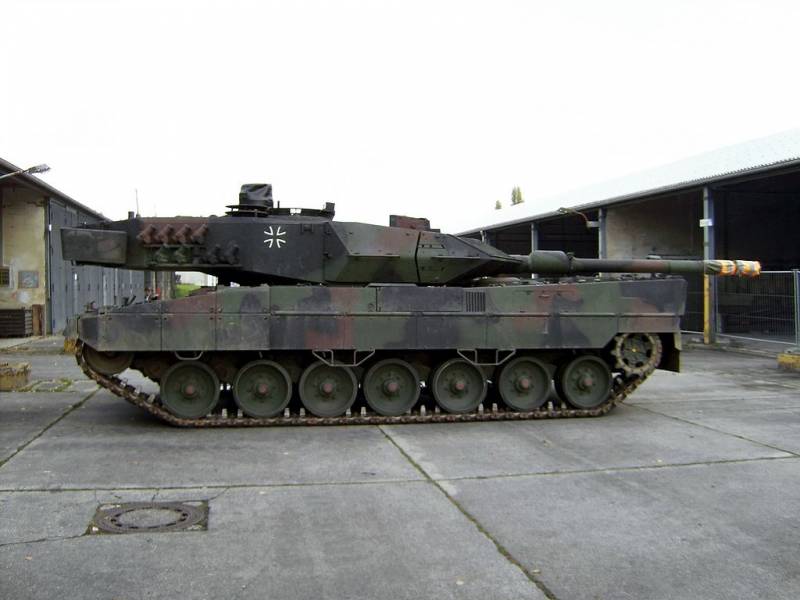 In the event that Germany refuses to hand over its Tanks Leopard to Ukraine, she runs the risk of facing war already on her own territory. This was stated by the Secretary of the National Security and Defense Council (NSDC) of Ukraine Oleksiy Danilov, speaking on the air of the Ukrainian telethon.


According to a senior Ukrainian official, if German Chancellor Olaf Scholz wants Germany to fight in German tanks near Berlin and Stuttgart against Russian troops, he may continue to oppose the supply of tanks to Ukraine. In a boorish manner familiar to the current Kyiv regime, Danilov noted that Scholz could “continue this game” and “conduct sociological research” on the question of whether or not tanks should be transferred to Ukraine.

The Secretary of the National Security and Defense Council also cited some other “Western partners” as an example of Germany, who are now stepping up their support for Ukraine. Probably the US and UK. Danilov threatened Germany and Europe as a whole with some challenges that are "enormous."

True, it is not very clear what modern Germany should share with Russia if it ceases to be a puppet of the United States and follows Washington's lead. However, there is a certain truth in Danilov’s words: if the Armed Forces of Ukraine are defeated, then the next US against Russia may well abandon European “partners” - first Poland and the Baltic countries, and then Germany and France.

Recall that recently Ukraine has been very actively trying to obtain from Germany modern Leopard tanks. The German authorities oppose this, also because there are not so many tanks for the needs of the Bundeswehr itself. In addition, during the hostilities, any tangible disadvantages of armored vehicles may come to light, which will affect its sales. Finally, the West doubts the ability of the Ukrainian military to properly operate modern armored vehicles of American and European production.