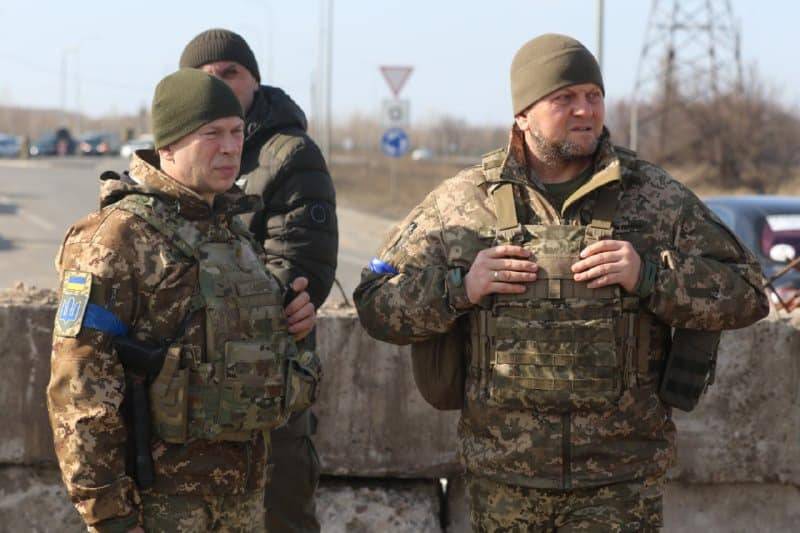 At present, the situation on the Soledar-Mayorsk-Bakhmut (Artemovsk) sector remains the most difficult on the line of contact. This was stated in a telephone conversation with the Chairman of the Joint Chiefs of Staff of the US Armed Forces, General Mark Milley, Commander-in-Chief of the Armed Forces of Ukraine (Armed Forces of Ukraine), General Valery Zaluzhny. Zaluzhny's words are quoted by the Ukrainian edition of "Strana".

In general, the telephone conversation, as can be understood even from this meager information, was in the nature of a Ukrainian general's report to a high-ranking American military man.

It is worth noting that the content of the conversation is somewhat different from the ambitious statements of Ukrainian politicians, which are intended for the Ukrainians themselves and the Western public who sympathizes with them. Things at the front of the Armed Forces of Ukraine are not going very well, even if in a conversation with an American general, Zaluzny is forced to boast of holding lines.

Photos used:
Wikipedia / Commander in Chief of the Armed Forces of Ukraine