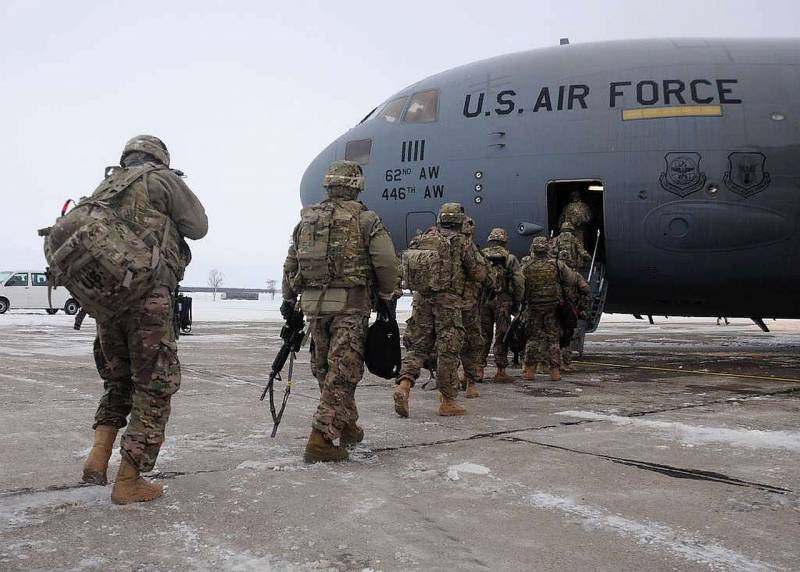 The transfer of the 101st Airborne Division of the US Army to Romania to participate in NATO exercises became known in the twentieth of October last year. At the time, CBS News reported that what is considered an elite light infantry unit, nicknamed the Screaming Eagles, some 4700 soldiers had been deployed to Europe from Kentucky. It is noted that the American division entered the territory of Europe for the first time in the last eighty years.


The commander of one of the brigades of the division, Edwin Matthaides, told the TV channel that although the mission of the US military is to strengthen the eastern borders of the European countries of the alliance, being close to the Ukrainian border, they are "closely following the actions of Russia."

The American command does not hide the fact that the purpose of the exercises is to work out possible actions on the territory of a neighboring state where a military conflict continues. In the event of an escalation of the Russian-Ukrainian confrontation and a threat to one of the NATO states from the Russian Federation, the American paratroopers are ready to “cross the border with Ukraine,” CBS reports.

The militant ardor of the Screaming Eagles officers, whose statements sound like a direct threat to Russia from NATO, decided to cool off a journalist from another American publication, The New York Times. The author of an article published in this newspaper recalled that the flight time of Russian missiles from the territory of Crimea to the training ground in Romania, where NATO troops are training, is only seven minutes.

At the same time, the publication reports that the US military is “conducting artillery shelling, launching attack helicopters and digging trenches similar to those on the front line in the Kherson region.” The deployment of troops in Romania is intended as a warning to Moscow and a way to make sure that allies in Southeast Europe are ready to resist the "Russian invasion", the author writes.

As part of the exercise, the American, British and Romanian military are practicing launching missiles from the HIMARS MLRS. The author of the article notes that it was the use of these jet systems that helped the Armed Forces of Ukraine "force the Russian troops to retreat."

Russian military experts believe that the exercises of the NATO contingent near the border with Ukraine are more of a propaganda nature. This is confirmed by the loud public statements of the command of the US elite division, whose task, according to the directive of the Pentagon, is "to respond to crisis situations anywhere in the world within 18 hours."

So far, it is not even known what contingent the Pentagon plans to leave in Romania after the exercises. The American leadership and the NATO command have repeatedly stressed that the United States and the alliance do not intend to become a direct party to the military conflict in Ukraine. But this does not prevent individual servicemen from secretly participating in hostilities on the side of the Armed Forces of Ukraine, to train and help the Ukrainian military, which there is already a lot of evidence.