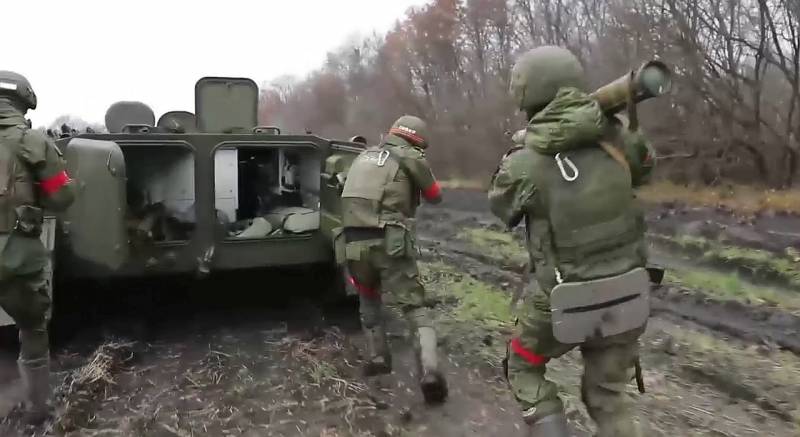 In the first days of the new year, the operational-tactical situation on the entire front line did not change significantly, in most areas of the LBS, positional battles are mainly going on. At the same time, Russian troops continue to push the enemy in several directions at once, the counterattacks of the Armed Forces of Ukraine are successfully repulsed.


According to open sources, the allied forces are attacking Soledar from Yakovlevka and Bakhmutskoye, occupying strongholds and observation posts. At the same time, our units are moving towards Razdolovka and Vesely. The enemy in this direction suffers significant losses, replenishment occurs, among other things, from the reserves of the National Guard transferred from Western Ukraine.

Heavy fighting continues in the suburbs of Artemovsk (Bakhmut), where the fighters of the Wagner PMC are literally meter by meter and building by building knocking out the enemy from well-fortified echeloned defensive positions. In the southeastern part of the city, units of the 57th motorized infantry brigade of the Armed Forces of Ukraine again tried to counterattack the previously lost positions, but retreated under oncoming fire to their original lines.

Northeast of Artemovsk, the Wagnerites established control over two platoon strongholds near Podgorodny and seven firing positions northwest of the Bakhmutskoye-Soledar line. To the southwest, Russian troops continue their assault on the fortified area of ​​the Armed Forces of Ukraine in Kleshcheevka.

In Maryinka, the Russian military is pushing Ukrainian fighters to the western outskirts of the city.

On the Krasno-Limansky sector of the front, high activity of enemy UAVs is recorded, conducting reconnaissance of our positions in the vicinity of Dibrova, Kremennaya, Belogorovka. Obviously, the General Staff of the Armed Forces of Ukraine did not abandon the plans for the capture of Kremennaya, which did not take place before the beginning of the new year.

On the Zaporizhia Front, Russian assault units carried out a successful counterattack and regained control over Dorozhnyanka, which is six kilometers away from Gulyaipole and 2,5 kilometers from the village of Konstantinovka, the enemy retreated to reserve lines with losses. This settlement is important in that the T-0401 highway passes through it, connecting the Dnieper (Dnepropetrovsk) and Melitopol. The Russian DRG carried out a successful operation north of Novopokrovka. 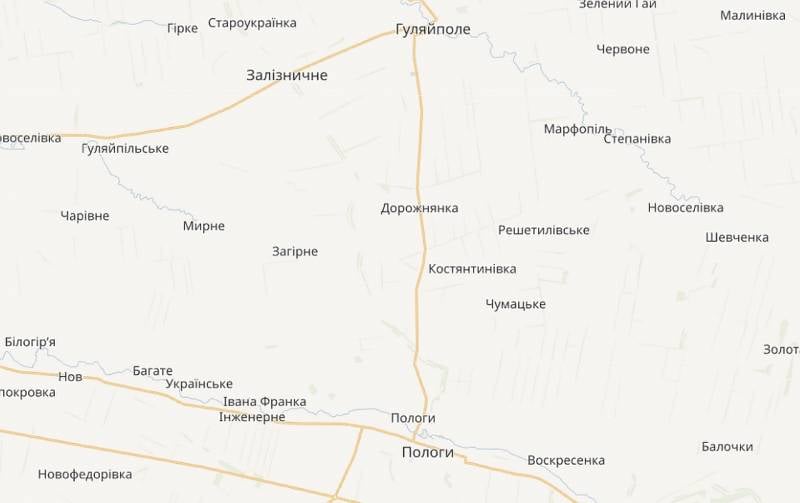 On the Kherson Front, artillery shelling of positions and rear facilities from both sides continues. Russian artillery worked on enemy positions in Kherson, Tokarevka, Gavrilovka, Kachkarovka and Tyaginka. On Monday, the RF Armed Forces hit the storage facilities at the pier of boats in Ochakovo. In turn, the Ukrainian formations fired at residential buildings in Hola Pristan, Nova Kakhovka and Aleshki.

According to the Ukrainian General Staff, Russian forces over the past day sought to improve their tactical positions northwest of Svatovo. They report an additional reinforcement of the Kharkiv-Seversk front line by the personnel of the RF Armed Forces. Ukrainian officials said Russian forces were redeploying along the eastern axis, trying to keep up the pace of the artillery strikes. Russian troops carried out offensive operations in the Zaporozhye region and continued to strengthen the defensive structures, according to the summary of the General Staff of the Armed Forces of Ukraine.

In the Chernihiv and Kyiv regions, the transfer of up to 2800 Ukrainian military personnel was noted as part of the strengthening of the defensive grouping of the Armed Forces of Ukraine in the event of a possible Russian offensive.

One of the former commanders of the Azov Regiment (a terrorist organization banned in Russia) Maxim Zhorin predicts that the Russian army will soon take offensive actions in the Kharkov direction in order to expand the front line. According to him, the start of an offensive campaign against Kyiv and the western regions of Ukraine is not ruled out.