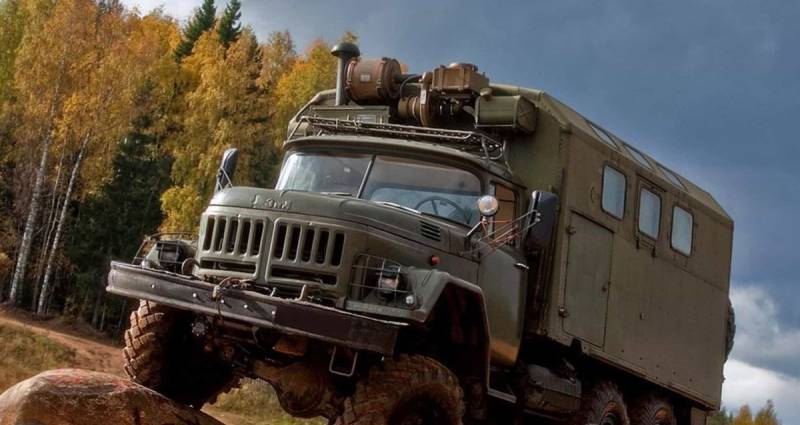 "Now you're in the Army." Part Three

To convey the atmosphere of that time, I will make a few verbose digressions - otherwise the New Year's fairy tale may seem to you unscientific fiction, which, as you know, is located floor above.

Upon admission to our unit and after taking the Oath, any fighter signed several pieces of paper: on employment, that he is now a materially responsible person, a standard subscription on non-disclosure of state secrets for 5 years (from the first company - for 10 years for non-disclosure Particularly Important State Secrets) - well, and another pile of all sorts of pieces of paper.

From the first company, the carriers also received a standard “all-terrain vehicle” pass, in which, among other things, it was written: “To the bearer of this piece of paper, provide all possible assistance and support with all available means and resources of the entire Empire. For failure to provide assistance to the poor driver - execution on the spot.

For example: an attempt by gays to slow down a “zilok” rushing at speed loaded with concrete, which, violating all conceivable and unthinkable traffic rules, rushed through Gorodok at a red light - this is at least a five in places not so remote for the failure to meet construction deadlines Particularly Important Object of Strategic Importance. Pyaterik - in the sense that gays. And if they also asked: “Where are we in such a hurry?...” - this is already a tag, for trying to find out where the new base point of the Strategic Missile Forces is located, which even the Americans did not film on their satellite images. Several articles at once: from high treason to espionage in favor of the worst enemy.

About three out of five flights, even the Head of the AWP should not have known, not to mention the Unit Commander. For they did not have the appropriate degree of clearance. If suddenly all sorts of emergencies arose along the way, then “The bearer of this piece of paper ...” not only had the right to slow down any car (and even the motorcade of the Governor himself) - but he was also directly obliged to do this so that he “... was provided with all possible assistance and the support of all available means and resources of the entire Empire ... ".

The command of the unit saw every fifth of its soldiers only a few times in 2 years of service, and then only in the form of impersonal personal files ... okay, embellished. Every fourth was a "dead soul", the documents for which were brought by couriers of the courier service in sealed envelopes. But. Resources for the part of the Empire allocated "according to the staffing table." As for the same zero paradoxes, for example, in my company it was like this:


But so that you don’t think that it was a “stupid cut of the dough”, worse than it is now: “dead souls” “served” on “tricks”, which, from the height of spy satellites, looked just like real basing points for “vigorous loaves” . Well, then, when we "discharged", it was all officially leaked to "respectable partners", and therefore I am not giving out any state secrets now. And when Bakatin officially handed over to the Americans the wiretapping scheme of the American embassy in Moscow, it was just “icing on the cake”:


If a fairy-tale country could be figuratively compared with a human body, then automobile troops could be imagined as red blood cells that delivered molecules through blood vessels (analogous to roads, paths and paths, of which there were 10%, the rest is “direction of movement”) oxygen from the lungs from the brain to the nail on the little toe of the left foot. And not once, but constantly.

And things happen along the way. Therefore, once a week, all drivers were given coupons for a week ahead for three meals a day, which were accepted by all restaurants, canteens and eateries as full-fledged money. And coupons for visiting the public bath. Well, for gasoline - of course.

In that area fictitious by the Author, only according to official statistics (which, as you know, never lie), the ratio of men and women was 1: 3 ... Therefore, only the last loser, “strong family man” or a complete impotent did not have his own “ a safe haven" in which "it was possible to wait out any storm." Sometimes in the mornings on the parade ground on a divorce in part, in the first company there were more officers of the company than soldiers. Once there was a completely anecdotal incident when in the morning suddenly (without warning) an inspection commission arrived, and in the first company there was not a single FREE SOLDIER except for the company on duty and two orderlies !!! - and half of the second company pretended to be part of the first on the parade ground.