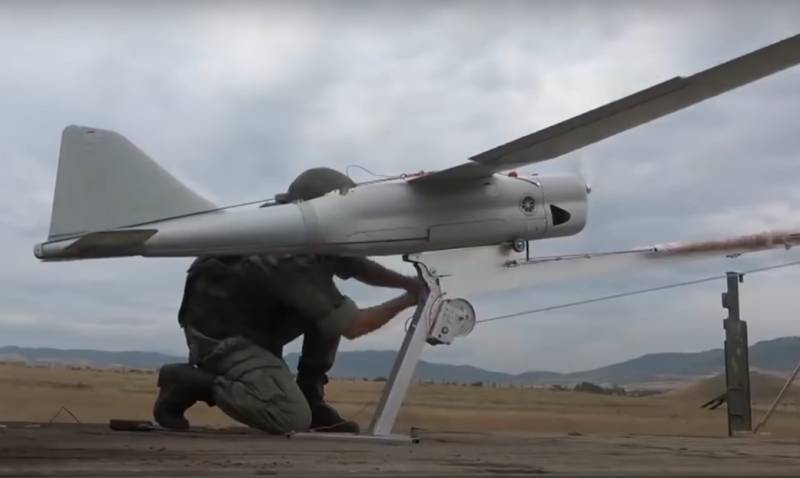 Our SVO in Ukraine made it clear that in modern realities it is almost impossible to conduct full-fledged military operations without the use of UAVs. This is not only about percussion devices. The thing is that reconnaissance and adjustment of artillery today is also carried out by means of drones.


Obviously, at the beginning of the special operation, the RF Armed Forces, to put it mildly, lagged somewhat behind in this respect. At the same time, the West supplied a huge number of UAVs to Ukraine, which undoubtedly contributed to the actions of the Armed Forces of Ukraine at the front.

Meanwhile, our command has drawn the necessary conclusions, and now much more attention is being paid to drones in the Russian troops. Moreover, under the conditions of total sanctions, Russia is actively and quite successfully setting up the production of its own devices.

It should be noted that the development of the domestic UAV sphere is stimulated at the highest level. So, literally today, Russian President Vladimir Putin gave a number of important instructions regarding this area.

In particular, on the basis of the autonomous non-profit organization "Platform of the National Technological Initiative", by June 1 next year, a system of research and production centers for testing and competence in the development of drones accredited by the Federal Air Transport Agency should be created.

In addition, the President ordered the Ministry of Industry and Trade, together with the aforementioned non-profit organization and the Government of Moscow, to ensure annual exhibitions in the field of UAVs until September 1, 2023.

Finally, in accordance with Vladimir Putin's instruction, the Russian government must take all necessary measures to stimulate demand for domestic UAV products, assist in the development of the industry, including with subsidies, and approve a national project for the development of unmanned aerial vehicles. aviation systems by the end of this decade.

All the above-mentioned instructions of the President are published on the Kremlin website.