To the problems of national unity. About the parallels between the two troubles 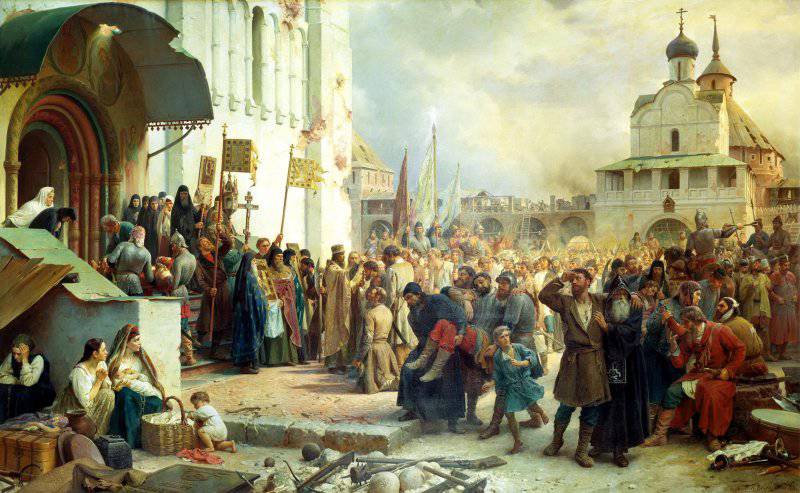 The other day I was invited to the seminar “400th Anniversary of Overcoming Troubles as an Event of a National Scale”, organized by the World Russian People’s Cathedral (ARNS) and the Center for Social and Conservative Policy (CSCP). Starting with a discussion historical dates and formats for the celebration of the anniversary, discussion - and this is not surprising - quickly moved to parallels with today's day.

These parallels were not the most fun. So, historians recalled that the most notable and wealthy families of the state were then the main traitors to the people's interests. And the wording in which the “brief content” of the historical basis of the holiday is given — the people's militia came to Moscow and threw out the western occupiers and the corrupt nobility from the Kremlin — can cause Russians not to have the most appropriate associations ...

But the most pressing issue in the discussion was the very unity of today's Russia. Some experts were convinced that there was no need to panic, there was no “new distemper”, the vertical of power was available, and there was no split in society either - they say, it’s all exclusively in the “Internet”, the press and political get-together. And holidays in the minds of people need to introduce technological methods. Colorful events of reenactors, a military parade on Red Square, a festival with the participation of all the peoples of the Russian Federation, and so on ...

But not everyone was so optimistic, and I am among them. According to pessimists, there is no unity. At least because, in a country where the gap between the richest and the poorest, according to unofficial estimates, is in large cities 30-40 times (decile coefficient), and in Russia as a whole almost to 80 times (while in European countries, these figures are lower by almost an order of magnitude); there can be no social peace and no unity. As one of the speakers accurately noted, “it would be nice if the oligarch Abramovich, in the image of Prince Dmitry Pozharsky, embraced with some homeless person, demonstrating“ national unity ”, but we will never see such TV channels on any TV channels.”

In any village, they understand that the current “elite” got its position not by right of origin (many people today are warm on the idea of ​​the aristocracy as ideal servants of the fatherland, although it was the Time of Troubles of the 17 of the century that showed how “elite” can be “patriotic” , not due to unique entrepreneurial qualities and business talents, and not due to merit of the Motherland. And therefore, the very “civil consensus” between the population, business and the bureaucratic apparatus of power is not and is not expected. Moreover, as one friend of mine knew figuratively, in this triangle everyone hates everyone. The people hate business and government officials for stealing and getting rich, business people, for being “inactive cattle”, and bureaucrats for being “stifling” with their exactions and kickbacks, well, for all that allow themselves to stutter about their rights.

Although in reality things that can unite everyone (except for those who are absolutely insane and directly materially interested) exist. Oddly enough, and no matter how much it contradicts radically different political positions.

This is a real fight against corruption, technological development, not renaming, but a real reform of the law enforcement system. And further on the list.

There are real insoluble contradictions - in political views, economic models, in cultural landmarks. Neoliberal does not embrace the communist, and the monarchist does not embrace them both. But “into the internal opposition” to the state of ordinary people, and not professional oppositionists, is pushed not by politics, but by the non-solution of those pragmatic issues that can and could be solved long ago. And in the first place - the scale of "pilage" and "development", which no one even hides. And that every Russian, even without being able to conduct an audit of Olympic construction projects, sees daily at least in the endless asphalting of already asphalt one.

Against this background, no holidays and parades in honor of anniversaries of unity will add.