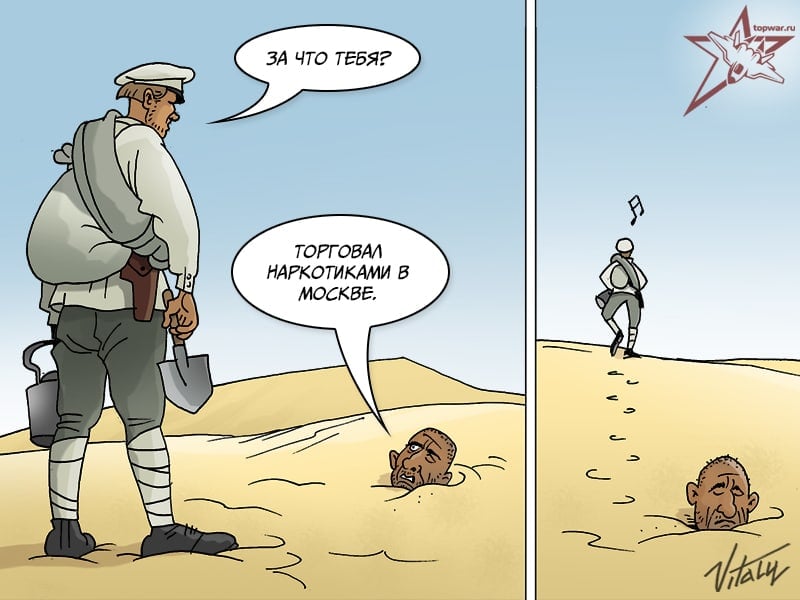 Interior Minister Vladimir Kolokoltsev at the last Anti-Drug Committee announced alarming figures - up to 80 percent of criminal offenses committed by migrants are associated with drug trafficking. In addition to the usual phrases about the need to strengthen control and tightening, Kolokoltsev expressed a completely fair opinion:

“Despite the fact that 16 departments in our country are beneficiaries of migrant labor, and society asks for this site only from the Ministry of Internal Affairs. Through our department, all the relevant instructions to the local territorial bodies have already been given. I ask representatives of other departments and employers to pay attention to this section.”

Quite right, drug trafficking is a multi-headed hydra, and it is necessary to fight the infection in a comprehensive manner. If builders, as they say, cannot do without foreign labor and bring in hundreds of thousands of guest workers from Central Asia, then it is probably wrong to blame all the consequences only on the Ministry of Internal Affairs and the FSB. Especially in the light of a special operation that requires additional effort. 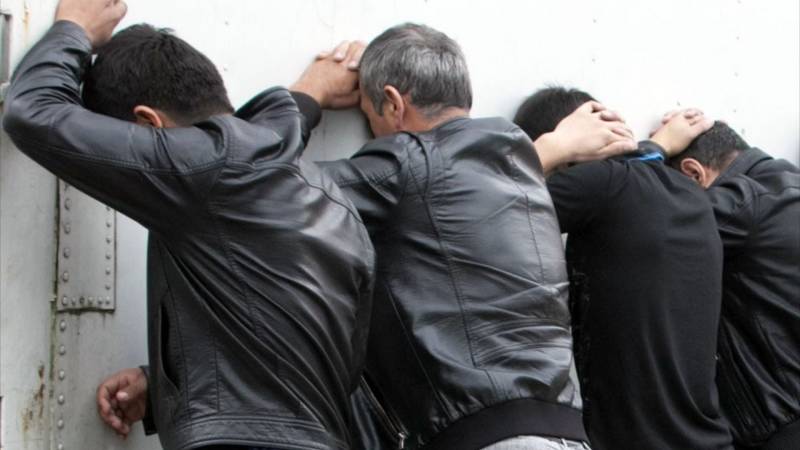 Source: telegra.ph
If you look at the numbers, it is not surprising that it is among guest workers that the drug trade flourishes. And not just thriving, but gaining strength. From 3 to 5 million foreign citizens enter Russia every year, who subsequently work illegally.

This is official data - in fact, the number of illegal immigrants can be safely multiplied by two. Mostly these are people from the countries of Central Asia - Tajikistan, Uzbekistan, Kyrgyzstan, Turkmenistan and Kazakhstan. Each migrant who is not formally employed poses several threats to Russia at once.

Secondly, a shadow mechanism for financing illegal labor is being launched.

Thirdly, a migrant living on “bird rights” is forced to turn to criminal structures for protection. To all appearances, this is very beneficial for the very 16 departments that Vladimir Kolokoltsev spoke about. No matter how hard our valiant police try, they will never be able to catch criminals faster than departments will let muddy migrants in.

In Central Asia, the system of supplying drugs to Russia has been worked out to the smallest detail. According to the Ministry of Internal Affairs, the traffic of illicit substances from Afghanistan trace after trace coincides with the channels of both illegal and legal migration. If a few years ago the banned goods went mainly to central Russia, now the drug lords have expanded to Siberia and the Far East.

This is largely due to large infrastructure projects that are being implemented by the state in remote regions. A vicious circle has formed - where the big state money goes for construction, masses of migrants are also attracted there, a considerable part of which are illegal immigrants.

Such workers not only often suffer from addiction themselves, but are also “sales managers”. Following this, kilograms of narcotic drugs, psychotropic substances and their precursors come to the region. Kilograms is still very mildly said. 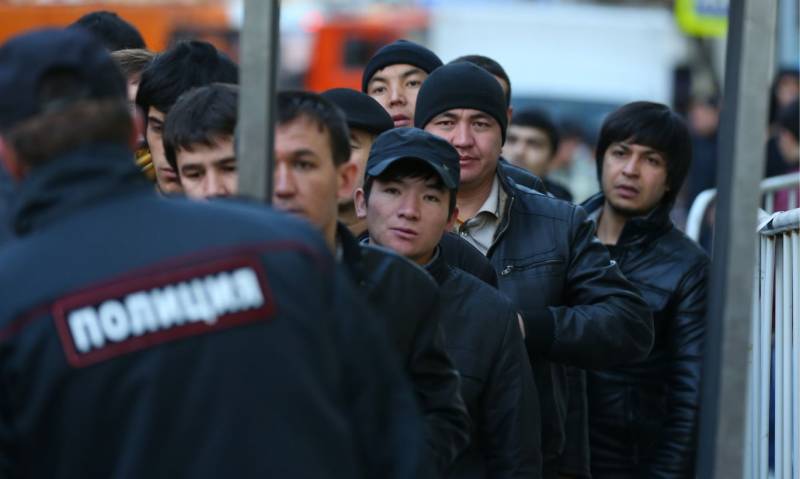 The increase in the number of drug-related crimes among migrants is a direct consequence of the dishonesty of the structures that use the labor of migrants. For example, at the end of last year, the Ministry of Construction asked the state for simplified entry for labor migrants. At that time, there was a labor shortage in the labor market, which could lead to an increase in the cost per square meter of housing. Only this is not entirely true.

Last year, there was an explosive growth in demand for real estate, which developers could not help but take advantage of. And they were not ready to share the margin - they needed to recoup the losses of the covid depression. Therefore, the only way out was to open the borders for everyone who wanted to work on Russian construction sites. Hence the rise in drug trafficking.

To be fair, this shocking performance is partly due to the low base effect. In past years, covid did not allow the active importation of guest workers, and when they went like a wide river, the growth of drug trafficking showed double-digit numbers.

And in the very near future, the second series awaits us - 16 departments designated by Kolokoltsev will ask for another relief at the borders. The reason will be called 300 thousand mobilized, whom the army withdrew from the labor market. It is necessary to replace someone, and guests from Central Asia are just right here. And you can’t argue if you don’t read the essence of the problem. Developers and other users of migrant labor, as one, refuse to hire Russians because of the high associated costs.

The notorious welfare package is really uneasy история. They threaten with a serious increase in the cost of housing, street cleaning and other services that are supported by migrants. They only forget that the money paid to citizens of the near abroad almost completely leaves Russia. The salaries of the Russians, on the contrary, remain inside. Now the situation is when you don’t particularly ride in foreign resorts, and not everyone can buy a foreign car.

Simple financial logic suggests - raise people's salaries, they will reach out to you, and the notorious circulation of money in Russia will start. And they will be more willing to buy your own apartments. The logic is simple, but completely unprofitable for employers who receive huge profits from unregistered labor. It was still somehow possible to endure before, but now history is densely overgrown with drugs that threaten to destroy entire generations. 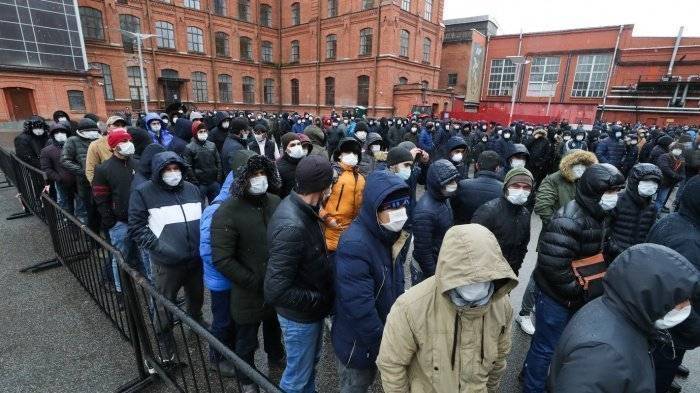 Source: islam-today.ru
Fighting hydra is difficult, but possible. First of all, a healthy bureaucracy. The state, as the main regulator, needs to think about restrictive requirements for the employment of migrants. For example, introduce quotas for the number of jobs for citizens of the country and for visitors.

The second step is to stimulate competition among Russians for jobs previously occupied by guests from neighboring countries. Honest businessmen cannot be put in a hopeless situation - he raises the salary and maintains the quota, while the Russians work carelessly. When an employer has the leverage to fire a snickering slacker with a Russian passport, the next one will think eight times before folding his pens. In a situation where the hands of guest workers are indispensable, new approaches to filtering unwanted elements are needed.

The personal responsibility of employers for each guest worker will look great. They took one with a couple of grams of a prohibited substance - the owner of the company is also under investigation. You may not bring it to a real criminal offense, but you can impose heavy fines. And here it does not matter whether the migrant worked officially or from under the counter. In this situation, the employer will think several times whether or not to take a new employee to the state. Or preliminarily study the whole ins and outs of the applicant?

For some, the above measures will seem too complicated, or ineffective, or too naive. In any case, new steps should be taken - the previous security measures are clearly not enough.