Massive breakdown of the German Puma infantry fighting vehicles: it seems that the military is to blame for this, not machine defects 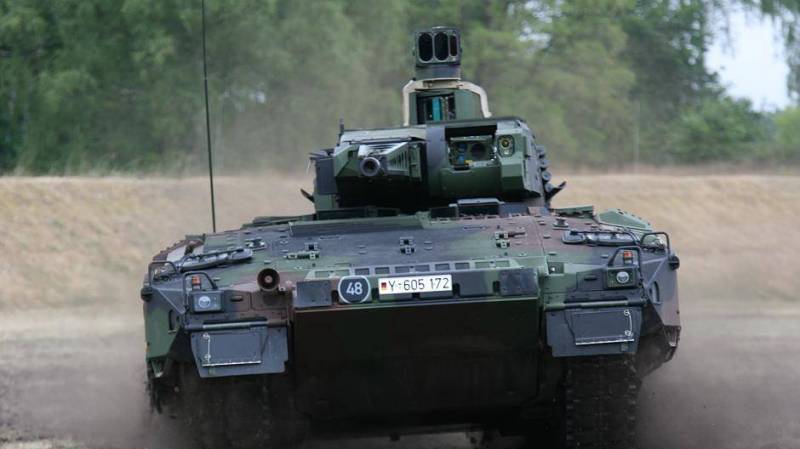 Perhaps the scandal with the massive breakdown of the advanced German infantry fighting vehicles "Puma" has already become known to the whole world. But if someone has not heard, then we will tell briefly.


On December 17, the German edition of Spiegel published a devastating article in which, with reference to a letter from the commander of the 10th armored division, Butler, it was told about the catastrophic situation: during the exercises of the 37th panzergrenadier brigade, all the Pumas in its composition in the amount 18 units were out of order. This report of the general caused such a strong response that the German defense department even refused to further purchase upgrade kits for this BMP.

All the media, ours and Western, literally exploded with all sorts of publications - from neutral to openly gloating in the style of "played out with this unnecessary and expensive thing" (in a mild formulation). But it seems that the military themselves had a hand in this.

"Puma" is really a problem car

It is hard to disagree with the fact that Puma has long acquired a reputation as a "difficult child" and a "black hole" or "bottomless barrel" for financial injections. And indeed, it costs about 17 million euros per unit, it was put into service seven years ago, and the entire Pum fleet has not yet been brought to full combat capability.

In our country, and in the West too, the term "incompetent" in relation to the "Puma" is attributed to a too unambiguous interpretation in style: it will not even reach the battlefield and will stand up due to defects or software errors. In reality, even after the elimination of all problems, a fully combat-ready infantry fighting vehicle will become after its integration into a single command and control system and synchronization with the “infantry of the future” kit, which combines the information channels of the “Puma” and its infantry squad into a single whole, about which there is a lot of information on the network - Anyone can read if they want. Therefore, it is too early to talk about the readiness of the machine in any case.

However, it is impossible to deny the existence of technical difficulties. "Puma" is an extremely complex product, rich in technological innovations and total digitalization of all its components. It won't work the first time around. 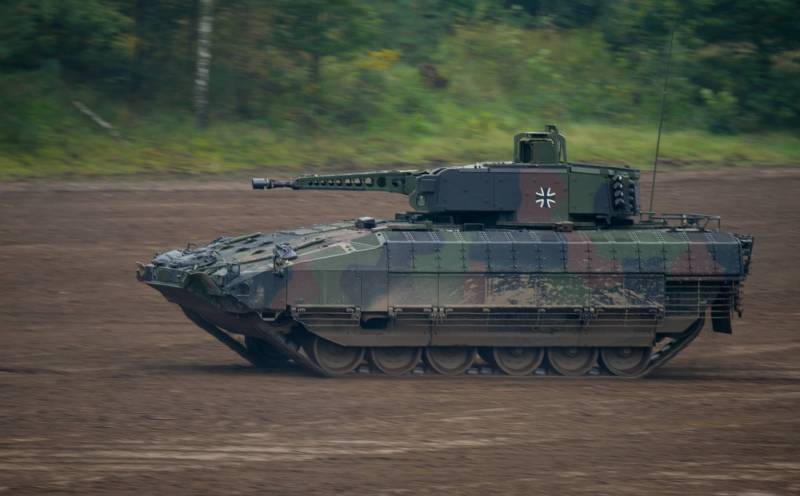 Even from the moment of trial operation and ending with the current use in the troops, the manufacturer, as well as the military and political leadership, regularly laid down on the table multi-page reports containing hundreds of points and recommendations about shortcomings. Some of them were corrected under the Puma technical support contract, while the other part was waiting for global waves of modernization. But in general, the shoals remain to this day.

Electronics were criticized for failures and defects, including a complex fire control system and the operation of automated software control of machine components planted on a single decentralized data exchange bus. Questions were raised by the actuators and systems of the BMP, communications, and so on - it’s impossible to list everything. In the end, there were and are indignations about ease of use: insufficient visibility from the driver's seat, poor contrast of black and white displays, the impossibility of normal aiming when driving at certain speeds due to body shaking, etc.

The government knew about this for a long time, and they knew it very well. Therefore, today's guesses that the German Minister of Defense was deceived (or deliberately spent the budget on unpromising equipment) remain only guesses.

But then why was it so "bombed" with this massive breakdown?

Because the Pumas were special, just like the 37th Panzergrenadier Brigade was special.

Not ready for the parade

Remember 2014? Crimea became part of the Russian Federation, fierce battles began in the Donbass, and the NATO organization decided to create a highly mobile high-readiness joint task force (VJTF). The goals of the formation of this grouping are in principle clear and without any special explanations - the fastest possible arrival of an advanced military contingent in the area of ​​​​combat operations in the event of Russian aggression against a member state of the North Atlantic Alliance.

Of course, this joint group is a fairly combat-ready unit within the NATO Rapid Reaction Force. But to a large extent, it also performs a demonstrative and, if I may say so, ceremonial function, designed to show allies and opponents the level of technical equipment, training and coherence in the combat work of troops. In general, it is impossible to lose face. In addition, it is better not to come up with a training ground for active running-in of equipment.

In 2023, Germany, namely the 37th Panzergrenadier Brigade with its ill-fated Cougars, should become the “star of the parade” and the leading country of the VJTF. 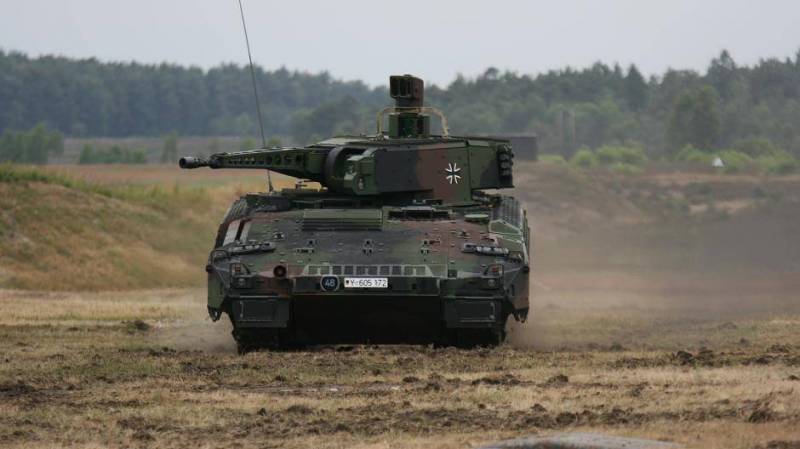 Now you can imagine the faces of the military and politicians when an elite brigade, chosen as the leader in such an event, almost immediately loses the entire fleet of its infantry fighting vehicles in a few days. Moreover, Butler decided to savor it and spoke in an extremely derogatory way about the “Pumas”, they say, there was not a single “live” left in my brigade, all 18 were out of order, the last two combat modules were covered, and another one even caught fire. In general, a spit in the face of the manufacturer is obvious.

Moreover, it has been suggested (for example, in Janes magazine) that it was not about simple Pumas, but about modified ones and received the VJTF index (VJTF23) - the same abbreviation as the joint high-readiness group. In total, the Bundeswehr has 40 units, and they represent a kind of elite among the rest of the BMP of this model.

The machines have undergone a deep modernization in order to correct some defects, including electronics and communications. In addition to everything, they were prepared to use the MELLS multifunctional missile system (the well-known Spike), as well as to synchronize with the system of that very “soldier of the future”. In fact, these are almost fully combat-ready infantry fighting vehicles that were planned to be used in 2023 as part of the VJTF. 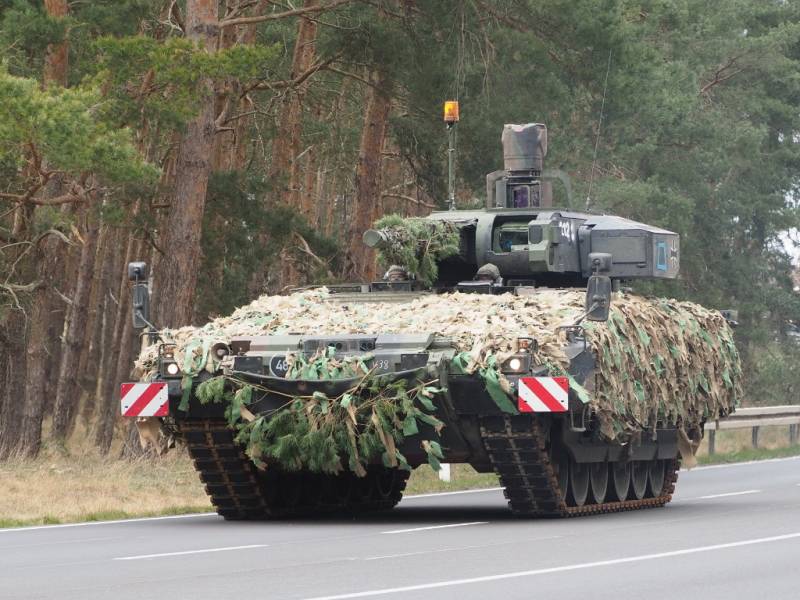 BMP "Puma" modification VJTF
In addition, the Bundeswehr ordered the modernization of 150 (other sources 154) vehicles to the S1 standard, which is a slightly more improved version of the VJTF. In this regard, the harsh statements of the German Ministry of Defense that the purchase of modernization packages for the Pum is suspended until the circumstances are clarified are understandable.

But the point is not whether there were simple "Pumas" or modernized ones, since important circumstances were revealed that completely change the essence of the problem.

It seems that it is not defects that are to blame, but the military

A couple of days ago, an article was published in the German magazine FAZ in which the manufacturers and the military themselves gave some comments that completely change the idea of ​​\uXNUMXb\uXNUMXbwhat happened.

After all the 18 out of order Pumas were subjected to a thorough inspection, it turned out that only two of them were in critical condition and really needed complex repairs. This is an infantry fighting vehicle in which a fire broke out due to a damaged cable in the control room, and another with a failed combat module, in which one of the components of the mechanism that sets this thing in motion is broken. At the same time, as the representatives of the manufacturer noted, this component cannot break on its own (perhaps, we are talking about some kind of gear), so the most likely option is that they banged something or drove somewhere.

The remaining 16 units had light malfunctions. Moreover, as indicated, the nature of these problems was more operational. So, as examples, a crushed display is given (probably they just stood on it with a foot), a loose fastening of a guided missile unit and some problems with heating inside the BMP. 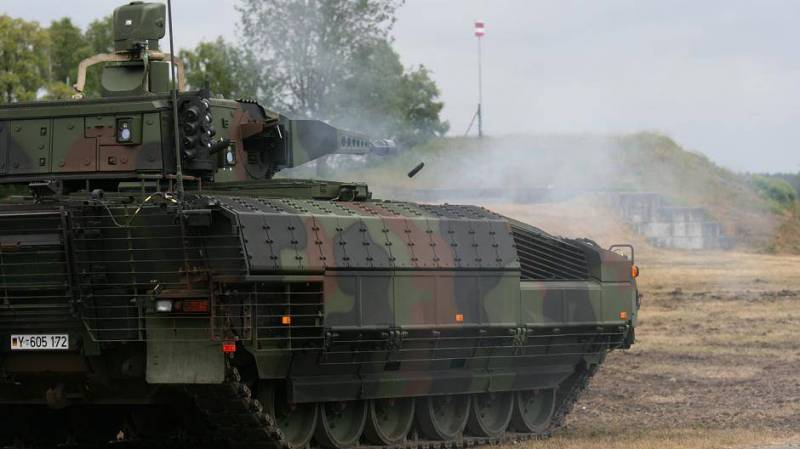 Moreover, it turned out that ten Cougars had already worked out a decent amount of time and were about to leave for the next maintenance, and two more had already processed this period and needed it for a long time. The most interesting thing here is that the vehicles of the 37th brigade were used extremely intensively and were constantly transferred from company to company, where they were exploited literally to failure. One of the officers even gave these infantry fighting vehicles an apt nickname, which we cannot publish verbatim for reasons of censorship, but in a mild form it sounds like “wandering women with low social responsibility.”

At the same time, representatives of the manufacturer were present at the exercises, which was confirmed by the German defense department, but, according to some reports, they were simply not allowed to the broken Cougars. In this regard, the military was asked why requests for repairs and spare parts were not submitted in a timely manner when the BMP was just starting to break down, since manufacturers and the government were faced with a fact when the entire fleet of the brigade was out of order.

To be honest, the BMP scandal came out notable - those vehicles that were intended for the advanced unit, which would lead the highly mobile high-readiness joint task force, broke down. And already it seemed like they decided that instead of the Puma, the rather outdated, but reliable Marders would go there. However, all this fuss begins to flow into a different plane.

Yes, the new infantry fighting vehicles have problems, but due to all the circumstances that have come to the surface, some political leaders in Germany are already demanding that they start checking on the fact of improper supply of the brigade with spare parts and hiding data about Puma breakdowns in this military unit. In this case, naturally, the military is blamed, who did not report anything in a timely manner, trying to push the shortcomings of the supply service into the far corner.

Naturally, little time has passed and we may see many more details of this case. It is still difficult to say who is right and who is wrong, but with some degree of probability it can be argued that the very defectiveness of Pum in this situation played far from the main role. And even more so, no one will refuse it, no matter how various experts vote about it. Too much money has been invested in this project, and its future is far from being as vague as it might seem.