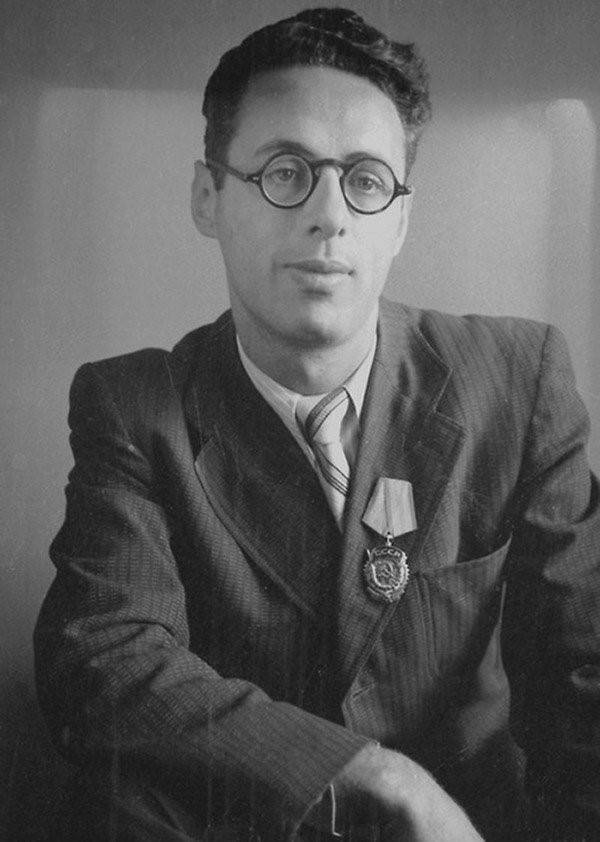 "When war is declared, the first victim is the truth"
- said the British politician and writer Lord Arthur Ponsonby. And it is difficult to disagree with this, because the information confrontation always begins much earlier than the official declaration of war and the first cannon shots.

During the Great Patriotic War, propaganda reached a new level; in the interests of achieving victory over the enemy, it not only distorted, embellished or hushed up the facts, but also created its own reality. Enemy propaganda was led by the all-powerful Joseph Goebbels, whose name has become a household name for an unprincipled, deceitful and at the same time deeply knowledgeable propagandist.

However, Soviet propaganda eventually managed to outplay Nazi propaganda. How exactly she did it, we will tell.

In 1928, the aforementioned Arthur Ponsonby published Lies in Wartime. In it, based on the experience of the First World War, he described the basic principles of military propaganda. However, these principles turned out to be so universal that they were used with minor variations in almost all subsequent wars. And World War II, of course, was no exception. 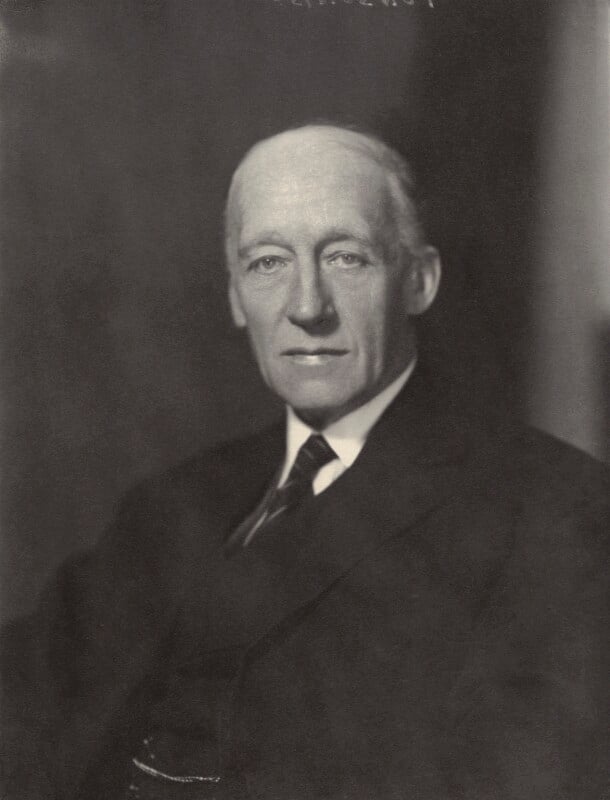 Arthur Ponsonby
So what are these principles?

first – to convince everyone that we are against war and for world peace. All the blame for the outbreak of war lies entirely with the enemy.

Second - to show in every possible way that the enemy is the embodiment of all evils, and that a criminal with all possible vices leads the enemy country.

The third - all crimes committed during the war to be declared the work of the enemy.

Fourth - minimize your losses during combat operations and exaggerate the losses of the enemy many times over.

Fifth - as far as possible, hush up your own failures, inflate the failures of the enemy to incredible proportions.

Sixth – repeat that many prominent and respected people are on our side, including cultural figures, scientists, writers, etc.

Next - talk about the sanctity of our mission, about the right cause for which we are fighting.

Finally, last thing - Anyone who doubts our propaganda is a traitor.

As you can see, following these simple principles clearly, Soviet propaganda did not even have to invent anything in a number of points. So, for example, no one doubted that the war was started by Germany, that the Nazis were committing terrible crimes in the occupied territories, that a criminal was leading the enemy country, that many other countries supported us, because this was already true.

Thus, despite the fact that propaganda, by definition, is never objective, open lies were not always resorted to. Moreover, no propaganda that claims to be successful can be 100% false. Such propaganda will soon cease to be believed, and it is easy to expose and refute it.

The Soviet Information Bureau, often abbreviated as Sovinformburo, was founded on June 24, 1941. It was on this department that the main burden of propaganda work during the war fell. It was in charge of compiling reports for radio, newspapers and magazines about the situation at the fronts, the work of the rear, about the partisan movement, and informed the population about many other important events. The department included a military department, a translation department, a propaganda and counter-propaganda department, a department of international affairs, and others.

For most, the Soviet Information Bureau is associated primarily with Yuri Levitan, who, with his inimitable voice, read out front-line reports throughout the war. But in addition to Levitan, practically the entire cultural elite of the country of that time also collaborated with the Sovinformburo, including such writers as Valentin Kataev, Boris Lavrenyov, Leonid Leonov, Alexei Novikov-Priboy, Ilya Ehrenburg, Evgeny Petrov, Boris Polevoy, Sergey Sergeev-Tsensky, Konstantin Simonov, Alexei Tolstoy, Alexander Fadeev, Korney Chukovsky, Konstantin Fedin, Mikhail Sholokhov and many others.

Despite the fact that all reports began with the words “Moscow is speaking,” the broadcasting studio of the Sovinformburo was not in the capital. In 1941-1943, it was located in Sverdlovsk, and from March 1943 until the end of the war - in Kuibyshev. 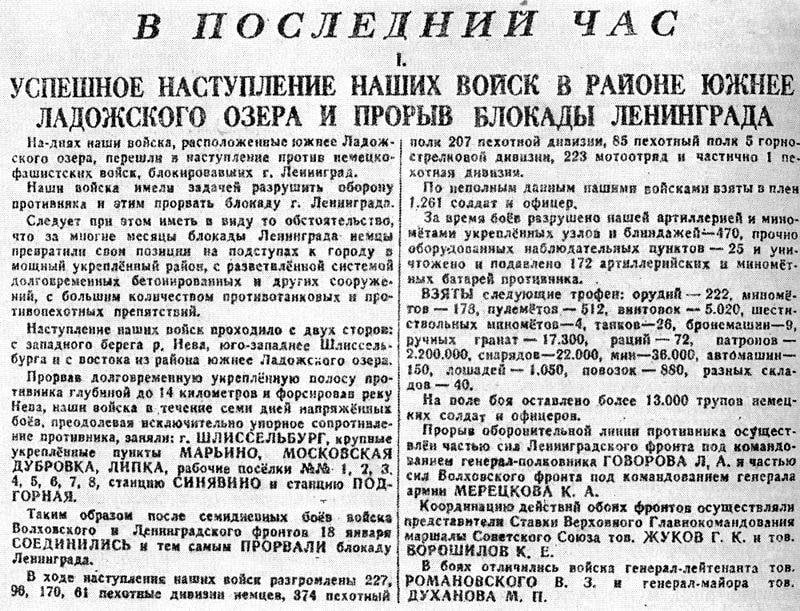 All military reports were previously submitted to Stalin himself, and he always made changes to them. Vladimir Kruzhkov, an employee of the department, later recalled:

“Reports about the battles on the fronts were submitted to Stalin before release. If things went badly, they returned from him unrecognizable... The leader did not spare the Germans. If, according to our reports, we count all the aircraft lost by the enemy, Tanks, ships, guns and manpower, then neither in Germany, nor in Europe captured by it, there would be no people or equipment left by the middle of the war.
Here we see one of the principles of military propaganda mentioned above - to exaggerate the losses of the enemy and downplay your own. In cases where it was no longer possible to hush up unflattering information, it was reported a few days later. This concerned, first of all, information about the abandonment of cities by the Red Army.

Yuri Levitan came to Moscow from Vladimir as a 17-year-old boy in 1931. At first he tried to enter the cinema school, but unsuccessfully, the teachers only laughed at his Vladimir dialect. Then I accidentally saw an advertisement for the recruitment of announcers on the radio and decided to try my hand. He was hired, but only as a cleaner of the premises. Only a few months later, the leadership entrusted him to read messages on the air.

Levitan at this time worked hard on his pronunciation. For 10 hours a day, he trained to pronounce correctly and put stress in words, worked on the clarity of diction, developed his own style of reading texts on the air. And these trainings were not in vain: already at the beginning of 1934, Stalin heard one of Levitan's messages on the radio, and immediately drew attention to the young announcer. Then Levitan was assigned the first serious task: to read a report on the party congress on the radio.

As you know, the news of the German attack on the USSR took the Soviet leadership by surprise. Molotov notified the country about the beginning of the war only 8 hours after the invasion of enemy troops. Stalin, for reasons that are not completely clear, generally first addressed the people only on July 3, that is, on the 11th day of the war.

On the same day, July 3, the first personal meeting between Levitan and Stalin took place. After that, the announcer throughout the war every day, without holidays and days off, read out reports from the fronts. In total, he read about 2 bulletins and 000 emergency messages.

The timbre of Levitan's voice and manner of speech had a great moral impact on the listeners. Marshal Konstantin Rokossovsky once equated the voice of Levitan with an entire division in importance for the front. Already after the war, the pilot-cosmonaut and twice Hero of the Soviet Union Georgy Beregovoy recalled:

“During the Great Patriotic War, Yuri Levitan’s voice sometimes sounded muffled and mournful, but still firm - he inspired hope that victory would certainly come. And how jubilant was this voice that informed the world about the first salute in honor of our victory at Belgorod and Orel! Levitan seemed to foresee even in those days our final victory over fascist Germany. In general, he was able, like no other speaker, to express both the general sadness of the people and their general joy.
The meaning of Levitan's voice was quickly understood on the other side of the front. It is known that Hitler considered him a personal enemy and even put a reward on his head. The amount of remuneration in different sources varies - from 100 to 300 thousand Reichsmarks. In any case, the amount is more than significant: the elite Mercedes-Benz 770, which Hitler himself drove and which was beyond the reach of ordinary mortals, then cost 30 Reichsmarks.

There is even a version that the Nazis were preparing a special operation to kidnap and transport Levitan to Germany in order to force him to work for the Germans. To prevent this, guards were assigned to the announcer, and his location and even appearance were kept in strict confidence.

Indeed, for many years Soviet citizens knew Levitan only by his voice and had no idea what he looked like.

Already in the post-war years, an interesting incident occurred. Levitan was invited to a meeting of front-line soldiers, a huge hall gathered, everyone was waiting for the famous announcer. When he appeared, there was a stampede at the entrance.

Levitan politely asked people to make way and introduced himself, but no one believed him. In a short and thin young man, no one could imagine the owner of a powerful voice. Then the announcer had to show his ID.

And only when he began to speak into the microphone, did everyone recognize that famous voice that had been informing them about the situation at the front for several years.