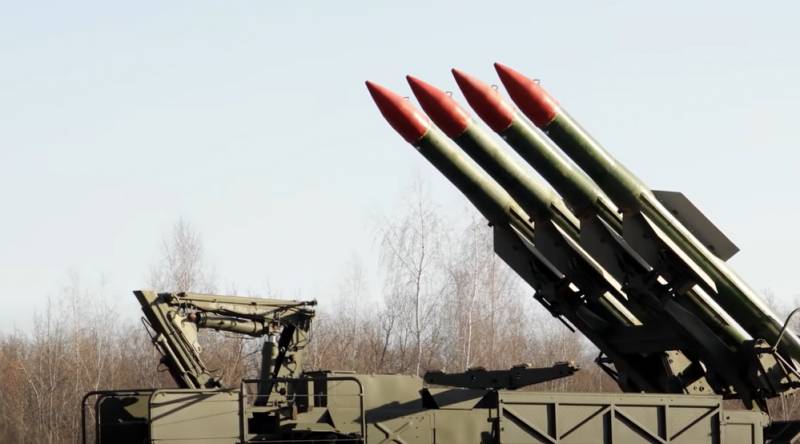 This year, the air defense of the Ground Forces of the Russian Federation is celebrating 107 years since its inception. The date of celebration of the Military Air Defense Day is December 26 - the countdown goes from 1915.


In the midst of the First World War, the Chief of Staff of the Supreme Commander-in-Chief, Mikhail Alekseev, signed an order to form the first artillery batteries for firing at air attack. Rapid development aviation, airships, balloons, demanded from the military-industrial complex of the country an early and worthy response. Aircraft of the German and Austro-Hungarian empires were the first targets of guns firing "at the zenith". By the way, hence the name of the emerging anti-aircraft artillery. 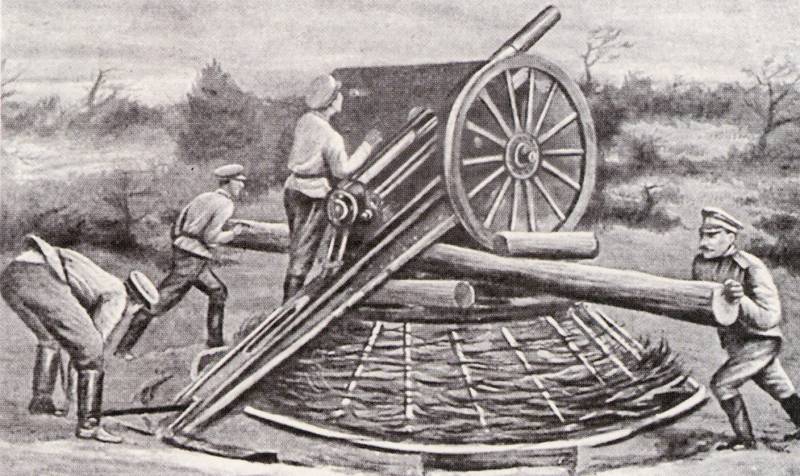 Without thinking twice, they decided to modernize the most famous and well-established 76,2 mm divisional gun, the famous "three-inch" model of the early 5th century. Artillery officer Captain Vasily Tarnovsky and engineer of the Putilov plant Franz Lender placed the gun on a pedestal installation and mounted it on the platform of a 65-ton vehicle of the American White company. As a result, the anti-aircraft gun, with the possibility of circular fire and an elevation angle of 3 degrees, was put into service under the name "1914-inch anti-aerostatic gun of the 1914 model of the Putilov factory on an automobile installation." The first air defense units were batteries of four guns. It was these anti-aircraft guns that covered the sky over Petrograd in November XNUMX.

The first major losses from anti-aircraft artillery fire were suffered by German aviation in the spring of 1915. In just a day, Russian anti-aircraft gunners of the North-Western Front shot down 4 aircraft of Kaiser Germany. During the years of the First World War, Tarnovsky-Lender anti-aircraft guns were installed on armored trains and critical facilities. They were also deployed to protect Tsarskoye Selo, but already in the spring of 1918, they covered the sky over the Kremlin when the Lenin government moved to Moscow. After October 1917, the Bolsheviks got about 70 anti-aircraft guns, but during the Soviet era more than 1000 were produced, and they were used in the flesh until the end of the Great Patriotic War. 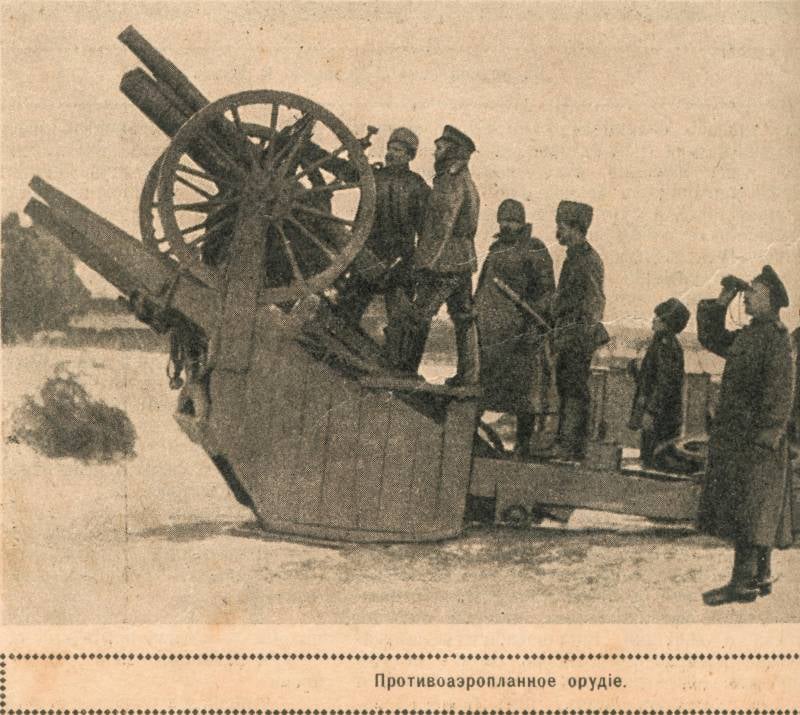 The interwar period became a stage in the rapid development of the anti-aircraft artillery of the Red Army. The air force was definitely perceived as a decisive factor in the coming war. In 1930, the Air Defense Directorate was formed, which by 1941 was transformed into the Air Defense Forces. Modern for that period radar detection and gun guidance, aircraft radars and artillery anti-aircraft fire control devices were created and put into service. By the beginning of World War II, Soviet air defense units were armed with 3329 medium-caliber anti-aircraft guns (76,2 and 85 mm), 330 small-caliber guns (37 mm) and 650 anti-aircraft machine guns. In addition, 45 radar stations, more than 1500 anti-aircraft searchlights and about 850 air barrage balloons were in service. In total, more than 182 personnel served in air defense units and formations. During the war years, air defense forces shot down 7313 enemy aircraft. 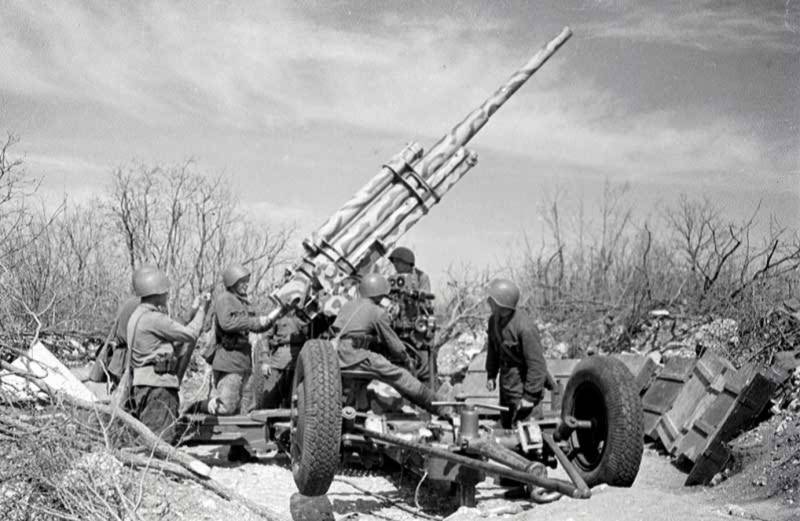 After the end of the Great Patriotic War, with the development of jet aircraft and unmanned aerial attack vehicles, the air defense forces received further structural and qualitative development. On August 6, 1958, all ground assets and forces of the military air defense were withdrawn from the combined arms artillery and merged into an independent branch of the army - the Air Defense Forces of the Ground Forces. Modern anti-aircraft missile systems were put into service. A landmark indicator of the combat readiness of the USSR air defense was the American high-altitude reconnaissance aircraft U-1 shot down on May 1960, 2. Two S-75 air defense missiles hit their target in the sky over Sverdlovsk. 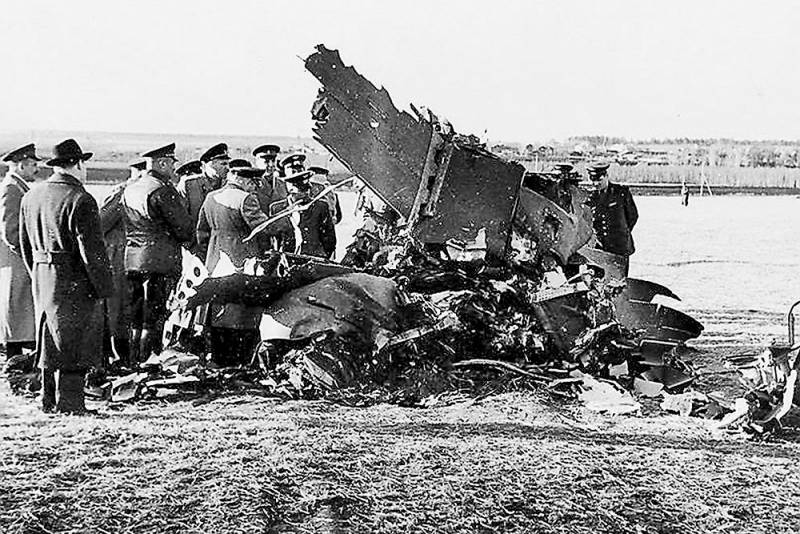