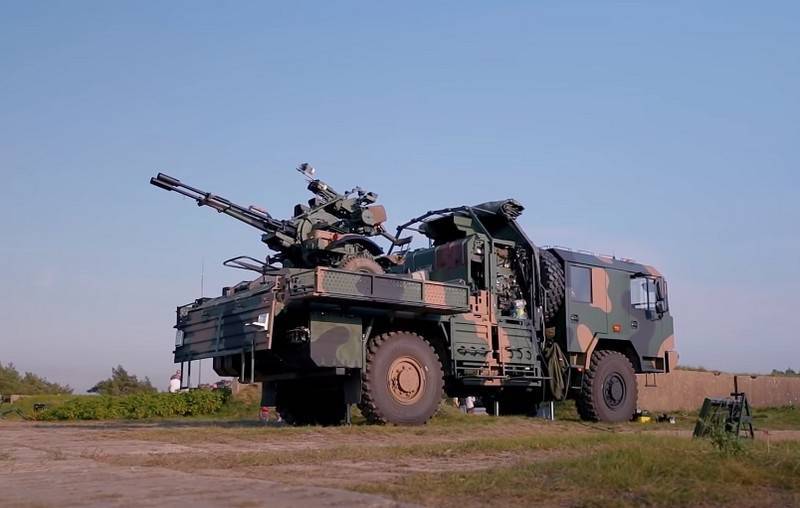 
According to the press service of the Polish military department, both batteries were delivered to units of the 3rd Warsaw Anti-Aircraft Missile Brigade. The contract for the production of six batteries of anti-aircraft installations in 2020 was received by the Polish state-owned company PGZ.

The battery of the Pilica short-range air defense system consists of six firing systems, each of which is separately transported or towed by a truck.

The PSR-A Pilica short-range anti-aircraft missile system includes the ZUR-23-2KG Jodek-G anti-aircraft gun, as well as two short-range Grom / Piorun guided missiles. The new version of the Pilica + system is equipped with MBDA CAMM missiles. One battery includes six combined complexes, as well as artillery tractors, a command post, a radar station, 2 transport vehicles and 2 vehicles with ammunition. The main purpose of this air defense system is to cover the batteries of the Patriot system.

ZUR-23-2KG Jodek-G was created on the basis of the Soviet 23-mm ZU-23, the Piorun complex (originally designated as Grom-M) is a further development of the Grom MANPADS, which was originally a licensed copy of the Soviet Igla-1 MANPADS. The declared firing range of the gun is 2 km, MANPADS - 5 km. Each installation can work both autonomously, as it has a computerized fire control system and optoelectronic devices, or be integrated into a layered anti-aircraft defense system, receiving target designation from an automated control system.
Military Reviewin Yandex News
Military Reviewin Yandex Zen
21 comment
Ad