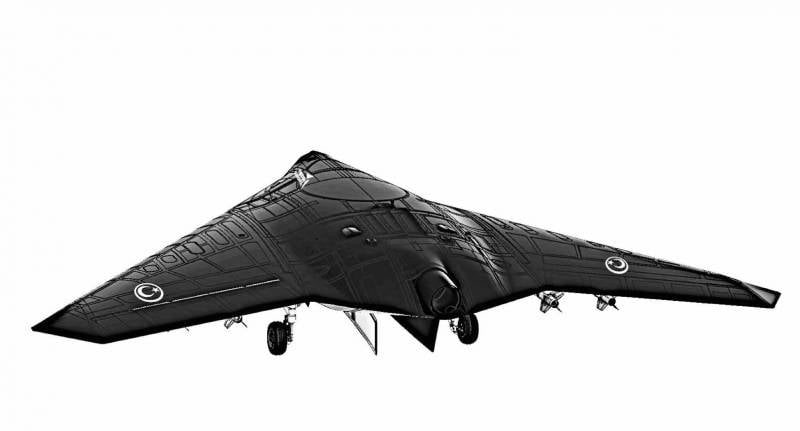 Turkey actively develops, manufactures and exports unmanned aerial vehicles. Along with conventional UAVs, the Turks are also developing jet-powered drones, such as the Bayraktar Kızılelma. Soon, another Turkish device will be added to it.


Turkish company TUSAŞ Engine Industries, a subsidiary of Turkish Aerospace Industries (TAI), has begun development of a new heavy jet-powered drone called the Anka-3. The assembly of the first prototype and the start of testing are scheduled for the next year, 2023, so far only an image of a promising UAV has been shown.

(...) Anka-3 is a new generation project that will take the capabilities of unmanned aerial vehicles to a higher level (...) it will open a new page in the field of UAVs with its jet engine and speed, large payload and almost invisible design on radar . Next year we will continue to share good the news from our project
Turkish President Recep Tayyip Erdogan said.

Judging by the image, the Turkish Anka-3 UAV resembles the Russian S-70 "Okhotnik" UAV, also made according to the "flying wing" scheme. The maximum takeoff weight of the Turkish drone will be about 7 tons, it will be equipped with a turbofan jet engine.

It is planned that the new drone will be able to attack ground targets even in areas with a strong air defense system thanks to its armament and its design, invisible to radar.