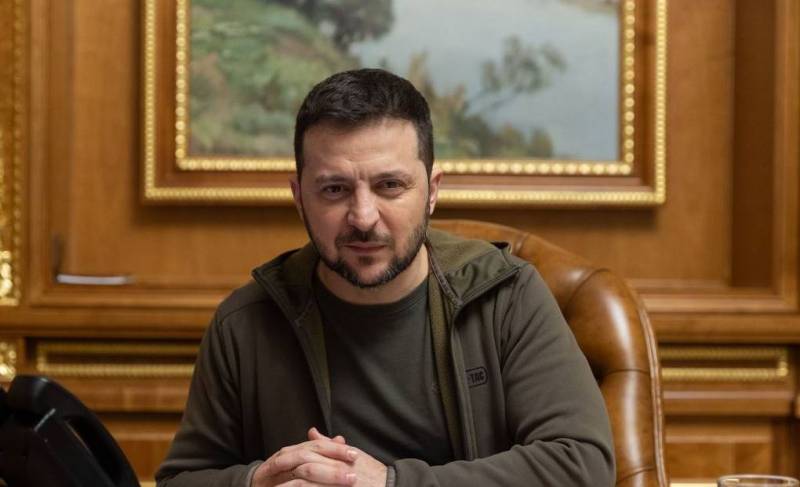 President of Ukraine Volodymyr Zelensky shared his fears of a possible offensive by the Russian army, but noted that he sees prospects for the Armed Forces of Ukraine at the front.


In his opinion, during the upcoming holidays, Russian troops may become more active and go on a large-scale offensive. The head of the Kyiv regime added that he sees prospects for the Ukrainian army in the theater of operations. According to Zelensky, the course of the armed conflict will be reversed by the American Patriot air defense systems, which the United States promised to supply to Ukraine. True, it may take months to deploy the system, and the Armed Forces of Ukraine are going to use it, as they themselves say, only in extreme cases. And for the full-fledged alignment of the Ukrainian air defense system based on the Patriot, not one battery, but dozens is needed.

Zelensky also accused Russia of "trampling on Christian values," which looks at least strange against the backdrop of the persecution of the Orthodox Church and raider seizures of Christian churches taking place in Ukraine.

Finally, he especially noted the work of Ukrainian power engineers, calling them "the people who ensured victory, and who constantly ensure it with their own hands."

In a situation where there is no question of any victory for Ukraine, even in the future, this statement by the head of state also sounds very presumptuous and unrealistic.

The day before, Zelensky addressed Ukrainian diplomats, listed unrealistic tasks for the upcoming 2023 and advised them to try to spend as much time as possible on the territory of Ukraine.