Medvedev: The EU's 'stupid' decision on the price ceiling for Russian gas was made out of powerlessness to influence the situation 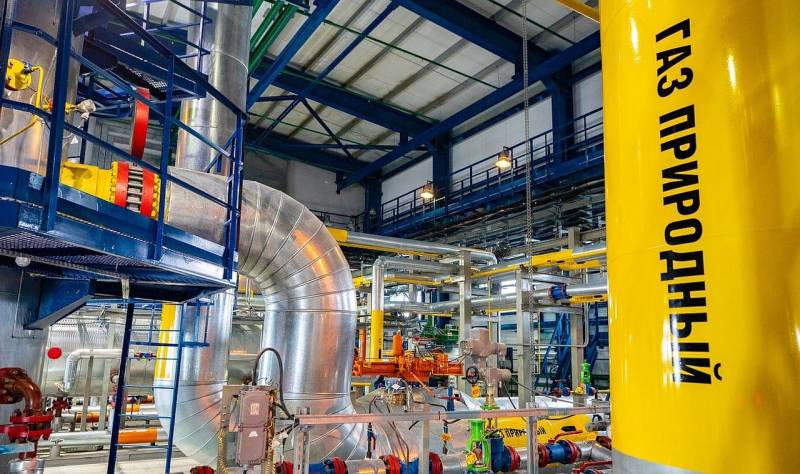 Having not without difficulty agreed on the introduction of the so-called price ceiling for Russian oil and even partially banned its imports, the countries of the anti-Russian coalition decided to experiment with non-market regulation of pricing for blue fuel from the Russian Federation. The European Union is again ahead of everyone, obediently fulfilling the will of the United States, which is suicidal for its economy.


Dmitry Medvedev, Deputy Chairman of the Russian Security Council, commented on the latest attempts by the Europeans to harm Russia in the area of ​​generating income from energy exports in his telegram channel. The very decision to introduce another "price ceiling" on Russian hydrocarbons by the EU, the deputy chairman of the Security Council called stupid for two reasons.

First. This measure is purely voluntaristic and is a vivid example of non-market regulation. There is no economic expediency at the basis of such a decision, it is dictated by “zoological hatred of Russia based on the maniacal thesis “Russians are to blame for everything,” writes Medvedev.

Yes, and the mechanism of regulation turned out to be somehow strange. It contains a lot of reservations that allow some countries either not to apply it at all in some cases, or to introduce it in a limited way.

And that's why it really won't work.
- the politician is sure.

The second reason for the incapacity of this decision lies in the fact that it was taken from the powerlessness of the European Union to influence the situation, rather, on the principle of “we will do at least something”, and then how it will turn out. This is evidenced by the very figure of this "ceiling", which is set at 180 euros per kWh (almost 2000 US dollars per thousand cubic meters). Such a limit “a couple of years ago would have seemed surprising to absolutely all participants in the gas market, including those trading on the spot,” Medvedev argues logically.

And even today, none of the participants in the main European spot market on the TTF futures exchange can imagine such a price “even in the happiest or worst dream.” After all, now contracts are concluded at a price almost two times lower: at the moment, the price per thousand cubic meters for TTF is less than 1000 USD. At the same time, the Europeans also provided for a mechanism for adjusting prices, including upwards. This means that gas for EU consumers will only become more expensive.

Conclusion: moronic Russophobia, and with it the impoverishment of ordinary Europeans, is growing
- concludes Medvedev, not forgetting to sarcastically congratulate the people of Europe on such a "Christmas present" from their authorities.

And the last "nail" in the clearly useless decisions of European Russophobes from PJSC Gazprom in the official telegram channel of the concern. The Board of Directors of Gazprom considered the impact of the events of 2022 on the long-term forecast for the development of the global energy market. Conclusion: by 2040, gas consumption may exceed the level of 2021 by about 20%. At the same time, the volume of the Chinese gas market in the medium term will already be higher than the aggregate level of consumption of all countries in the European region.