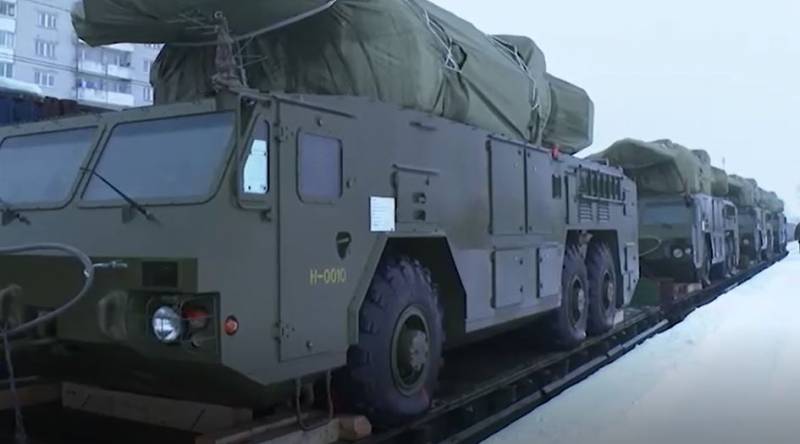 The Belarusian Ministry of Defense has received a new batch of short-range anti-aircraft missile systems 9K332MK "Tor-M2K". This was announced by the head of the main department of ideological work of the Ministry of Defense, Major General Leonid Kasinsky.


The equipment arrived in Belarus from Russia by rail, the number of complexes is not reported. The personnel of the air defense units have already undergone retraining and mastered anti-aircraft systems. The complexes were received within the framework of an intergovernmental agreement on military-technical cooperation with Russia. In the coming days, these complexes will go to the formations and military units where they are intended.

SAM "Tor-M2K" is an effective means of destroying various types of air targets - both high-speed and low-speed at a fairly wide range of altitudes
Kasinsky said.

The complex is capable of detecting and guaranteed to hit not only airplanes and helicopters of any type, but also unmanned aerial vehicles, high-precision weapon, including cruise and anti-radar guided missiles aviation bombs at ranges up to 16 and at an altitude of up to 10 km. The air defense missile system is capable of simultaneously firing at 4 targets, directing 8 anti-aircraft missiles at them.
Military Reviewin Yandex News
Military Reviewin Yandex Zen
11 comments
Ad