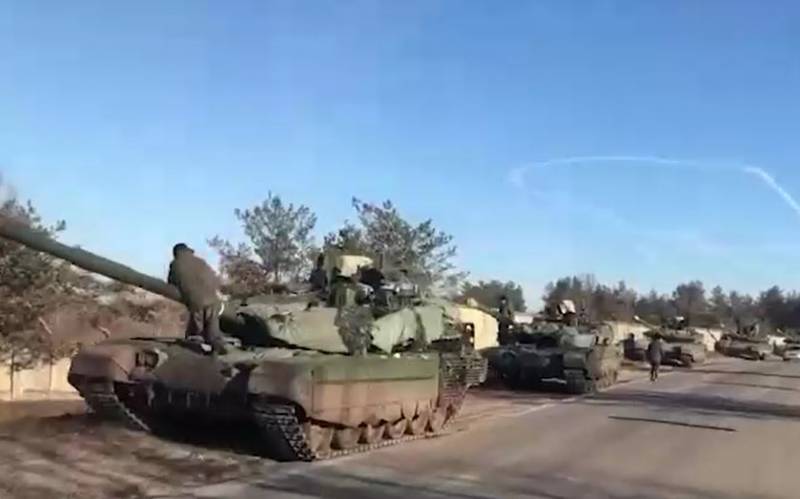 The Russian command continues to introduce new reserves and military equipment into the NMD zone, including the latest Tanks T-90M "Breakthrough". Recently, the tankers of the "Brave" group received a batch of modernized tanks, which will soon join the troops on the first line. At the same time, information was received on the number of delivered equipment.


According to Russian Spring, the Russian military stationed on the territory of the LPR, and this is the group "O" - "Brave", received more than 50 T-90M tanks. All equipment has already been delivered to the territory of the republic and is now being tested by crews, some of it is participating in the preparation of reserves. As reported, soon this equipment will go to the line of contact in the Svatovo-Kremennaya direction.

The fact that a batch of modernized T-90M tanks arrived at the armament of the tankers of the "O" group in the NVO zone was reported on December 20, but without details.

The T-90M tank was developed as part of the Breakthrough-3 development work and is a deep modernization of the T-90 with an increase in combat and operational characteristics. During the modernization, a new turret module with a 90-mm cannon of increased survivability and accuracy was installed on the T-125M. The turret is equipped with a 12,7 mm remote-controlled machine gun mount. The new tank is equipped with a highly automated digital fire control system that provides search, recognition, auto-tracking and hitting targets.

The T-90M tank is actively used in the NWO zone along with the T-72B3 and T-80BVM. "Seventy-second" is still the most massive tank of the special operation, the T-90 is in second place, "eighties" is the least.