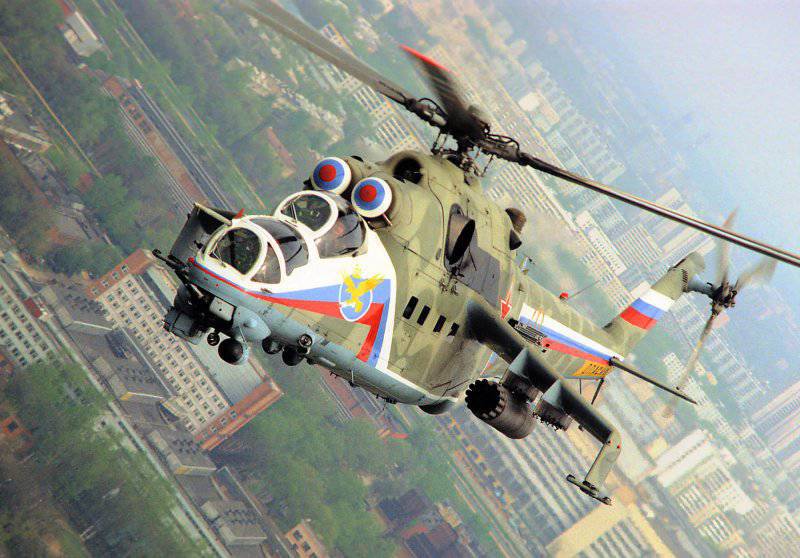 The helicopter experimental design bureau, headed by Mikhail Leontyevich, was formed in 1947 by decision of the interdepartmental commission. The team of the OKB was tasked to create an easy, reliable helicopter (as well as the OKB AS Yakovlev and NI Kamov). To accomplish the task, the Milovets needed just a year and in the 1948, the single-rotor Mi-1 helicopter had already taken off. With a hp 575 piston engine. designs A.G. Ivchenko he developed the speed of 190 km / h with a take-off weight of 2500 kg. The flight range of the Mi-1 exceeded 600 km. On this machine, the Soviet pilots set a world record 23 (later, a Mi-1 gas turbine helicopter, which was produced in Poland under license, was created on the basis of the Mi-2). 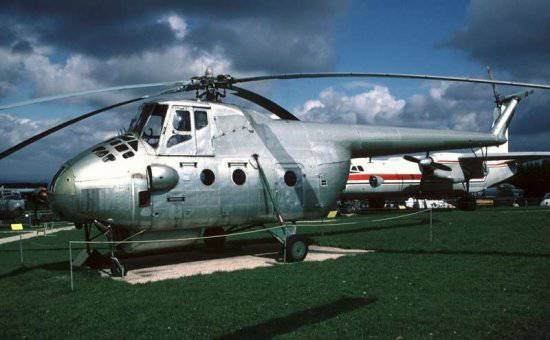 In 1951, the Americans successfully used helicopters to land the amphibious assault forces immediately beyond the line of coastal fortifications, and later on to provide all-round support and equipment for the assault, evacuate the wounded, and so on. The helicopter design bureau M.L. was also commissioned to create a helicopter exceeding foreign models of carrying capacity and the ceiling. Mile This machine was the Mi-4, the first flight of which took place in the 1952 year. With a take-off weight of up to 7800 kg, it could lift a weight of 1600 kg. High-altitude engine A.D. Shvetsov ASH-82 power 1700 hp allowed him to reach speeds of 180 km / h. The machine was equipped with equipment for blind and night flights. In the cargo compartment of the Mi-4, 16 paratroopers or a Gaz-69 car could be accommodated. Seven world records show the potential of this car. 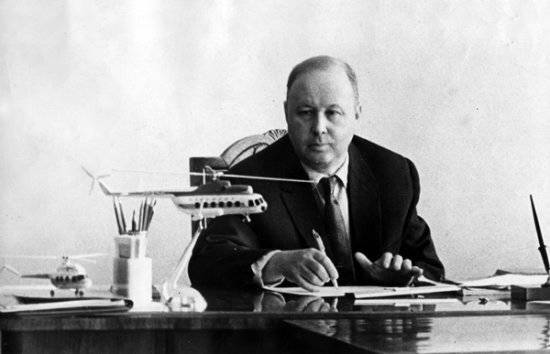 In the 50-ies, the Mil Design Bureau paid much attention to improving the reliability of helicopters. In particular, the life of the blades was increased to 1000 hours, and the tail rotor design created at that time served almost unchanged until the 70-s.

The next car, the Mi-6, opened the era of helicopters with a gas turbine powerplant. In 1957, the Mi-6 lifted 12 tons of cargo to a height of 2432 m, twice the record of the American S-56. Mi-6 is able to lift into the air any western helicopter of that time with full load. For twelve years, not a single western helicopter could compare with him. At its base, the Mi-10 Crane Helicopter was created, which could transport twelve ton loads up to 20 m in length to 250 km. On one of its modifications, the capacity record was set - 25,1 tons to 2840 m. The American S-56 lifted all 8,5s. 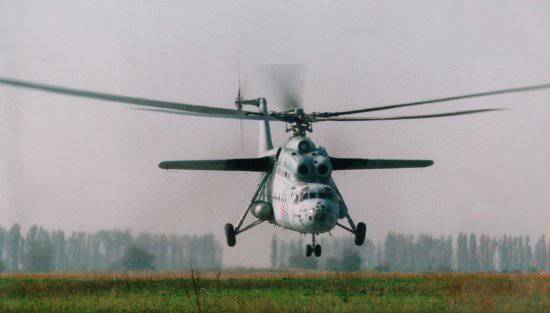 One of the most popular and reliable cars of Milevtsev was the gas-turbine Mi-8 medium helicopter. It surpassed its predecessor Mi-4 in payload by 2,5 times, in speed - by 1,4 times. It was set six world records. These machines are still in service today in airborne, transport and airborne combat variants. According to American pilots of Lockheed and Bell firms, the Mi-8 surpasses the similar American S-61 helicopter not only in flight performance, but also in comfort and reliability.

At the beginning of the 80-ies, the Mi-8 was equipped with new TV3-117М turboshaft engines with an 1900 hp takeoff power. and improved other elements of its design. The speed of the Mi-17, the new vehicle received this name, increased to 250 km / h, the ceiling to 5000 m, the range to 500 km (with a normal take-off weight of 11000 kg). Load capacity of the "seventeenth" - more than 4000 kg. Due to the presence of the auxiliary power unit Mi-17 can be operated independently. 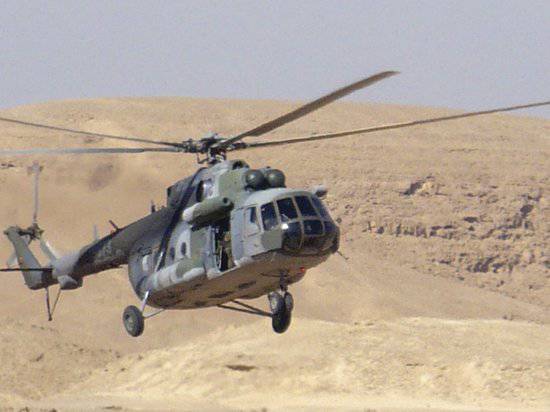 In 1977, the new helicopter helicopter Mi-26 took off. It is able to transport various large cargoes weighing up to 20 t inside the fuselage over long distances. For comparison, today the largest “western” helicopter CH-53Е can lift cargo of weight in 14,5 t, but it can only be transferred a short distance. 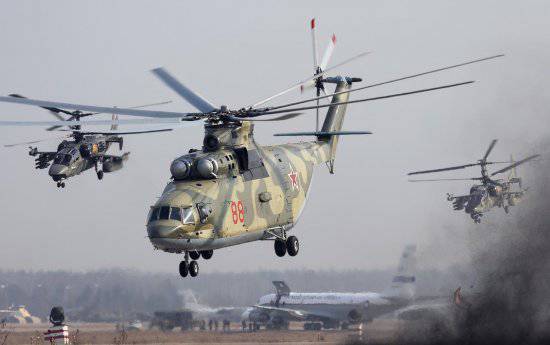 In 1970, the OKB was headed by M.N. Tishchenko. Under his leadership, work was completed on the first Soviet combat helicopter Mi-24. His appearance, and then the successful application in various military conflicts caused an avalanche of publications in the West. Otherwise, as a new "formidable force" of the Soviets, it was not mentioned. And no wonder. For a long time, he had no equal in weaponry, booking and flight speed. On one of its modifications an absolute speed record was set for the helicopter - 367 km / h. Even the appearance of the Mi-24 causes admiration for the perfection of its forms and hidden power. A worthy successor to his fame was the new machine of the Moscow Helicopter Plant. M.L. The mile, which was created under the leadership of M. Weinberg.

Milevtsy and created the smallest domestic helicopter Mi-34. Its take-off weight is only about 1000 kg. According to its characteristics, this helicopter is not inferior to its eminent Western counterparts, and even surpasses many of them.

Altogether, helicopters with the Mi brand known all over the world established more than 86 official records, and the helicopters themselves are operated in almost 40 countries of the world.
Ctrl Enter
Noticed a mistake Highlight text and press. Ctrl + Enter
We are
Mihail Leontievich MilOn the way to the T-80: tank gas turbine engines
17 comments
Ad