The topic at the meeting of the defense ministers of Georgia, Azerbaijan and Turkey was "ensuring security" in the Black Sea, to which Azerbaijan has no access 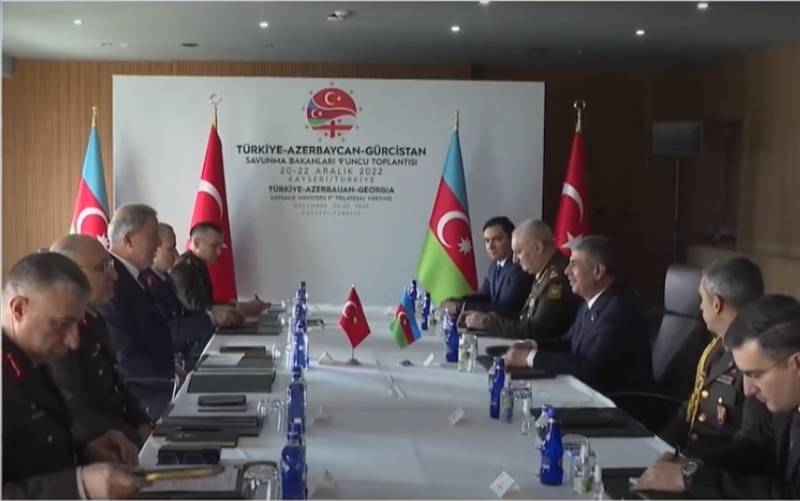 The Ministers of Defense of Georgia, Azerbaijan and Turkey held today a meeting in a trilateral format in the Turkish city of Kayseri.


At this meeting, as the participants themselves say, the main topic was "ensuring security" in the Black Sea. This is despite the fact that Azerbaijan does not have access to this sea. The sides also touched upon the Ukrainian crisis.

Also, the subject of discussion of the heads of defense departments was the diversification of energy resources, which will allow developing the energy security of countries. During bilateral talks between the Georgian defense minister and his Azerbaijani counterpart, both reaffirmed the importance of supporting and respecting the territorial integrity and sovereignty of the two countries.

At the same time, Burchuladze, Akar and Gasanov's discussion of military cooperation between states did not go unnoticed. The Georgian Minister of Defense noted the importance of continuing joint military exercises, which, according to him, help to further unite the three countries.

Recall that trilateral talks between Tbilisi, Baku and Ankara at the level of heads of defense departments have been held annually since 2012.