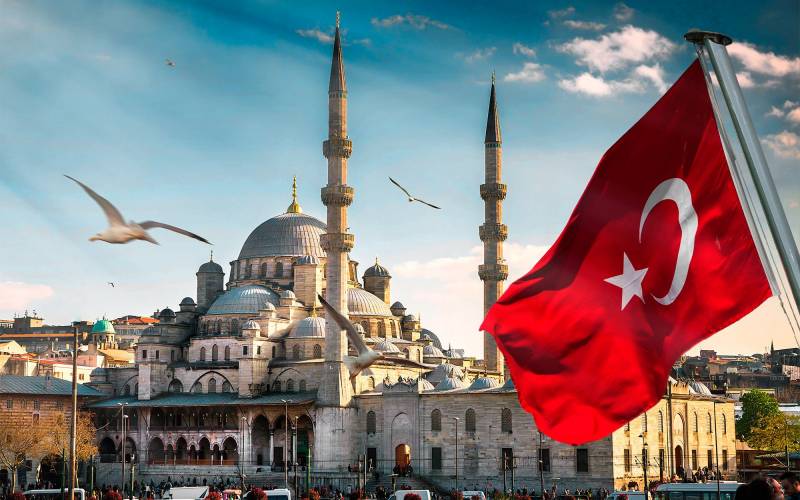 Turkey has long been bogged down in difficulties in almost all areas, both economic and political. With the exception of the resort areas, it is restless everywhere, and now the straits, along with additional income, have added headaches.

Nevertheless, the recent actions of the Turkish authorities show surprisingly clearly what position this country has chosen. On the one hand, officially Ankara supports Russia in many ways, but not in the NVO.

On the other hand, the Turks are playing games with the West, actively trading with Ukraine (Pan-Turkism of the XNUMXst century - Erdogan's experiment or something more).President Erdogan clearly wants to sit on two chairs.

The other day, the official representative of the President of Turkey, Ibrahim Kalin, quite unexpectedly stated that new agreements between Russia and Western countries on world order are needed. But his words were not very clear, although this is in the style of the Eastern mentality.

Kalyn spoke about some root causes of the Russian-Ukrainian conflict, without naming them. Although everything is quite clear: the root causes lie in the confrontation between the major world powers: Russia and the United States, in which the President of Ukraine Zelensky is nothing more than a puppet.
But Ankara (and Erdogan personally) obviously wants to play a role too. In Turkey, the army is much larger than in any of the countries of Europe, and in terms of personnel it competes with the Russian one, not to mention the Ukrainian one. Moreover, almost everyone serves there, even children with disabilities, they also have work there.

Most Turks remember Erkin Koray's song "Call the girls into the army too", which, in principle, describes all the aspirations of a young citizen of the country. But at the same time, despite the pronounced revisionist policy of Erdogan, Ataturk's doctrine is still valid.

It lies in the fact that the Turkish army is focused exclusively on defense, and not on the offensive. In this regard, it is impossible to expect that Turkey will get involved in the conflict. They have enough of their own problems with the Kurds: if, as they planned at one time in the USSR, they create an independent Kurdistan, Turkey will lose a significant part of its eastern territories, including Mount Ararat, which has historical value.

Turkey is also unlikely to recognize the annexation of Ukrainian territories to Russia: Erdogan is smart enough to understand that with such a precedent, there will immediately be ideas to remind him of this from the Kurds. Say, you recognized the DPR and LPR, why don't you recognize us? 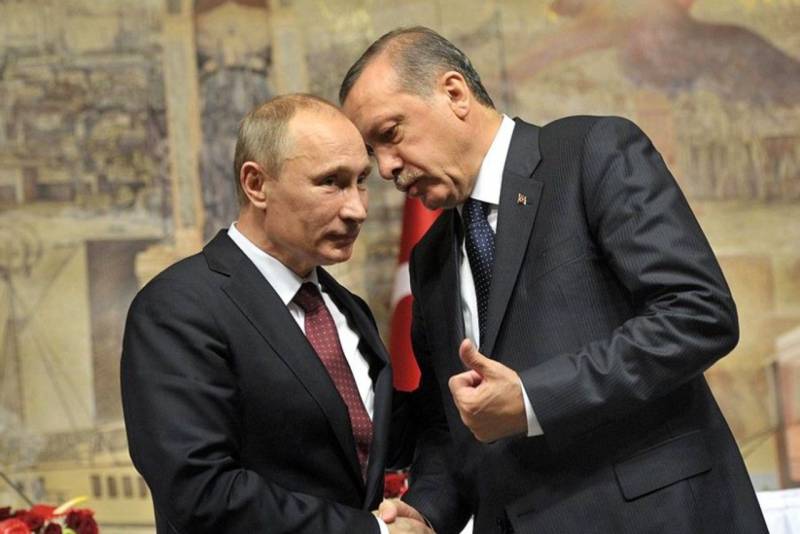 Kalin said that even as a member of NATO, Turkey seeks to build good relations with Russia. But the goal in this case is unequivocal: to use your country as a springboard for negotiations. The only question is that neither Putin nor Zelensky wants these negotiations.

Belarus has already tried to become a negotiating field, but Lukashenka's decision to get involved in the NVO, which has matured in a number of ways, put an end to these plans. Erdogan is more cunning: on the one hand, Turkey supplies Bayraktars to Ukraine, on the other hand, it does not get involved in any military operations.

Erdogan could not help but see the show of the 95th quarter even before Zelensky's presidential election, when he went on stage in a fez and called him a mustachioed cockroach. Zelensky is also not such an idiot as not to know that the wearing of fez was banned in Turkey under Ataturk.
But foreign policy is doing its job: both have forgotten everything. And after this, Erdogan began to shake hands with Zelensky in Lviv. This, again, shows the Asian peculiarities of the policy of cooperation.

Erdogan, while supporting the national movement of the Crimean Tatars, nevertheless, after the annexation of Crimea to Russia, has repeatedly stated that Crimea is Ukrainian territory. But at the same time, he seemed to have forgotten that under Ukraine, the Crimean Tatars have repeatedly declared their desire for independence.

However, Ukraine ignored these calls. It is clear that now, all the more so, no independence can be expected from Russia, but it is also not worth making the Ukrainian authorities angels.

The Crimean Tatars, as in Ukraine, suffered problems with the development of their native language and culture, with their self-determination, so they suffer under Russia. It must be admitted that little has changed since 2014, except that Russia has changed for the better some moments in the status of the people.

As soon as the special operation began, Turkey began to supply weapons to Ukraine. Ankara was not at all embarrassed by the fact that she was simultaneously communicating with Russia. Moreover, they almost started building a plant for the production of drones in Kyiv, however, the plan failed.

And in October, the Turks launched a corvette destined for Ukraine. It's no secret that Zelensky's body armor, in which he flaunts on all channels, is made in Turkey.

Turkey is clearly competing with Russia for leadership in the Black Sea region. But this did not stop Russia from agreeing to a Turkish mediating role in negotiations with Ukraine. From this we can conclude that Russia still underestimates Turkey as a rival.
In the same way, the military leadership of the Russian Federation at one time, judging by the results of almost a year of struggle, underestimated the combat capability of the Ukrainian armed forces. The success of the rapid defeat of ISIS in Syria intoxicated the Russian General Staff, but Ukraine and Turkey are not a bunch of unskilled and semi-literate scumbags that the regular armies of Syria and Russia fought against.

It can also be recalled that in 2019, Erdogan purchased an anti-aircraft missile system from Russia, which shocked the United States, which was counting on the supply of their similar systems to Turkey. From such a scope of Ankara's geopolitical multi-vector approach, it seems that America still cannot recover. 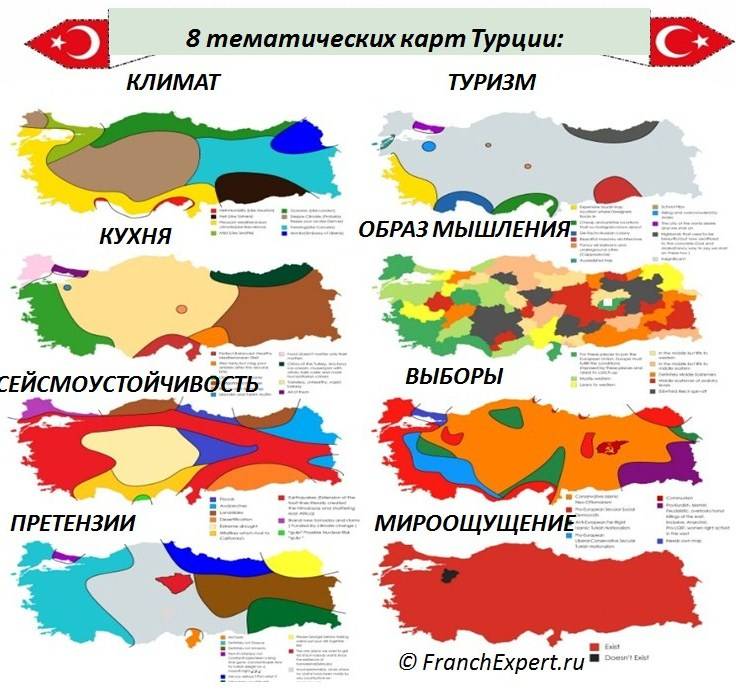 Recently, Erdogan is moving away from the principles of Ataturk, according to which the Turkish army is focused only on defense. Turkish troops took part in conflicts in Syria, Libya and, apparently, in Nagorno-Karabakh. Not counting the aggravation of relations with Greece.

Moreover, all this was done not at all within the framework of general cooperation with other NATO armies, but on their own initiative. The forecast of the situation is disappointing not so much for Russia and Ukraine, but for the United States, given their well-known plans to create a military base on the Black Sea. The Montreux Convention prohibits the passage of foreign ships through the Bosphorus.

However, as you know, Turkey is already working on digging the Istanbul Canal. It is no secret that it will become a sovereign Turkish alternative to the Bosporus. In the future, this will allow the United States to bypass the convention, and Turkey to manipulate Washington.

As a result, Erdogan will have the opportunity to continue maneuvering not only between Russia and Ukraine, but also in relations with his larger NATO colleagues.