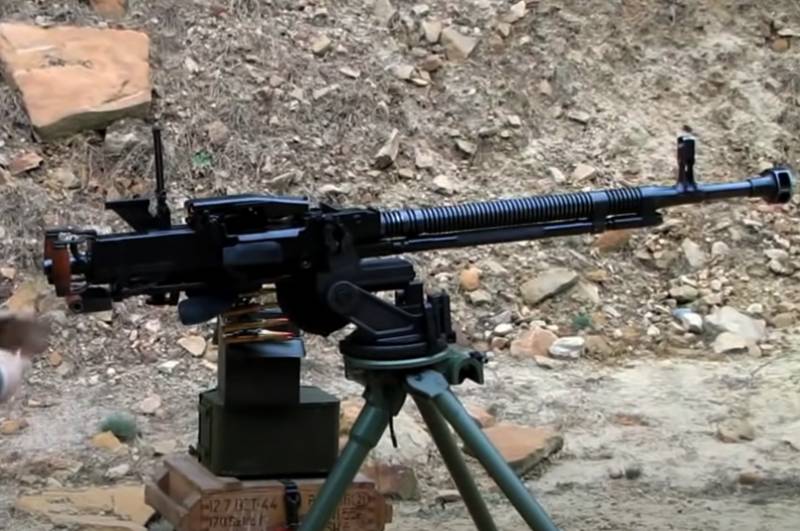 Judging by the reports of the Ministry of Defense of the Russian Federation, among the wrecked vehicles of the Armed Forces of Ukraine, civilian pickup trucks converted for military purposes have been increasingly common lately. Ukrainian fighters use these SUVs mainly as part of the DRG. The Polish online publication Defense24.pl published an entire article devoted to this topic.


Polish military expert Maksimilian Dura says, not without enthusiasm, that the Ukrainian military, in particular, install DShKM heavy machine guns on pickup trucks and “successfully use them against Russian infantry, lightly armored vehicles and even drones.” And he openly adds that this tactic of the Armed Forces of Ukraine was adopted from the militants of Arab and African countries. Such machines are actively used by the rebels in Syria, who are fighting against the legitimate government of Bashir al-Assad, supported by the Russian military.

Most of all, the author of the article likes the idea that "the Russians will face in Ukraine with the same weapons that they previously encountered during their armed intervention in Syria." The logic is rather strange, because the Russian military contingent was brought into the SAR at the request of the legitimate government and is assisting in the fight against international terrorist organizations. What can not be said about the US military present in Syria, which just support these gangs.

The expert notes that earlier photos of Japanese Mitsubishi L200 cars were published on the network, in the cargo compartments of which Ukrainians are installing Soviet-made rotating launchers to launch 80-mm aviation unguided missiles (NAR) S-8, known since the days of the Soviet limited military contingent in Afghanistan. Weapon ineffective due to the low accuracy of pointing and firing.

Later, craftsmen from the Armed Forces of Ukraine began to adapt 12,7 mm DShKM heavy machine guns (a modernized version of the Degtyarev-Shpagin machine gun of the 1938 model) for installation in the back of pickup trucks. For the first time, a photo report with the preparation of military personnel for the use of this machine gun on cars was published in mid-December by the 21st Battalion of the Terodefense of Ukraine.

The Polish expert notes that judging by the mechanism of the base on which the weapon is mounted and the angle of horizontal elevation, it is most likely that the DShKM will be used against air targets.

Thus, the Ukrainians are trying to eliminate the danger from such threats as, first of all, Iranian kamikaze drones.
- considers Dura, noting that in order to destroy UAVs, even low-flying ones at low speed, very good skills in aiming and shooting are needed.

The next step in the handicraft rearmament of the Armed Forces of Ukraine, the expert is sure, will be the supply to Ukraine by Romania of a batch of modernized Duszka DShK, produced by the Romanian plant Uzina Mecanica Cugir (CUGIR), along with ammunition. The provision of these machine guns by Romania, along with tripods for mounting them in the back of a pickup truck, was reported on December 9 by the Ukrainian media. It is noted that such Romanian machine guns help the Armed Forces of Ukraine to turn pickups into mobile combat vehicles.

There is nothing much to add to this, except that the Western friends of the Kyiv regime openly confirm the use by Ukrainian nationalists of terrorist methods adopted from extremists. It is obvious that the warring shepherds of Afghanistan, Iraq and other extremist gangs use such methods of rearmament not from a good life. The Ukrainian nationalists are obviously guided by the same, being happy even with such a very “ancient” weapon.

In addition, such mobile firing points are useful only for local attacks and sabotage. At the same time, they are practically not protected from fire damage by any types of modern weapons, which allows such vehicles to be called “kamikaze pickup trucks”.