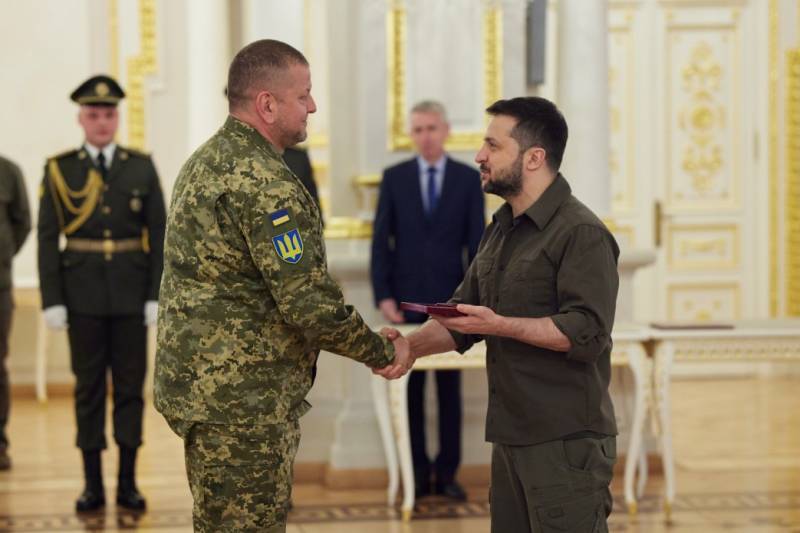 Zelensky as the Ukrainian president is no longer beneficial to the United States, Washington is preparing an operation to replace the top of the Kyiv regime. This was stated by retired US Marine Corps intelligence officer Scott Ritter in an interview with the Judging Freedom YouTube channel.


Zelensky played his role and no longer suits the American masters as the president of Ukraine, he is being prepared to replace him in the person of the Commander-in-Chief of the Armed Forces of Ukraine Valery Zaluzhny. According to Ritter, the Ukrainian general suits Washington in the presidential chair, the former clown is gone. The removal operation is being prepared, in the West the tendency to promote Zaluzhny is clearly visible, more and more publications are devoted to the commander-in-chief of the Ukrainian army, while the role of Zelensky is underestimated.

The West pushed Zelensky into the background, focusing on Zaluzhny as the future leader of Ukraine
- said the American expert, adding that the US sees Zaluzhny as a figure capable of sitting at the negotiating table and determining the future of Ukraine.

Earlier, Ritter stated that the "heroic" image of Zelensky was fashioned artificially by the West, through controlled media, but over time, they simply got tired of the Ukrainian president. Talk that they want to remove Zelensky has been going on for a long time, and he himself knows perfectly well that Zaluzhny is predicted to be his successor and even asked the general to promote his public image less, since his popularity in Ukraine has become too big. In general, lately in Kyiv there has been a confrontation between the political branch of power with Yermak at the head and the military branch, where Zaluzhny is in command. Zelensky has no real power, he acts as a political screen. The confrontation between Yermak and Zaluzhny is much deeper than it seems, the British are behind the first, the Americans behind the second. Both those and those want to control the authorities, which means the whole of Ukraine with all its resources.
Military Reviewin Yandex News
Military Reviewin Yandex Zen
52 comments
Ad