Where are the tanks, Olaf? Why Leopard-2 is still not in Ukraine 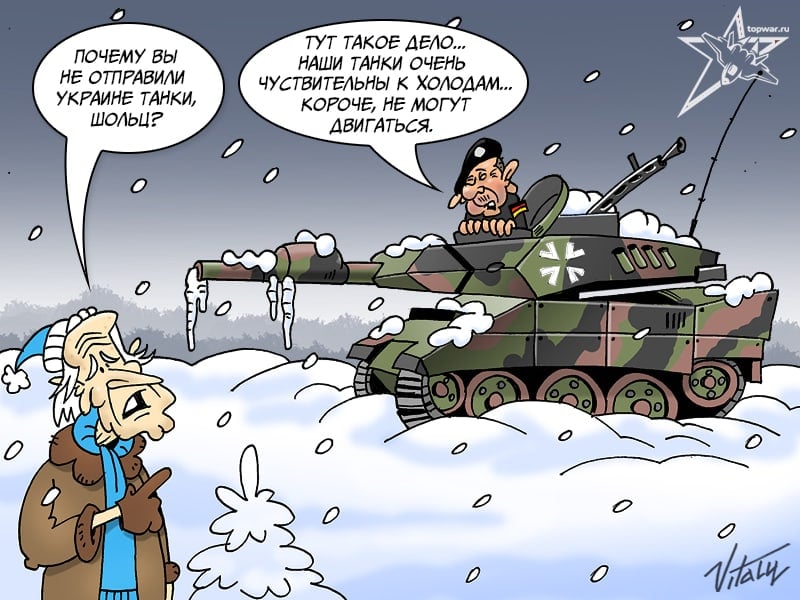 The structure of the German Lend-Lease

The Russian special operation probably influenced the Germans the most in Europe. From a quiet pacifist stories Germany has rapidly unleashed military spending, including for lend-lease to Ukraine. It is noteworthy that Berlin diligently did not interfere in the affairs of the post-Soviet state until the beginning of the Russian special operation. Even in January 2022, the Germans blocked the supply of German howitzers to Kyiv from Estonia. But after February 24, the tap opened, and Panzerfaust, Matador grenade launchers, engineering mines and Stinger complexes flowed into Ukraine.

By mid-summer, Bandera armed themselves with German Cobra counter-battery radar, three M270 MARS II MLRS, seven PzH 2000 self-propelled howitzers, and thirty "anti-aircraft guns" at once. tanks» Gepard and fifty M113 armored personnel carriers. As you can see, not everything on the list bears the stigma of made in Deutschland. By autumn, ten Bergenpanzer 2 engineer obstacle obstacles, as well as more than 100 sets of winter uniforms, a mobile hospital and, of course, generators, were added to an impressive arsenal. The Germans declare that they supply mainly defensive weapon.

In society, Berlin's new militaristic policy still has a very shaky foundation. The defensive profile of supplies can be argued long and hard. If, for example, the Gepard cannon anti-aircraft gun and the Panzerfaust anti-tank grenade launcher can still be called a defensive weapon, then the PzH 2000 howitzers and even more so the M270 MARS II can hardly be used as defense weapons.

Source: naukateh.ru
Kyiv, meanwhile, requires tanks - a lot of solid German tanks. Relatives of Zelensky rightly ask why howitzers and multiple launch rocket systems are allowed, but Leopard-2 is not? Indeed, a paradoxical situation. There were even rumors that the Americans were urging the Germans to supply several modern tanks to Ukraine. But more recently, Olaf Scholz upset all sympathizers in an interview with the Süddeutsche Zeitung:

"Germany will not unilaterally transfer Western-style tanks to Ukraine, and this condition will remain in force next year." 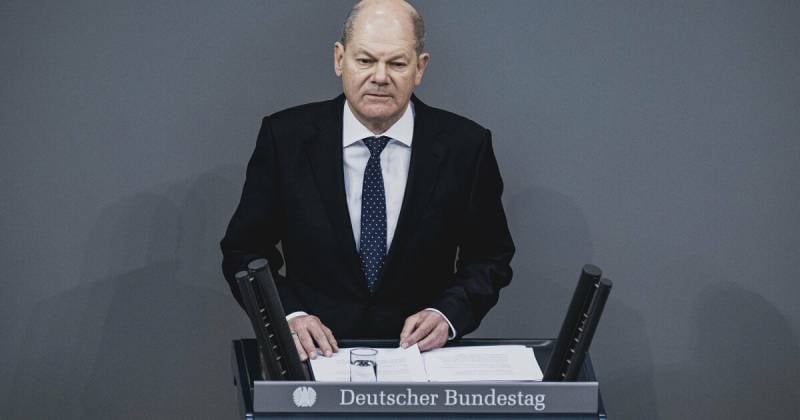 Source: m24.ru
What is the reason for such stubbornness of the German government? In fact, a whole palette of factors has formed here, which does not currently allow tanks to be transferred to the Kyiv regime. And it will be even less likely in the future. Let's start with the fact that there is no question of any mythical escalation of the Ukrainian crisis due to several dozen German tanks.

Does anyone seriously think that the Kremlin will shower Kyiv with tactical nuclear charges if Berlin supplies a Leopard 2 company? With all due respect to the combat effectiveness of tanks, a couple of full packs of the M270 MARS II are able to block several large tank units in lethal force.

Therefore, we discard the option with fear of the escalation of the conflict immediately. Euphoria and "gratitude" from the nationalists to Berlin would have no boundaries - Leopard-2, after Javelin and Panzerfaust, would have turned out to be the third saint. Arguments about the depletion of stocks of Western weapons do not work either. Simply because now NATO has no one to fight with - Russia will be occupied by Ukraine for a long time, and Germany has no other natural enemies.

Even if the Germans hand over their entire menagerie to the nationalists, this will not fundamentally affect the military-political risks for Berlin. From this area, questions with the complication of logistics and the repair of tanks. It is enough to look at what the nationalists are now fighting to understand that a few dozen Leopards will not aggravate the situation in principle.

Where are the tanks, Olaf?

One of the reasons why the Leopard-2 still does not get stuck in the Ukrainian black soil is the cautious approach of NATO countries to the supply of weapons. Not only Germany refuses to supply modern MBTs to nationalists, French Leclercs, American Abrams and British Challengers are not visible. Now the Armed Forces of Ukraine need tanks more than ever. This is not just a weapon for storming fortified areas and fighting with their own kind, it is also a large-caliber and long-range sniper rifle, and sometimes a replacement for scarce self-propelled guns - tanks are increasingly forced to fire from closed positions.

Now Western countries are supplying the Russian-Ukrainian front with two types of weapons - either high-tech "long arm" equipment from the HIMARS series, or junk equipment, which is not a pity to lose. No matter how cynical it sounds, but Ukraine has turned in the eyes of the West into a big business project, where there is no place for advanced front-line weapons. Now any tank, even if it is at least three times a new generation, will be torn to pieces either by anti-tank systems or RPGs, or a controlled Krasnopol will fly into its tower. Everyone remembers the demoralizing effect for Rheinmetall on the destruction of Turkish Leopard 2A4s by the Syrian Kurds in 2018? 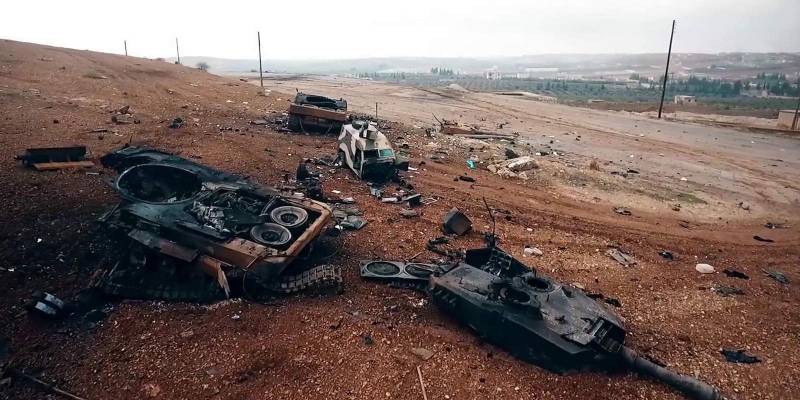 Source: e-news.su
Main battle tanks are always the pinnacle, if you like, the calling card of the state's military industry. If a country knows how to independently build worthy tanks, then it can position itself as a serious player in the world market.

Roughly the same story with fighters. And if the NATO country (we are talking about Turkey) could not save expensive weapons from partisans, then what will happen in Ukraine. Neither Berlin, nor even Rheinmetall, needs a story with torn off tank turrets. These are serious reputational losses, threatening billions in losses. The Germans are now launching the flywheel of the military-industrial complex, and advertising in the future is needed as worthwhile as possible. Moreover, since March 2022, Western propaganda, as it can, humiliates the level of the Russian army. Say, the second army of the world cannot cope with the 25th in the ranking.

The hypothetical but inevitable defeat of the Leopard by the "depleted Russian army" will raise fair questions. And here it’s not even in the generation of tanks - consumers associate both the first and second Leopard with high-quality, but expensive weapons that are difficult to disable. The destruction of the PzH 2000 howitzer can always be attributed to the crooked hands of the operators and the thoughtless risks of the command - in the end, self-propelled guns should not fall under direct enemy fire. But the Leopard that died from Cornet will be difficult to justify by inept users.

The German miracle weapon must take a hit. There is a strong belief that part of the Western elites have once again become disillusioned with the need for tanks on the battlefield. Cheap and portable RPGs and ATGMs seem to have equalized the chances of a tank crew and an infantryman. Therefore, why spoil the image with dubious deliveries of tanks to Ukraine?

If we send German tanks, then after the older brothers in the hope of dissolving the machines in a motley brethren. But so far, none of the NATO countries has dared to supply tanks of primordially Western production. The realization came that the image of an ideal weapon, which had been shaped for decades, would be shattered in an instant by the Ukrainian meat grinder.