"Yars" instead of "Topol". Change of generations of mobile complexes of the Strategic Missile Forces 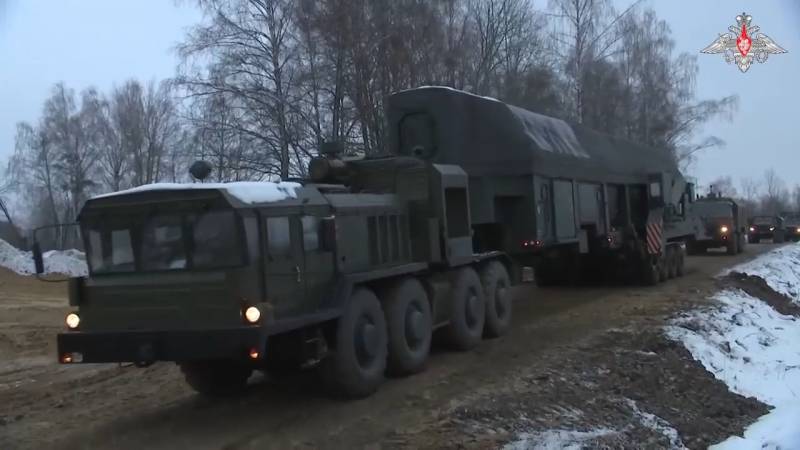 Transportation of the Yars missile in the Kozelsky connection

In accordance with the established plan, the rearmament of the strategic missile forces continues. In particular, in the formations, the Topol mobile ground-based missile systems are being gradually replaced with modern Yars products. The other day, another missile regiment, which underwent such rearmament, took up combat duty. In addition, it is reported that next year another regiment will go to the Yarsy, and the existing Topol PGRK will end their service.

On December 17, our country celebrates the Day of the Strategic Missile Forces, and on the eve of the holiday, according to tradition, the results of the past year were summed up and plans for the future were announced. In addition, the Ministry of Defense showed new curious materials of various kinds.

So, on December 15, the Ministry of Defense published a video filmed at the positions of the Kozelsky missile formation (Kaluga region). The process of delivering the Yars missile to the silo launcher and subsequent loading into it for putting on combat duty was demonstrated. In the context of this video, the Ministry of Defense recalled that the rearmament of the Strategic Missile Forces is not only about obtaining new missile systems. In parallel with these processes, a social infrastructure is being created to improve the living standards of personnel. 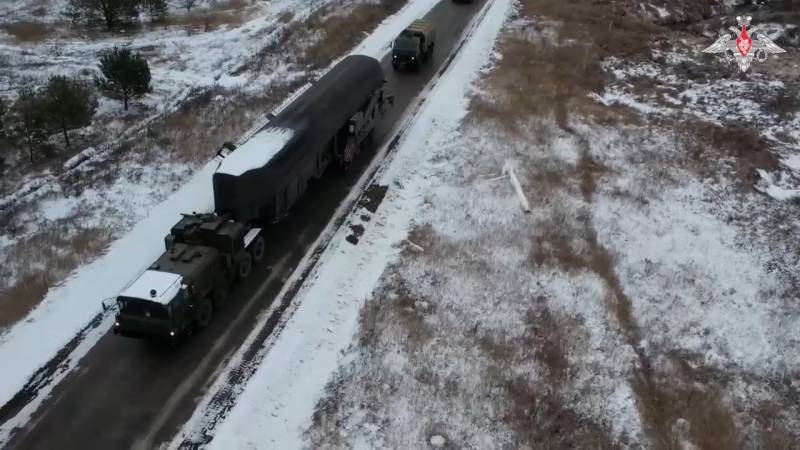 The very next day, the Ministry of Defense reported that the rearmament of one of the regiments had been completed in the Bologovsky formation of the Strategic Missile Forces (Tver region). The old Topol PGRK was removed from the armament of the unit, and modern Yars complexes took its place. The necessary preparations were made, and the regiment took up combat duty. On the occasion of the completion of the rearmament and in connection with the professional holiday, the beginning of the duty was marked with a solemn ceremony.

The Ministry of Defense also revealed plans for the near future. Next year, a similar re-equipment of another regiment will be completed in the Bologovsk missile formation. This is the last part of the missile forces, which is still armed with Topol mobile complexes. The result of its re-equipment will be the completion of the transition of the mobile grouping of the Strategic Missile Forces to modern Yars complexes in a mobile version.

Also on December 16, the Krasnaya Zvezda newspaper of the Ministry of Defense published the material “Russian nuclear shield is still reliable” - a new interview with the Commander-in-Chief of the Strategic Missile Forces, Colonel General Sergei Karakaev. The commander spoke about the current processes of development of the missile forces and revealed some plans for the future. At the same time, much attention was paid to the mobile grouping of the Strategic Missile Forces. 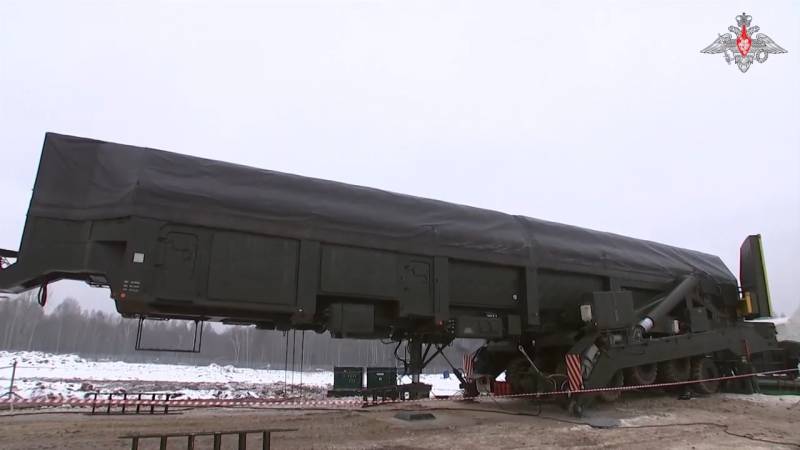 Preparing to load the rocket into the mine
General Karakaev recalled that the transition of units to the mobile "Yars" began quite a long time ago: back in 2009, such equipment entered combat duty in the Teykov division (Ivanovo region). To date, the Yars PGRK has received all connections, from Irkutsk to Ivanovo. Then, in accordance with the plans, they began to rearm the division from the Tver region.

The commander confirmed that there were plans to complete the re-equipment of the Bologovsky formation next year. He also pointed out that the development of Yars by the last regiment would lead to the decommissioning of the Topol complexes. In fact, the era of mobile missile systems of the previous fourth generation is leaving. This indicates the continued development of missile weapons and progress in this area.

S. Karakaev did not rule out that the Topol launchers, taken out of service, could become monuments. However, the Strategic Missile Forces have not yet received such requests from government agencies or museums. 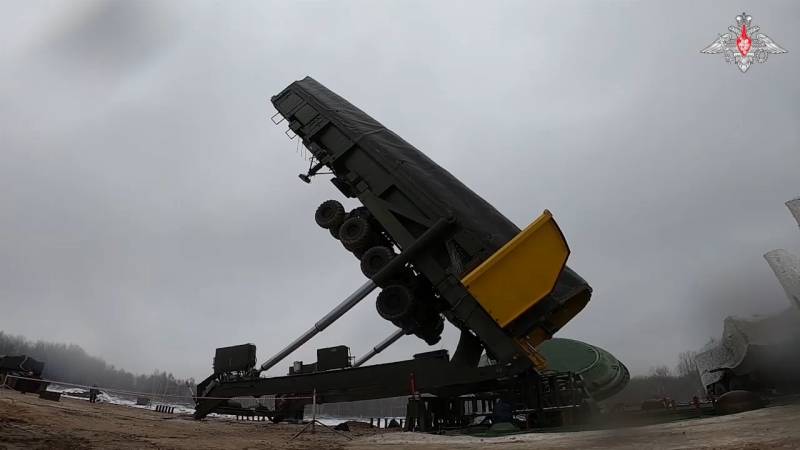 As expected, the topic of promising developments was raised in an interview. The Commander-in-Chief of the Strategic Missile Forces recalled that one of the main ways to improve the capabilities of troops is precisely rearmament using advanced systems. The next stage of such processes will begin in the near future.

According to S. Karakaev, next year the Strategic Missile Forces and industry will start developing a promising mobile ground-based missile system. It is assumed that it will surpass the current "Yars" in overall mobility. This will allow quickly transferring equipment to any part of Russian territory and launching from there.

Features of the appearance of such a PGRK, performance characteristics, etc., for obvious reasons, are not given. Even if the Strategic Missile Forces have already determined the appearance of the complex and the requirements for it, such information is not yet subject to publication. 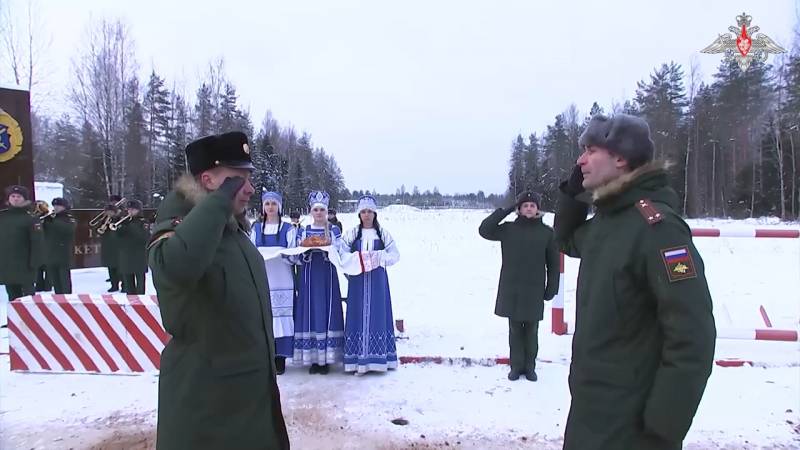 Taking on duty of a new regiment, which received modern "Yars"

Thus, the processes of development and re-equipment of the Strategic Missile Forces do not stop. In particular, the mobile group of missile systems receives the required attention. And right now you can see how generations of such rocketry are changing. The older Topol PGRK is gradually being decommissioned, and its place in the army is being occupied by the modern mobile Yars. At the same time, it is already planned to develop a fundamentally new system.

Recall that the development of the future RT-2MP Topol missile system in mine and mobile versions started at the Moscow Institute of Thermal Engineering in the mid-seventies. At the beginning of the next decade, the complex was brought to trials. In 1985, the first serial Topol took up combat duty, and in 1988 the complex was officially put into service. By this time, the Strategic Missile Forces had a significant number of launchers and a stockpile of missiles.

During the nineties, the development of the modernized complex RT-2PM2 "Topol-M" was carried out. At the end of the decade, the Strategic Missile Forces received the first complexes of this type, and in 2000 the mine version was put into service. The PGRK with the same missile entered service only in the middle of the XNUMXs. In the future, up to the present time, two versions of Topol with different basing methods were operated in parallel, taking into account their features and differences. 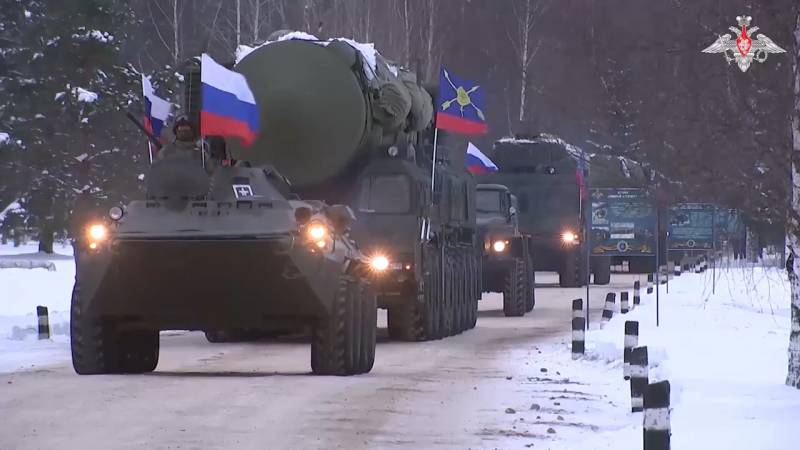 In the 24s, a new RS-XNUMX Yars complex was developed. At the end of the decade, flight tests were carried out, according to the results of which he entered service and began combat duty. As in the case of Topols, the Strategic Missile Forces received missiles for use with silo and mobile launchers.

The production and supply of new Yars made it possible to reduce the number of old Topols on duty and in warehouses. In the foreseeable future, the old RT-2PM was planned to be removed from service due to obsolescence and being replaced by modern missiles. However, the service life of the Topols of the basic version has been repeatedly extended, and similar PGRKs are still in service.

of the latter, News it follows that until recently there were two regiments with Topols in the troops, but one of them now uses Yars. The remaining regiment will now undergo a similar re-equipment - and at this point the operation of the RT-2PM will cease. However, the Topol-M mobile products will remain in service, and for some time they will have to serve together with the Yars. The Ministry of Defense has not yet announced how soon it plans to abandon the RT-2PM2. 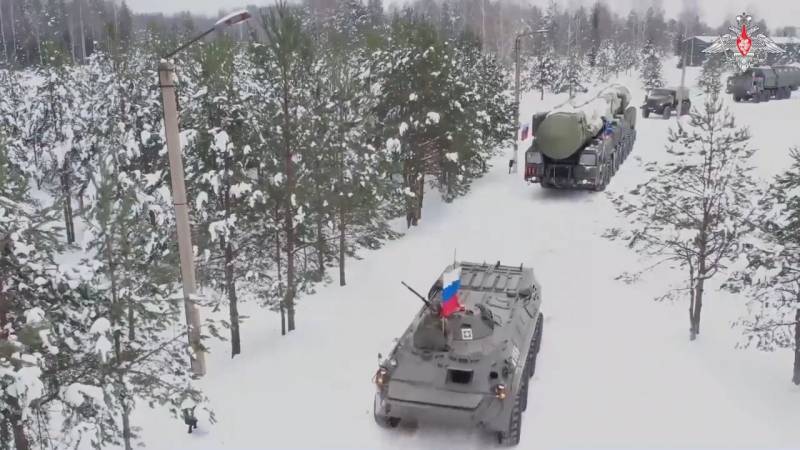 New technique of the Bologovsky connection

A few years ago it became known that a new missile system with the possibility of stationary and mobile deployment would be created for the Strategic Missile Forces. In open publications, his ciphers "Aspen" and "Cedar" were mentioned. Now the Commander-in-Chief of the Missile Forces spoke about the development of a fundamentally new PGRK. According to him, the project will start next year. The timing of its completion and purpose, for obvious reasons, are not named.

It can be assumed that in the indefinite future, a promising complex will complement the Topol-M and Yars mobile products and once again strengthen this component of the Strategic Missile Forces. In addition, the experience of recent years shows that with its help, the troops will be able to replace the oldest equipment in the form of RT-2PM2 complexes.

In this case, the current events will repeat in a few years. At the same time, instead of the Yars, there will be a new complex in the role of a promising model, and it will be replaced by a modernized version of the Topol. Although information about the future of the PGRK is not yet available, it can be assumed that it will allow the Strategic Missile Forces to maintain all the current capabilities, as well as give them new ones. 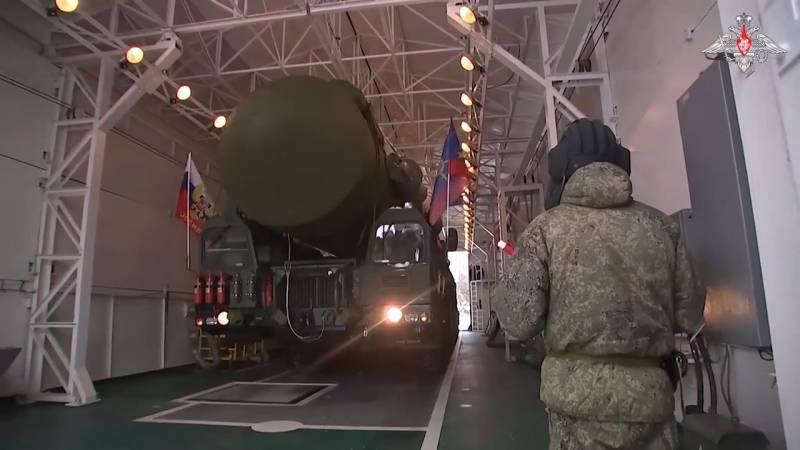 However, the experience of developing and deploying Yars suggests that the emergence of the next generation PGRK is a matter of the distant future. The production and development of such equipment in the troops will also take several years. However, the expectation is fully justified. Appearing in the distant future, the promising complex will be able to be on duty for the next few decades. Apparently, such PGRK will have to serve in the second half of the century.

The most important component of the Strategic Missile Forces remains the mobile group, and it continues to be updated. The transition to modern Yars complexes is almost completed, and the oldest Topols are close to being withdrawn from service. At the same time, plans are already being made for the distant future. All this means that the indicators of the Strategic Missile Forces will remain at a high level - and this will make a certain contribution to the country's security.