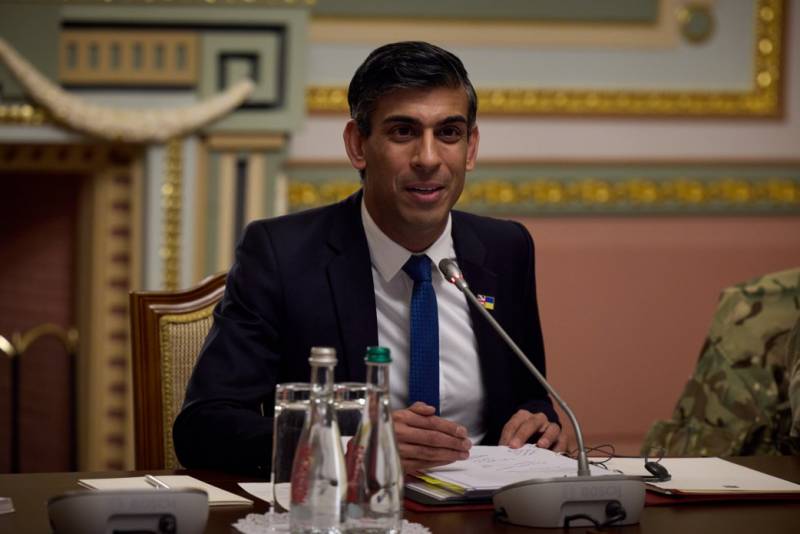 Negotiations on a peace treaty between Russia and Ukraine are currently impossible, so calling for a ceasefire is "meaningless." This statement was made by British Prime Minister Rishi Sunak.


A summit of the Joint Expeditionary Forces is taking place in Riga, at which the topic of the conflict in Ukraine was raised. Speaking on this occasion, the British prime minister urged Western countries to ignore Russia's calls to start negotiations. According to Sunak, dialogue is impossible today, since Russia allegedly uses the ceasefire that has begun for its own purposes.

The Briton claims that Moscow is sleeping and sees how to suspend hostilities in order to regroup troops, and this cannot be allowed. Therefore, all calls for a ceasefire at the moment are "completely meaningless." The only option in which the West will agree to a dialogue is the complete withdrawal of Russian troops from the territory of Ukraine.

It should be clear to us that any one-sided call for a ceasefire by Russia is completely meaningless in the current context. I think it will be a false call. Until they withdraw troops from the conquered territory, there can be no real negotiations.
Sunak said.

Earlier, German Foreign Minister Annalena Berbock said that Germany was not satisfied with the peace talks on Russia's terms and that the best option would be the withdrawal of Russian troops. Yes, and other Western countries are in favor of the defeat of Russia and the victory of Ukraine, in fact, deciding for Zelensky when and with whom to talk. This is to the fact that the Kyiv regime is a puppet and does not decide anything on its own, no matter how the clown beats his chest, arguing the opposite.

Naturally, there will be no withdrawal of Russian troops, they understand this in Great Britain and Germany, and in other countries of the anti-Russian coalition. With his statement, the same Sunak made it clear that Britain is in favor of a war against Russia to the last Ukrainian, because the victory of Russia will mean the loss not of Ukraine, but of the entire Western world.
Military Reviewin Yandex News
Military Reviewin Yandex Zen
50 comments
Ad