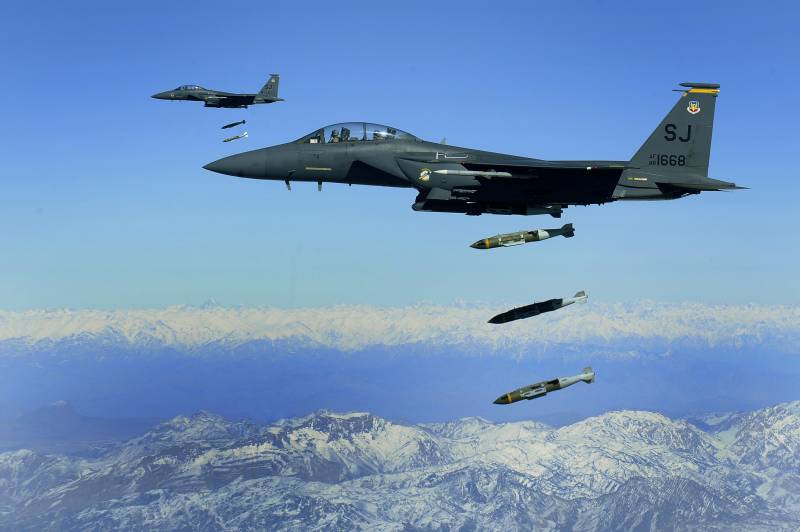 Foreign countries continue to supply the Kyiv regime with weapons and draw up new supply plans. Recently it became known that the United States is discussing the possibility of sending JDAM kits to Ukraine, and soon they officially announced the provision of such assistance. It is assumed that thanks to this, the Ukrainian Air Force will have modern guided bombs. However, it is already clear what problems and difficulties such assistance will face.

According to the latest

On December 14, The Washington Post reported on the new plans of the American authorities. It learned from several unnamed senior sources that President Joe Biden's administration is exploring the possibility of providing Ukraine with JDAM (Joint Direct Attack Munition) kits. Thanks to this, the Ukrainian Air Force will receive guided bombs and improve its combat capabilities.

At that time, the decision to ship JDAM products had not yet been made. The President or his security advisers did not approve of such a proposal. Whether they will allow the allocation of such assistance, and when this might happen, WP sources did not specify.

Technical details of possible assistance were also not given. So, WP did not indicate in which complexes the supplied kits can be used - in aviation or ground. In addition, it was not reported in what form the kits could be provided, independently or as part of ready-made adjustable bombs. If the United States allocates only kits, then it is not clear with which Ukrainian ammunition they will be used.

In the context of obtaining and deploying a new weapons The Washington Post recalled the problems of Ukrainian military aviation. It is equipped only with old Soviet-built aircraft, which imposes certain limitations. Over the past time, the Pentagon has been looking for ways to modernize this technique. At the same time, they actually abandoned plans to provide modern foreign aircraft, which require retraining of flight and technical staff. 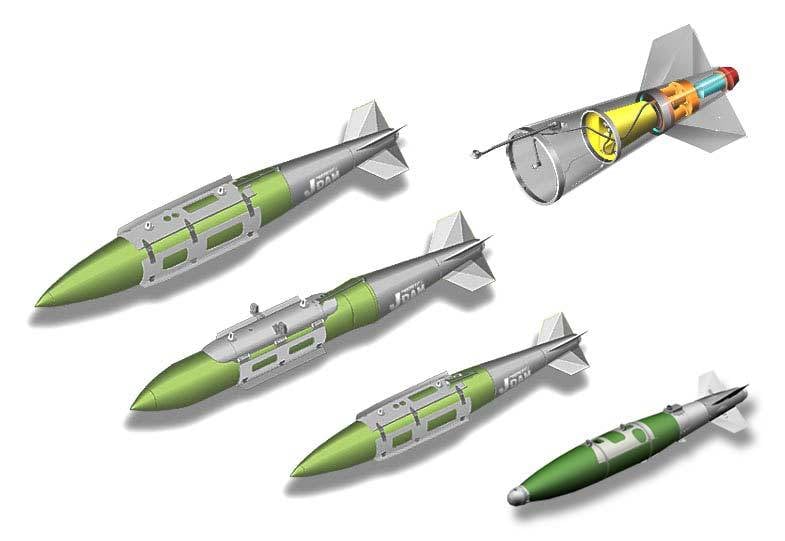 The American leadership did not comment for several days news about the supply of JDAM. But on December 21, they officially announced a new large military aid package, which, among other things, will include such products. At the same time, the number of products for shipment, delivery features, etc. are not specified.

The JDAM project has been developed since the early nineties. His goal was to create a new bomb for tactical aviation, capable of hitting targets at any time of the day and in any weather conditions. Several options were considered with different control methods, and in the end, guidance according to the GPS system data, implemented in a joint project of several companies, was chosen as the most successful. Tests of the first experimental bombs of this kind started in 1993.

From a certain time, as part of the JDAM project, it was planned to develop a special kit for installation on an existing unguided bomb. With its help, the latter was supposed to turn into an adjustable means of destruction. JDAM products of this kind appeared by 1997, and subsequently passed all the necessary tests, including military ones.

At the turn of the decade, the JDAM kit made it possible to create several new guided bombs in various calibers. Such weapons entered service with the tactical aviation of the Air Force and the US Navy. Later, foreign orders appeared - in total from more than 30 countries. The Boeing company is engaged in the production of kits and the assembly of bombs with them.

In the XNUMXs, the original JDAM kit was supplemented with a laser homing head. This version of the product, designated as LJDAM, reached the series and was supplied to various customers. Other guidance methods were also worked out, including with the help of a passive radar seeker. 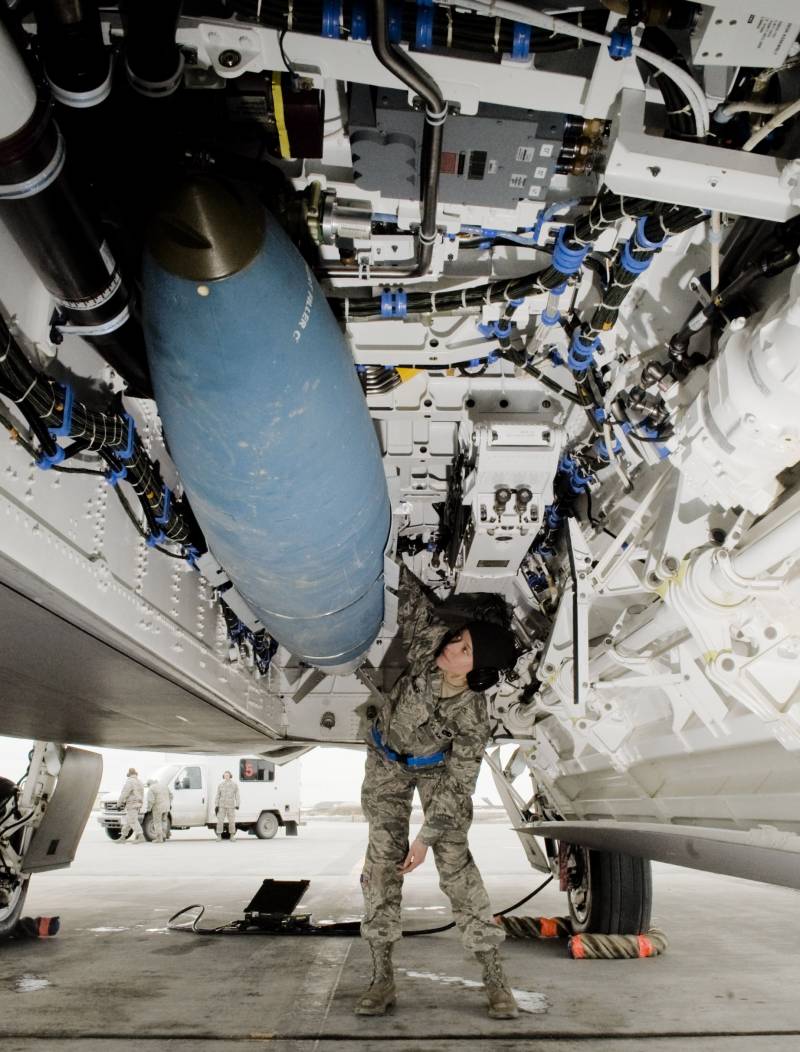 GBU-32 bomb in the interior of an F-22A
Since the beginning of the 21s, JDAM bombs have been regularly used in various military operations conducted by the United States and other foreign countries. Quite quickly, they became one of the main means of destruction used by tactical aviation. This was facilitated by a favorable combination of performance characteristics, ease of use and relatively low price. So, in recent contracts, the cost of the kit was brought up to 22-XNUMX thousand dollars.

JDAM is a set of tools and instruments for installation on an unguided American-style bomb. A suspension device with weapons control system connectors, as well as small wings, is mounted on the ammunition body. The regular bomb shank with stabilizer is replaced by a new instrument compartment. In the case of the LJDAM modification, a small nose hull with a laser seeker is also used.

The main element of the JDAM kit is the tail hull, which acts as an instrument compartment. It contains satellite navigation devices, an autopilot and steering machines. Outside, x-shaped stabilizers with rudders are installed on the compartment.

The principle of operation of the JDAM bomb is quite simple, and in this respect it does not differ from other, more complex adjustable bombs. Before reset, the automation receives the coordinates of the target from the carrier aircraft. Then the bomb carries out an independent flight, during which the autopilot monitors the trajectory and, if necessary, corrects it. During tests and actual use of bombs with a set of JDAM showed QUO up to 7-10 m.

Based on the available unguided bombs, a whole family of JDAM ammunition of various calibers was created. So, based on the 500-pound free-falling Mk 82, BLU-111 and BLU-126, several versions of the GBU-38 JDAM product were developed. The larger thousand-pound GBU-32 is based on the Mk 83 and BLU-110 hulls. The family's maximum caliber is 2 pounds for the GBU-31 bomb. It includes products Mk 84, BLU-109 and BLU-119. 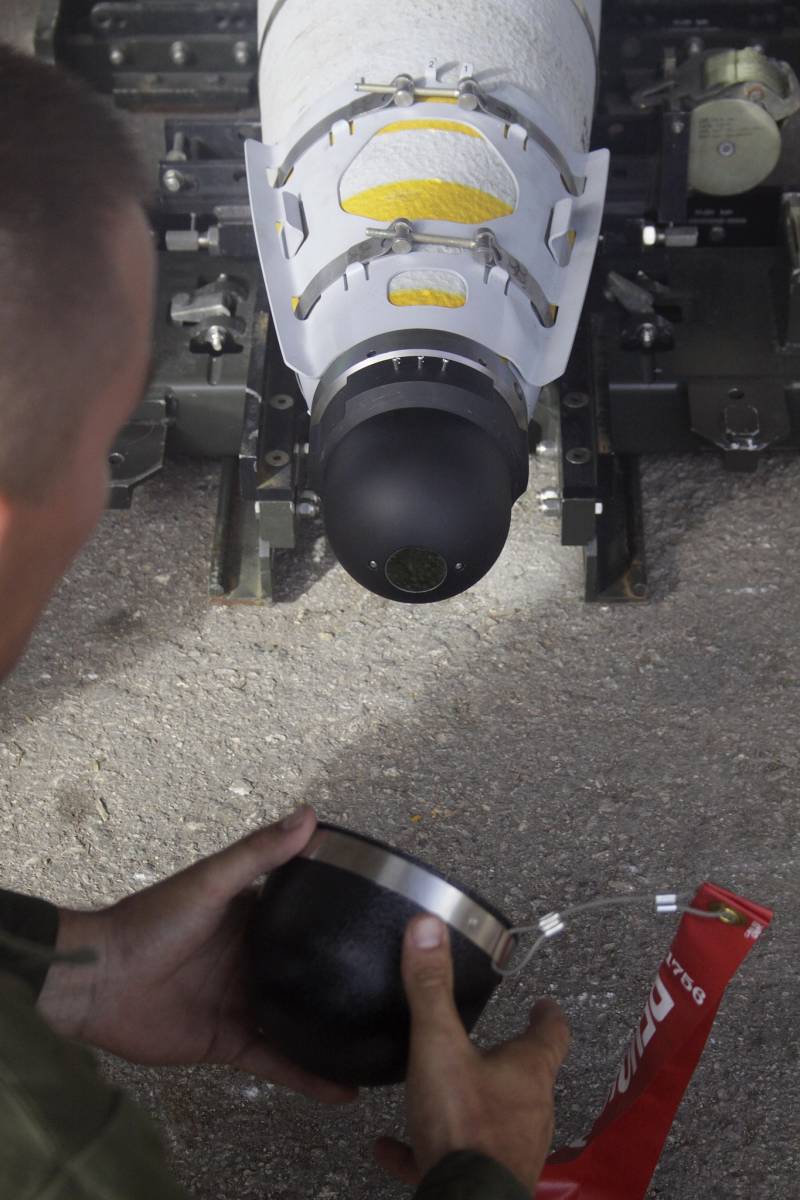 Laser seeker on the LJDAM bomb
JDAM products are used by all major US tactical and strategic aircraft. Depending on the carrier's speed and flight altitude, they can hit targets at a distance of up to 25–28 km. The possibility of increasing the range by installing a folding wing was studied.

JDAM kits and air bombs based on them are of obvious interest to the Kyiv regime. He wants to receive modern foreign weapons, including those showing and confirming high performance. Nevertheless, for obvious reasons, he will not be able to use the full potential of American bombs. This will be prevented by various problems along the line of integration of such weapons.

American sources do not say what products will be supplied, but it is already clear that there will be difficulties with the compatibility of components. So, in the case of the transfer of ready-made GBU-31/32/38 bombs, it will be necessary to redo the aircraft beam holders for foreign mountings. If deliveries are limited only to the tail instrument compartments, then a more difficult task will arise. They will have to be connected in some way to the bodies of Soviet-style bombs. Whether it will be possible to do this and not create new problems is unknown.

It should be noted that compatibility with the carrier aircraft is determined not only by the configuration of the holder and its locks. Much more important is instrumentation. Aircraft of the Ukrainian Air Force do not have devices for interacting with JDAM and entering commands. Installing such devices on a Soviet-style aircraft looks like at least a difficult undertaking.

Without such equipment, the bomb's automation will have to be programmed on the ground before departure, which will drastically limit combat capabilities. Because of this, JDAM bombs, even under ideal conditions, can only be used against stationary targets with known and unchanged coordinates in advance. The carrier will not be able to independently find the target, determine its coordinates and deliver an accurate strike. 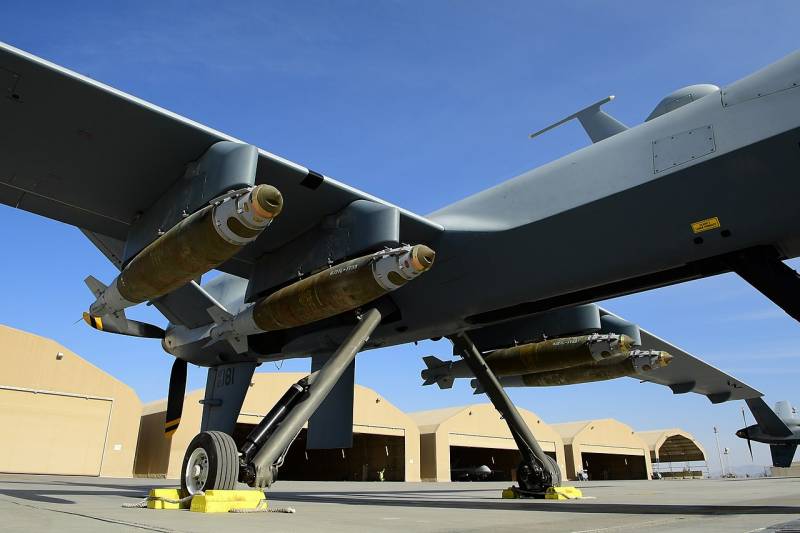 GBU-38 bombs under the wing of the MQ-9 UAV
The combat use of obsolete aircraft with modern bombs is associated with serious risks. The JDAM product is capable of flying no more than 25-28 km, due to which the carrier will fall into the short-range or medium-range air defense system before being dropped. At the same time, he will be detected and taken for escort long before reaching the drop line.

Raises questions and the survivability of JDAM bombs in a modern armed conflict. It is quite possible that Russian air defense is capable of detecting and hitting not only carrier aircraft, but also dropped guided bombs. During the hostilities, the interception of more complex targets has already been demonstrated.

Thus, the receipt of JDAM kits or air bombs with similar equipment will have practically no effect on the real combat capabilities of the Ukrainian Air Force. It will not be possible to realize the potential of such weapons, both for technical reasons and because of the small number of Ukrainian military aviation. In addition, one should take into account the active opposition of the Russian Aerospace Forces and Air Defense.

The Russian army has not yet encountered such a weapon, and its appearance in the combat zone will provide useful experience in dealing with it. In addition, the Pentagon and its contractors will benefit. They will be able to work out the installation of JDAM on foreign-made aircraft, as well as test this weapon in the face of active opposition from anti-aircraft weapons. It will certainly be a useful experience, and Ukrainian planes and pilots are ready to sacrifice for it.