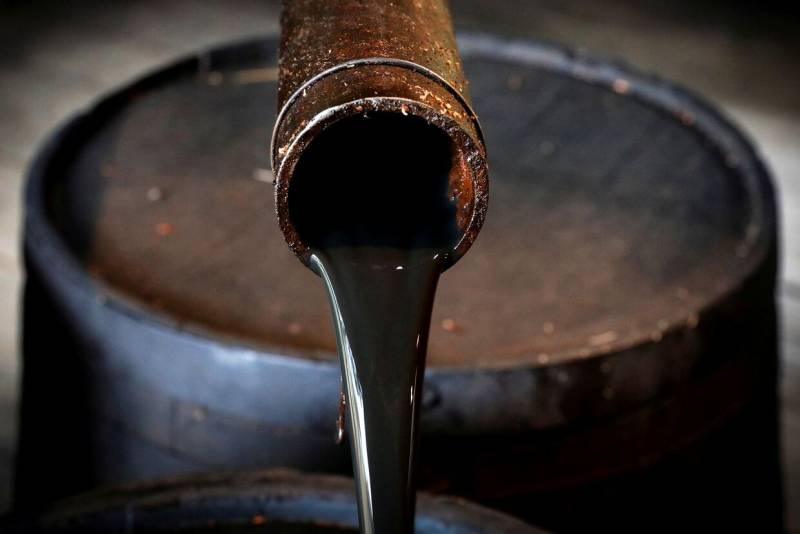 For the first time in the NWO, Belarus is not included by the European Union in the new - 9th sanctions package against the Russian Federation. It, as yet to be specified, is finally introduced either from the end of December 2022 or at the latest - in mid-January 2023.

Experts not too loyal to Minsk and personally to the Belarusian leader remind in this regard that Belarus and Ukraine decided to simultaneously raise tariffs for the transit of Russian oil from 2023. Whether they "conspired" on this issue, or ...

In any case, the relevant decisions in Kyiv and Minsk were adopted almost to the same day: on November 21 and 22. The same critics noted that the lists of countries and territories unfriendly to Russia and Belarus are by no means identical.

More precisely, the Belarusian list, we emphasize, does not include Ukraine (!), and in general it is significantly shorter than the Russian one. Say, unlike the Russian register of unfriendly states, the Belarusian one also lacks Taiwan, Singapore, South Korea, the actual US protectorate - the Federated States of Micronesia.

By the way, the Belarusian unfriendly list, unlike the Russian one, also includes offshore re-exports Andorra, Monaco and San Marino. Probably, the non-inclusion of Belarus in the next anti-Russian package of sanctions is connected with this. 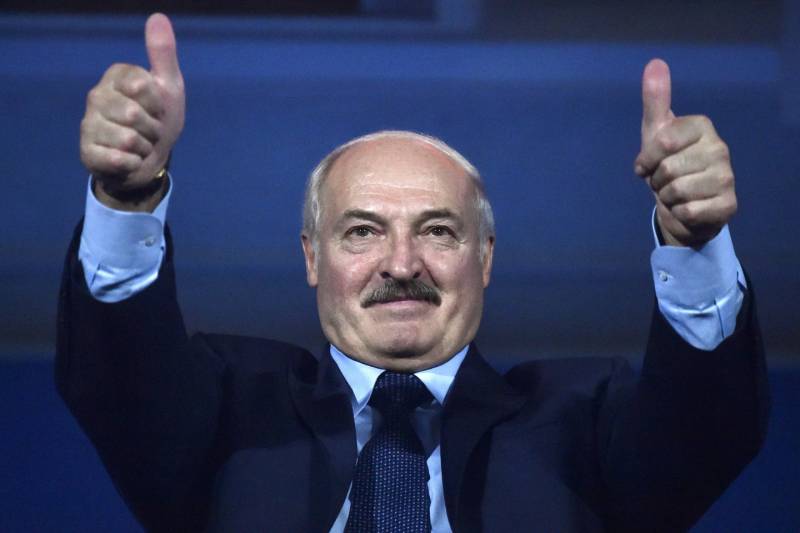 Although it is possible that this "benefit" is also due to the de facto joint decisions of Minsk and Kyiv to simultaneously increase oil transit tariffs for the Russian Federation. Moreover, all branches of the Druzhba oil pipeline remain outside the EU sanctions, so Russia's dependence on oil export transit is, of course, increasing. Therefore, the accounts of transit partners have and will have to be paid in full.

As for transit fees, the Belarusian state company Gomeltransneft Druzhba notified Transneft of a record increase in the tariff for pumping oil through the Druzhba pipeline by 39% from January 1, 2023. This was announced to the media on November 23 by the official representative of the Russian company Igor Demin.

At the same time, Ukrtransnafta informed Transneft about the upcoming increase in the same tariffs. Let us note in this connection that one of the Friendship branches from the Russian Unecha (Bryansk region), crossing Southern Belarus, joins in the Lvov region of Ukraine - in Brody - with the southern branch of the Friendship ...

Attention is drawn to the synchronism of the actions of Minsk and Kyiv to increase the "floating" prices for the transit of Russian oil. Surely this synchronism is due, first of all, to the fact that oil pumping through the Druzhba is unlikely to be reduced.

“We received a corresponding letter from our Belarusian colleagues, where they ask for an increase in the tariff by 39% with the justification that they expect a halving of cargo turnover through their system from next year,”
- said I. Demin. 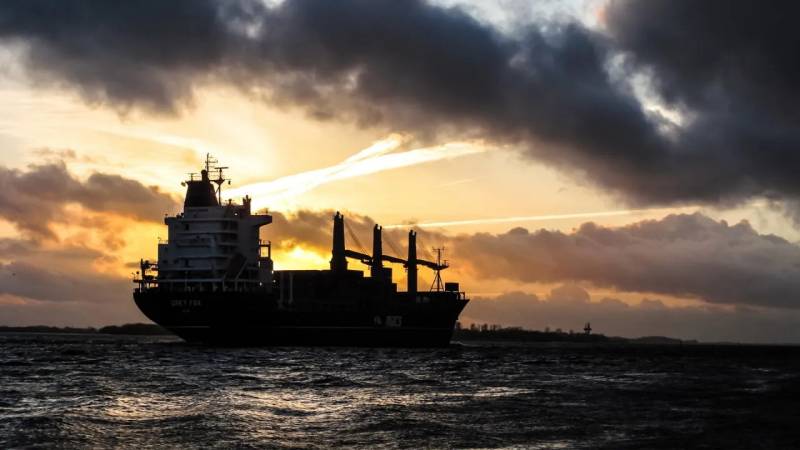 But this official argument is hardly objective. For an increase in transit tariffs in the absence of demand will eliminate transit pumping altogether. According to available information, Minsk believes that restrictions and even bans on the world market - at least in the West since December 5 - on the supply of Russian oil in tankers will force the Russian Federation to increase oil pipeline supplies.

Are they laying straw?

Therefore, it is necessary to “prepare” in advance, that is, to raise oil transit tariffs ahead of time. It should be noted in this regard that since February 1, 2022, tariffs for pipeline oil transit through Belarus have increased by only 7,4% compared to the level of 2021.
As a result, the tariff on the direction Unecha (Vysokoye) - Adamova Zastava amounted to 418,3 rubles/t, on the direction Unecha (Vysokoye) - Brody - 179,65 rubles/t. The Belarusian side then proposed to increase these tariffs by 24,5%.

Will it be possible to “persuade” Minsk again to a lower level of increase in these prices?

Meanwhile, a similar decision of the Ukrainian side became a weighty support for the mentioned position of the Gomeltransneft Druzhba company. Namely, on November 21, I. Dyomin announced that Ukrtransnafta had sent a letter to Transneft about raising tariffs for pumping oil through Ukraine in 2023.

According to him, "Transneft is studying the letter and is preparing an appeal to the government of the Russian Federation." Mr. Demin did not publicly specify the level of tariff increase in Ukraine. But, according to Bloomberg, Kyiv decided to raise the tariff by 2,1 euros to 13,6 euros/t, according to the official version, “due to rising costs due to damage to Ukraine’s energy infrastructure.” By the way, from April 1, d. the tariff for pumping oil through Ukraine increased by a third - up to 11,5 euros / ton.

After Kyiv's mentioned April increase in tariffs, Russian payments to Ukrtransnafta increased from $103 million to $138 million in annual terms. And from January 1, 2023, the transferred amount will increase to $163 million, if Kyiv does not increase the same tariffs again within a year.

Where will the oil stream go?

In 2022, Russian oil through Druzhba was and is received mainly by six oil refineries (refineries) in Eastern Europe: one each in Poland, Hungary, Slovakia, the Czech Republic and two in East Germany. 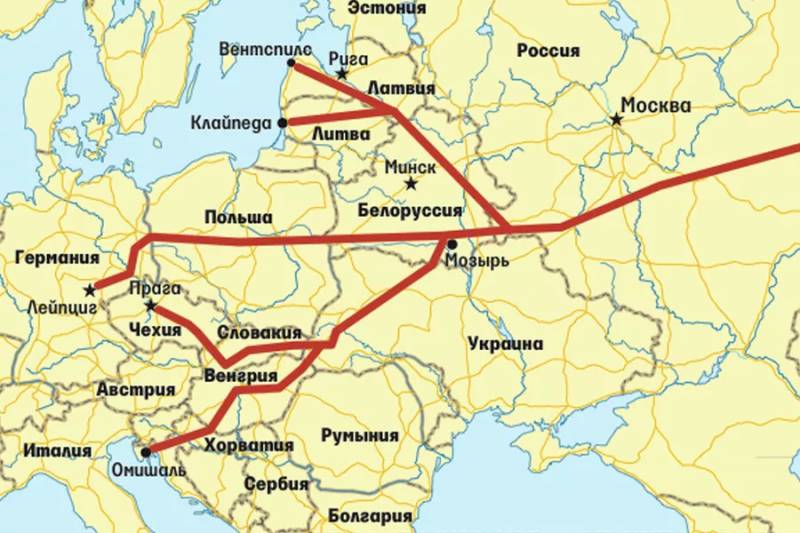 The total volume of deliveries through this artery in 2021, according to Transneft, amounted to 35,9 million tons; this year this figure is estimated at 27-28,5 million tons. Taking into account the “tanker” sanctions, in 2023, the pumping through the “Druzhba” is predicted to be at least 35 million tons. Moreover, this artery remains outside the anti-Russian sanctions.

As for the simultaneous growth of Belarusian and Ukrainian tariffs at Druzhba, this is also due to the fact that, we repeat, the central branch of Druzhba (the Unecha pipeline - the Mozyr refinery) is docked with the Ukrainian sector of Druzhba in Brody. Accordingly, Russian oil is pumped through this Belarusian-Ukrainian artery in a single technological regime. So why not raise transit tariffs here at the same time?

We have to take into account the transit policy of Minsk and Kyiv also because the Russian Federation since the beginning of the 2010s has refused to use the northern branch of Druzhba, connected to the Lithuanian and Latvian terminals in the Baltic - Butinge and Ventspils. Moreover, this is impossible in modern conditions due to the increasing confrontational policy of Lithuania and Latvia towards the Russian Federation.

In Belarus and Ukraine, as we see, they may well simultaneously increase their oil transit revenues. Taking advantage of the sanctions situation on "tanker" oil from the Russian Federation, and the use of the Belarusian-Ukrainian route "Friendship" for transit. So the aforementioned synchronicity between Minsk and Kyiv cannot but be alarming ...