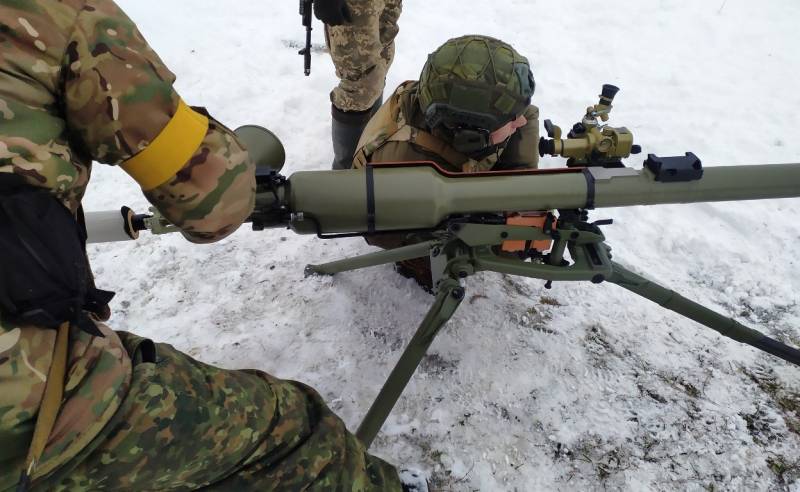 Territorial defense units of the Armed Forces of Ukraine received ATGL-H mounted anti-tank grenade launchers manufactured in Bulgaria. This is reported by the Ukrainian press, citing reports from the military.


Photos of new Bulgarian-made mounted anti-tank grenade launchers put into service with the defense units have appeared on Ukrainian resources. LNGs are supplied with SGL-9MA telescopic sights and 73mm RHEAT-9MA2 rounds for armored vehicles. It is reported that the range of destruction of the Bulgarian LNG is 1300 meters, and the ammunition is capable of penetrating 300 mm of armor.

Our crews of mounted anti-tank grenade launchers once again worked out the ability to destroy enemy armored vehicles and manpower
- said the representative of the defense, commenting on the past exercises with the use of LNG. 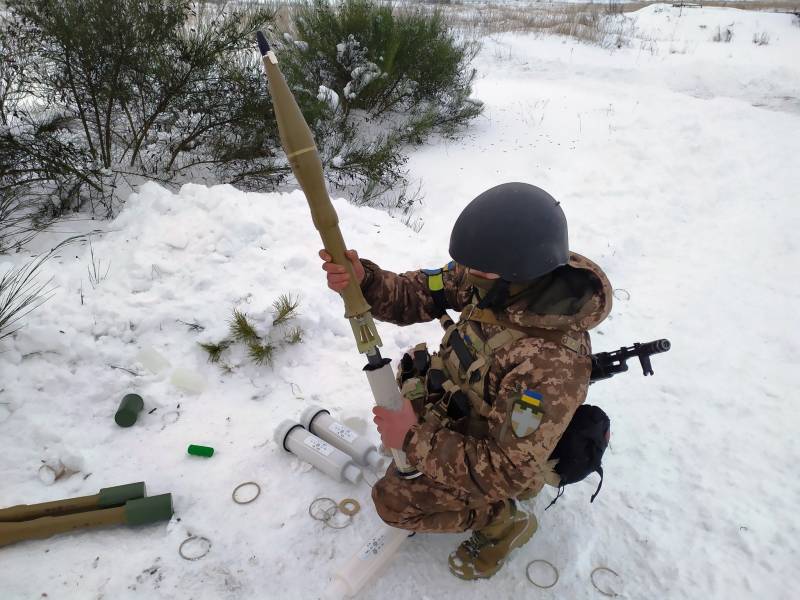 A clone of the Soviet SPG-9M is produced in Bulgaria at the Arsenal enterprise under the designation 73 mm ARSENAL Heavy Anti-Tank Grenade Launcher (ATGL-H). Talk about what it is weapon new for the Armed Forces of Ukraine and began to arrive within the framework of the decision taken in Bulgaria to provide military assistance to Ukraine, these heavy grenade launchers have long been in service with the Ukrainian army. In October of this year, our troops in one of the directions took the positions of the Armed Forces of Ukraine, where they found a large number of weapons made in Bulgaria. In particular, there were ATGL-H LPG, as well as ATGL grenade launchers, which are a Bulgarian copy of the RPG-7.