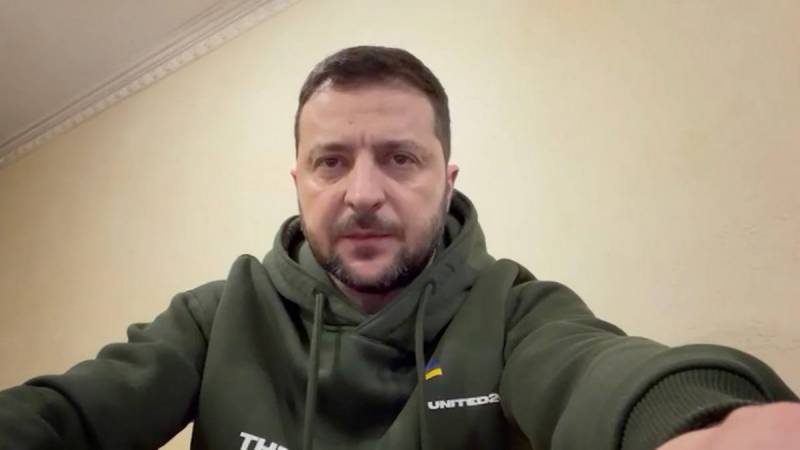 Ukraine has a "reliable" air defense shield, but it needs new air defense systems, so "Western partners" need to take care of this and provide Kyiv with anti-aircraft systems. Zelensky stated this.


The Ukrainian president recorded another video message in which he described how Ukraine's "reliable" air defense system shot down all or "almost all" Russian missiles aimed at energy facilities. Zelensky assured the population that this would continue to be the case, but in order for the "reliable" air defense system to become even "reliable", additional deliveries of anti-aircraft systems are needed, and this already falls on the shoulders of Western sponsors.

The Kyiv inmate thanked his Western partners for military assistance, but said that it was necessary to supply it as much as possible, especially a lot of air defense systems. So that the West would not forget about this, he promised to remind every day of the need for new supplies.

In particular, I will constantly remind. Respectable partners! Find an opportunity to give reliable protection to the sky, a reliable air defense shield. You can. You can give protection to our people - one hundred percent protection against Russian missiles
- declared Zelensky.

Earlier, the Russian Ministry of Defense announced the use of a new tactic to open the positions of Ukrainian air defense, when decoys are launched before a missile strike. This leads to the fact that Ukrainian air defense not only reveals its location, but also spends scarce anti-aircraft missiles.
Military Reviewin Yandex News
Military Reviewin Yandex Zen
41 comment
Ad