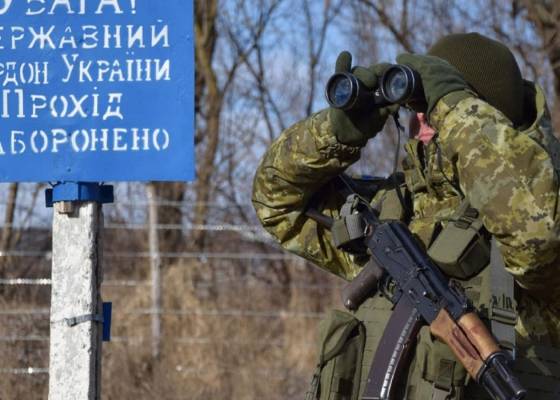 The peacefulness and long-suffering of today's leadership of Russia causes many not only misunderstanding, but also disappointment.


Explanations - "a big giraffe - he knows better", few people are already satisfied (although the belief in a miracle that it is "more aware" does not leave most of us).

The bloody meat grinder in the style of the First World War raises more questions than delights.
Naive suggestions, “Isn’t it time to dust off our tactical nuclear weapons?” cause hysteria of "common people" and "philanthropists", both endowed with power and representatives of the people who listen to the tops.

What is allowed? And is it even necessary?

The special operation is taking longer, the rules in it are becoming less and less, and they are mainly set against us.

Well, well ... Humanity and humanism are also dear to my heart. If it can be used against ukrofascism! Peaceful and humane.

Since the beginning of the new phase of the NWO, millions of Ukrainians have prudently decided not observe this process from the stalls, because it flies all over the “hall”. Many have decided to become not spectators, but listeners. The people poured in crowds from the enraged "state", as from a sinking ship or a burning house. 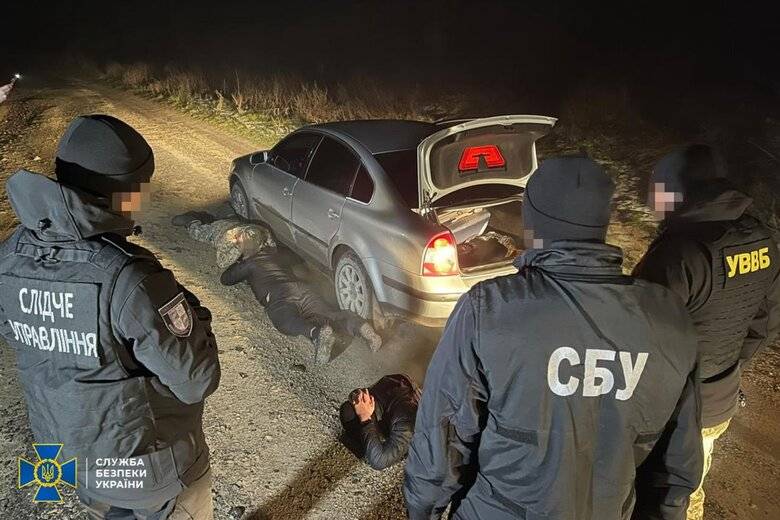 Most of these people are true patriots of Ukraine, the way it was before 2014 or before 1991.

But, as you know, Zelensky’s junta, knowing full well the real percentage of people’s support, instantly slammed the borders, turning the approximately 18 million remaining in the country into hostages, cannon fodder and human shields.

Everyone who was burning with the desire to go and kill himself on a Russian tank did it a long time ago.
Passionate national idiots are practically over.

Only military-age hostages remained. Those of them who are not fatalists and read the tale of "Two Frogs" as children are preoccupied with the choice between two ways of surviving on a military reservation.

To hide or to run away - that is the question? "Gold rush" on the borders of Ukraine. “Golden sand”, relatively speaking, these are those determined Ukrainian citizens who do not want to be either victims or accomplices in the deeds of the Zelensky criminal regime.

Many pay for the services of local guides, someone finds corruption holes in the border sieve. The border guards let those who pay a lot pass, and revealingly catch those who are not able to pay or pay not to them.

At the same time, everyone knocks on everyone, interfering with strangers and promoting their interests.

You can get a "go-ahead" for the wiring of your "evaders", as a fee for denunciation of your own competitors.

They swim through the border rivers and drown in them. They ride ATVs and cars, including in trunks. Entire companies of fellow villagers of military age are coming. And solitary fugitives along with their four-legged pets. 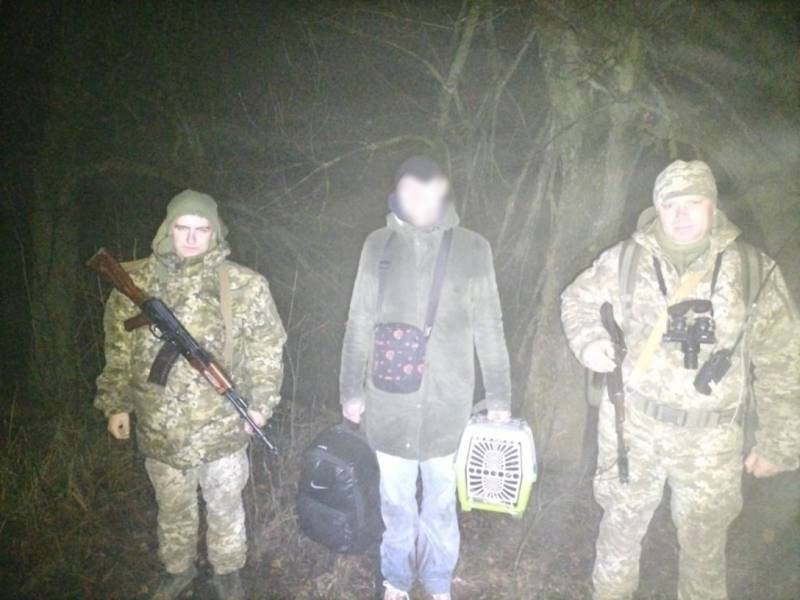 Recently, a large family with young children was detained at the border with Moldova, who tried to get out of Ukraine only because of the threat of mobilization of one of their relatives. 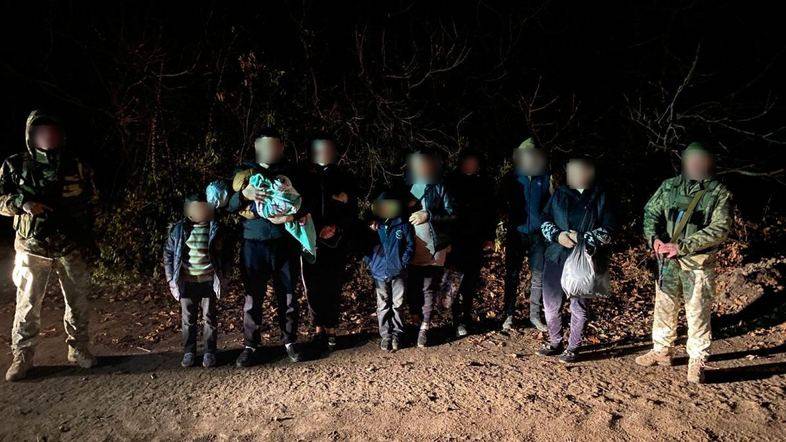 They are also trying to get out of Ukraine, bypassing the cordons and towards Russia. And the fate of these people, if caught at the border, can be even more tragic. 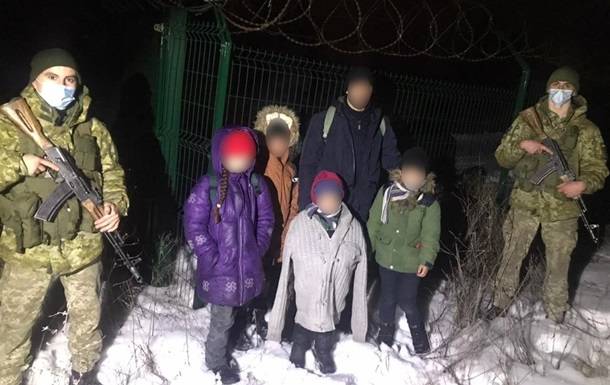 For the most part, these are all Ukrainian citizens who do not want to accept the fate prepared for them. In some relatively small areas, up to 5-7 arrests occur per day (more precisely, overnight).

Only the official list of those who drowned in Tisza while trying to leave the "Ukraine-maty" approached two dozen. The last know-how is an attempt to cross the cordon with a flock of wild boars. 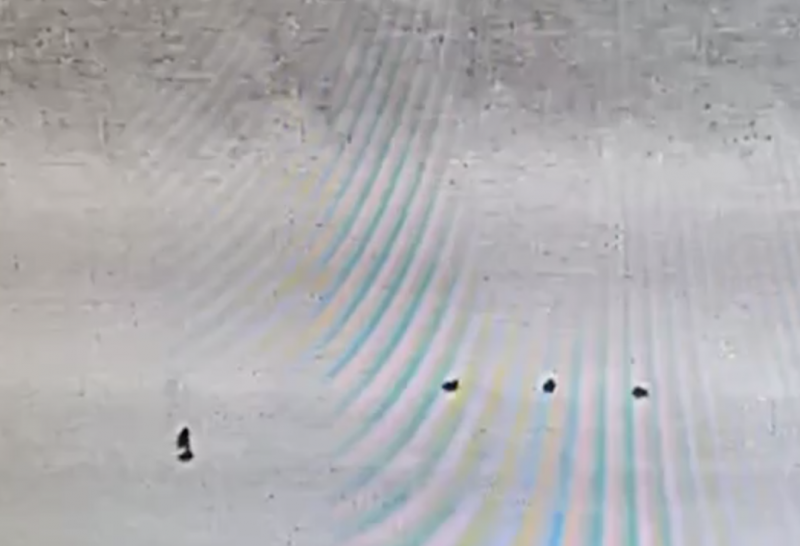 In any case, this is a colossal financial flow that fills the pockets of merchants in green uniforms and hucksters from among the locals.

Those who run away from war pay those who profit from it.

But let us put aside all the financial and organizational subtleties of this phenomenon accompanying the war.

Questions are being asked...

Why don't human rights organizations notice the legal right of Ukrainians to get out of the country? Those who do not want to give their lives and health to the possessed "green Fuhrer" and who did not recognize Bandera as "dad".

Why don't humanists and philanthropists shake this problem from the stands of the European Parliament and the UN?

Why are there no sharp articles in the foreign press describing the desperation of people risking their lives for the "visa-free" gift given to them by the Ukrainian authorities?

Why is it impossible to apply to this process, to make it more tragic, the concept of "evacuation from Ukraine", which is suppressed by the Ukrainian authorities?

Separated families, when fathers of families and sons, not being drafted into the ukrovermacht, are simply doomed to sit in cold and dark apartments because they are over 18 and under 60.

I am sure that this topic will attract the attention of human rights activists and journalists who are not fanatic about Zelensky.

In the battle on the information field, our opponents do not shun anything. Why don't we publicly worry about the hard fate notvisiting Ukrainians?

To draw (holding the muzzle in your pocket) parallels between today's Ukraine and the excesses with leaving the USSR or the former GDR. For the junta and its owners, such comparisons are like garlic for evil spirits.

The topic of the inability to travel outside the country is especially close to the boiling point in the western regions of Ukraine.

It was these people who stood behind the “Maidan”, which, through the efforts of Poroshenko, gave them the opportunity to raise the economies of all European countries, except for the “beloved Nenka”.
If Western journalists and human rights activists start to swing this topic, then the people, feeling the support, will boil.

Forced life on the reservation unites in resentment of power. And a young Ternopil banderlog of the Veseushnik, whose father cannot go to a construction site in Poland. And a cosmopolitan sailor from Odessa who does not like any kind of authority. And a smart student from Lvov, who loves Ukraine very much, but only after graduating from the university in Krakow, which he is no longer allowed to enter.

And an entrepreneur from Kharkov, if possible, will do everything to take the business to a place where you can work without a generator, military tax, and firmly knowing that your service station or bakery will not be at the epicenter of arrival tomorrow.

Even a lot of Veseushniks and other banded trash sitting in the trenches would gladly change their uniforms for work overalls. Anywhere, but not in the Batkivshchyna ruined and plundered by them.

I take the liberty of asserting that if tomorrow morning Zelensky is forced to lift travel restrictions, then by lunchtime the front of the Armed Forces of Ukraine will begin to crumble. They will have selection somewhat broader than fighting and dying or being captured.
I immediately foresee questions and criticism from liberal Russian comrades who are trying to pull the "owl on the globe."

- Firstly... Restrictions on leaving Russia apply only to those who are subject to conscription. And for everyone else, the West itself built an iron curtain. But at the same time, the West welcomes with open arms those from Russia who are "against the war."

Why not get them to put pressure on Zelensky and show their hospitality to the “pacifists” from Ukraine? Quite a worthy point of application of efforts for human rights activists and diplomats.

- Secondly, travel restrictions in Ukraine are more like a ban on evacuation.

And only gratuitous labor force from Ukraine can save the European economy.
What a wonderful coincidence of interests!

The vector of the “buildup” of this situation should be directed from the “holy Maidan” to the “long-term visa-free regime”, which Zelensky treacherously and unreasonably deprived everyone.

Then fan out to the sides:

- “whoever has money can leave”;

- "border guards bribe-takers profit while others are dying in the trenches";

- "Men are not called up and, having no work, they cannot feed their families";

– “the younger generation cannot get an education”;

– “in conditions of interruptions with everything, it is necessary to evacuate everyone to Europe.”

Once again, I want to emphasize that all of the above is not a scholastic discussion, but an obvious sore point of our opponents.

This is the method. Effective, bloodless and bringing our Victory closer.

“The son-in-law holds the mother-in-law by the legs from the balcony and says:
“Other sons-in-law killed their mothers-in-law, but I let you go on all four sides.”