Head of the Central Bank of the Russian Federation: Embargo and oil price ceiling worsen the prospects for Russian exports and increase pressure on the ruble 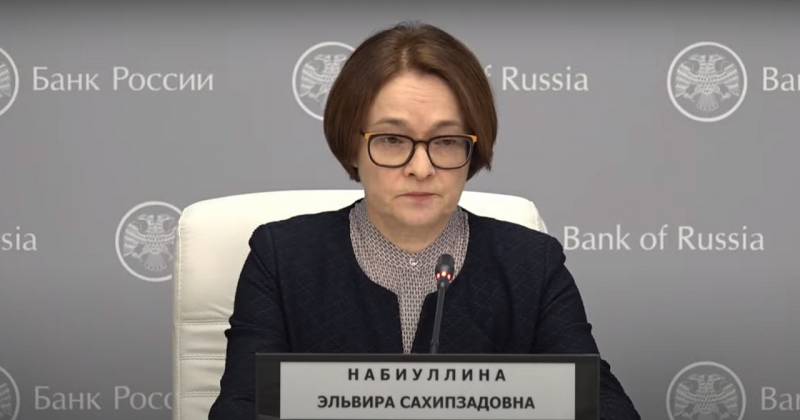 There is now a lot of talk and criticism in Russian social networks about the fact that in our country the military and political leadership is accustomed to embellish reality, both when reporting to the top and before the public. It turns out that this does not happen everywhere and not always.


After today's meeting of the Board of Directors of the Central Bank of the Russian Federation, the Chairman of the Central Bank, Elvira Nabiullina, during a press conference, made a number of statements and forecasts that cannot be called rosy. Moreover, her opinion is in some way contrary to the statements, including those made at a high official level, that Western sanctions practically do not harm the Russian economy, both now and in the future. It turns out that they can do harm, you should be prepared for this.

Thus, commenting on the establishment of a price ceiling for Russian oil, introduced by the G7 countries, the EU, Australia and Norway, coupled with the EU embargo on transportation by sea tankers, Nabiullina said that this decision would negatively affect the income of Russian hydrocarbon exporters. According to her, the entry into force of the sanctions coincided with the fall in world prices for hydrocarbons, which is associated with a deterioration in the outlook for the global economy.

An extended period of low prices, or additional strong declines, could lead to a sustained loss of income for exporters, escalate geopolitical tensions, tighten sanctions, worsen the prospects for Russian exports and mean a faster contraction in the trade balance, putting pressure on the ruble
- said the head of the Bank of Russia.

In itself, the depreciation of the ruble seems to be beneficial for exporters. But only if there is something to buy for the received currency. And in the context of global Western sanctions, the growth of imports in Russia is practically excluded even in the future. The fall in exports in monetary terms will also lead to a reduction in budget revenues. This is the very truth that both Russian economic actors and the government should accept in order to plan and take the right actions.

However, at the moment the macroeconomic situation in Russia remains quite stable. This is also evidenced by the fact that at today's meeting of the Board of Directors of the Central Bank of the Russian Federation it was decided to leave the key rate unchanged at 7,5%. At the same time, the regulator predicts a further decline in inflation to 5,0-7,0% in 2023 and a return to the target of 4% in 2024 and subsequent years.