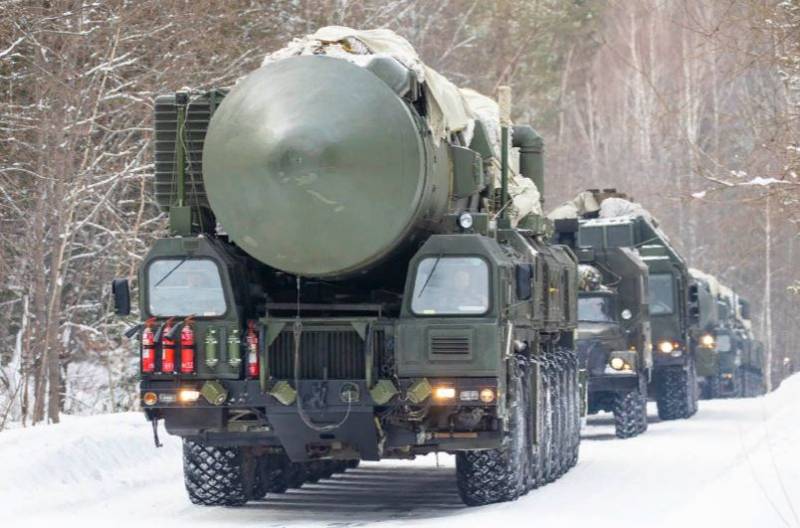 Today, a missile regiment in the Tver region in the Bologovsky formation took up combat duty on the new mobile unpaved complex "Yars"
- said Karakaev in an interview "Red star".

Next year, the Yars PGRK will enter service with the last regiment of the Bologovsky formation, and this will complete the rearmament of the mobile unit of the Strategic Missile Forces. The strategic complex RS-24 "Yars" is equipped with a mobile and silo-based solid-propellant intercontinental ballistic missile, it entered service to replace the Topol and Topol-M complexes in the Strategic Missile Forces.

To date, the Strategic Missile Forces maintain a two-component structure of the missile group, consisting of mobile and stationary missiles. The Strategic Missile Forces include: command and headquarters, three missile formations, 12 missile formations, arsenals, the 4th State Central Interspecific Range in the Astrakhan Region and the 10th Sary-Shagan Test Range in Kazakhstan.