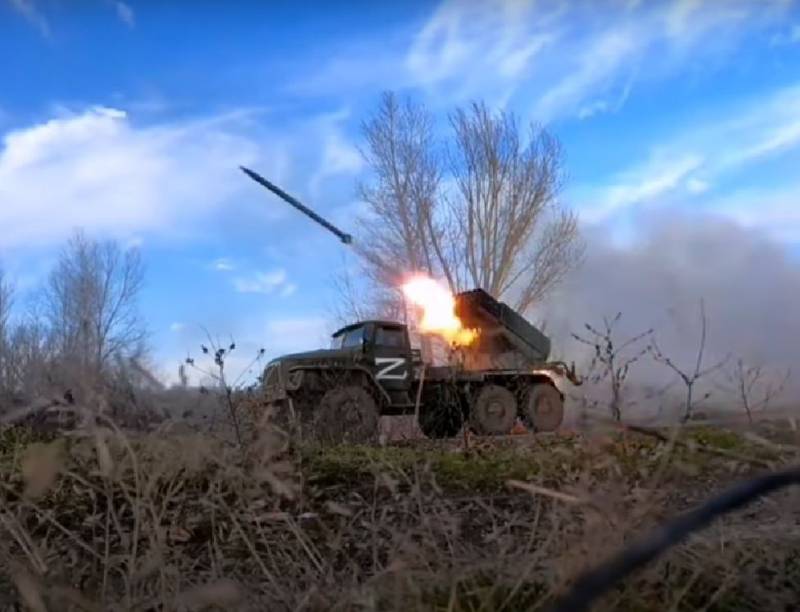 As of the morning of December 16, 2022, units of the Armed Forces of the Russian Federation (RF Armed Forces) continue to attack Ukrainian positions in several main directions. So, in the Luhansk People's Republic (LPR), Russian troops attacked enemy positions in the settlements of Stelmakhovka, Novoselovskoye, Belogorovka, Ploshchadka, west of Chervonopopovka.


In the Donetsk People's Republic (DPR), Russian troops attacked the positions of the Armed Forces of Ukraine in the areas of Grigorovka, Vyemka, Yakovlevka, Soledarp, Klescheevka, Nevelskoye, Novomikhailovka and a number of other settlements. Naturally, fighting continues in the two most successful, but also the most difficult directions.

Firstly, this is Marinka, on the release of 80% of which the head of the DPR Denis Pushilin reported yesterday. Russian troops in difficult weather conditions are slowly squeezing out Ukrainian formations from the territory of the settlement. Fights are going on in the western part of the city.

Secondly, this is Artemovsk and its environs, where Wagner PMC fighters work. Now the fighting is already on the outskirts of Artemovsk and in its eastern quarters.

Russian artillery strikes at enemy positions in Avdeevka and Krasnogorovka. Also, Russian troops attacked in the direction of Vesele, trying to bypass Avdiivka.

In addition, the Russian Aerospace Forces and the missile forces continue to inflict aviation and missile strikes against military infrastructure and enemy positions. The General Staff of the Armed Forces of Ukraine recorded 23 air and 4 missile strikes over the past day. Two missile attacks fell on the infrastructure of Kherson occupied by Ukrainian forces.

True, the Ukrainian troops are not asleep either: for example, the artillery of the Armed Forces of Ukraine shelled Stakhanov. In the Kherson region, missile strikes were carried out on the Iron Port, according to the WarGonzo Telegram channel.

Around nine o'clock in the morning on December 16, Ukrainian social networks reported the beginning of an air raid alert in several regions of the country. The alarm sounds in the Poltava, Nikolaev, Odessa, Dnepropetrovsk, Kharkov regions of Ukraine.