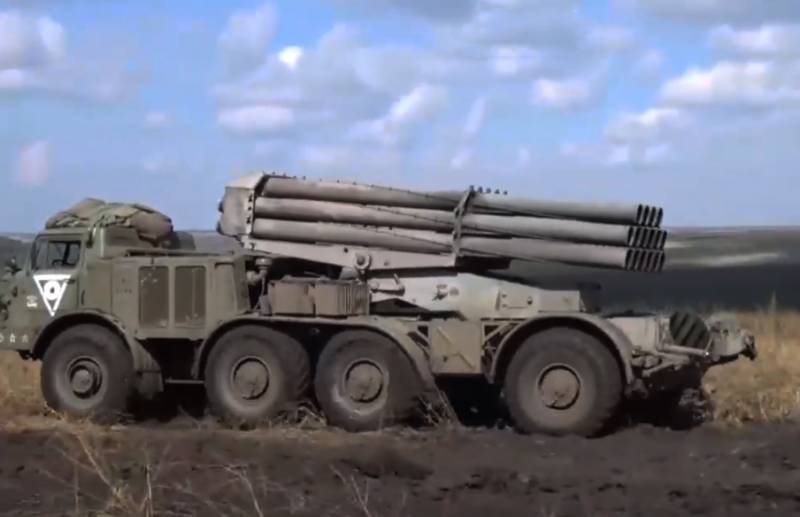 The Russian leadership is trying to stretch the front in order to prevent a "catastrophic situation." This was stated by the head of the Office of the President of Ukraine Volodymyr Zelensky Andriy Yermak.


According to Yermak, the Russian Armed Forces are specifically trying to act in several directions. They are shelling Ukrainian positions in Kherson and the region, demonstrating activity in the northern direction, actively attacking Artemivsk and fighting in the south of Donbass. However, according to Yermak, the Ukrainian army allegedly, despite all the difficulties, will continue to fight.

The head of Zelensky's office once again repeated the goal of the Kyiv regime - to reach the borders of Ukraine as of 1991. True, it is not very clear with what forces the Ukrainian army will be able to achieve this goal. After all, Russian troops are now advancing in the Donbass.

However, one should not forget that the ambitious statements of Ukrainian politicians are intended for two purposes - to calm the Ukrainian electorate and create the appearance of success for the West, so that it does not stop or even reduce the scale of military and financial assistance to the Kyiv regime. After all, without support from the United States and the European Union, the Ukrainian state cannot survive today, which is recognized by many Western analysts.

Recall that today the head of the Donetsk People's Republic Denis Pushilin announced the liberation of 80% of Maryinka by the Russian Armed Forces. This is very sad news for the Ukrainian regime, as well as the fact that fighting is already taking place in the city blocks of Artyomovsk.