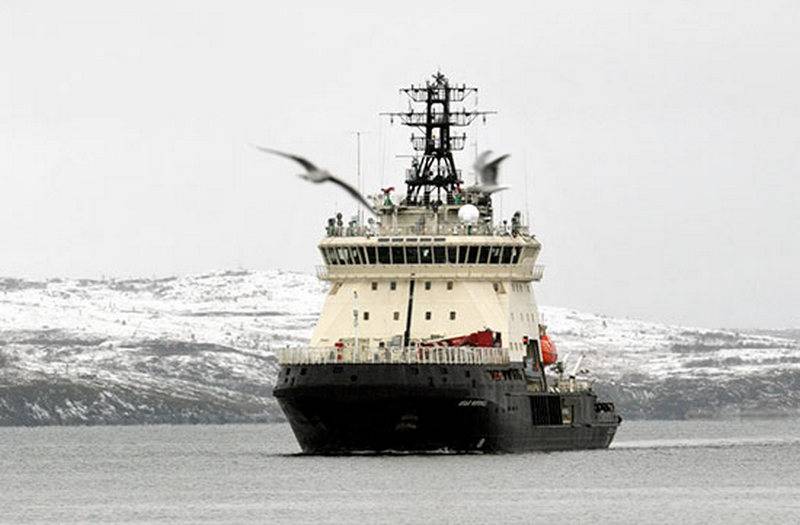 The newest icebreaker "Evpatiy Kolovrat" of project 21180M, built in St. Petersburg in the interests of the Russian Ministry of Defense, has begun passing factory sea trials. This was reported by the press service of the military department.

The diesel-electric icebreaker left the outfitting wall of the Almaz shipbuilding company and entered the Baltic Sea, with the crew and commissioning team of the enterprise on board. As part of the ZHI, all systems of the icebreaker and its characteristics, the operation of devices and mechanisms, etc. will be checked. The timing of the test in the message is not indicated. Most likely, "Evpaty Kolovrat" will become part of the Russian Navy "under the Christmas tree" or at the beginning of next year, it will depend on the tests.

The icebreaker will go to serve in the Pacific Fleet, it will be part of a detachment of ships providing troops and forces in the North-East of Russia. The crew for the icebreaker was formed in Kamchatka.

Evpatiy Kolovrat was laid down at Almaz in December 2018 and launched on November 20, 2020. Project 21180M, according to which it was built, is a further development of project 21180 with the only icebreaker Ilya Muromets. Unlike the base icebreaker, the new one is a "lighter version" with a shallower draft, allowing it to operate in shallow waters.