East China Sea - the third front of the third world 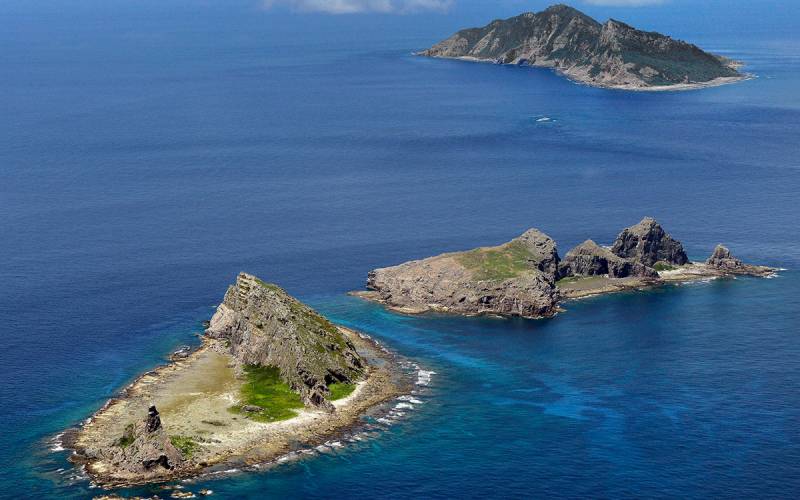 We have already written about the problem of the disputed Senkaku Islands in the East China Sea. But it turns out that the conflict is gaining new momentum. And we must start with the fact that the disputed archipelago is called differently in different languages.

Three countries actually claim the archipelago at once. And this despite the fact that it is uninhabited. In fact, these are bare rocks. But its strategic importance cannot be overestimated: the rocks are quite suitable for placing weapons.

De facto, the situation is similar to the status of Crimea, the DPR, the LPR, and a number of other Ukrainian territories that have come under Russian jurisdiction. That is, the islands are formally assigned to Japan, but not all countries recognize this. The most important thing is that the neighbors do not recognize this: China considers the islands to be its own, but, moreover, even Taiwan, which is unequivocally oriented to the West, also claims them.

On the one hand, this does not prevent Taiwan from cooperating with NATO, which Japan is a member of, on the other hand, the tension between the two clearly pro-Western countries does not disappear anywhere. However, given the increasingly aggravated relations between NATO Turkey and the other members of the alliance, this should not surprise anyone.

The older generation still remembers the case of Deniz Gezmish, who was hanged for a terrorist attack on an American military unit in Turkey. And those who are younger must have watched a movie about it, and also admired the adventures of Polat Alemdar from the movie "Valley of the Wolves" with clearly anti-American overtones. 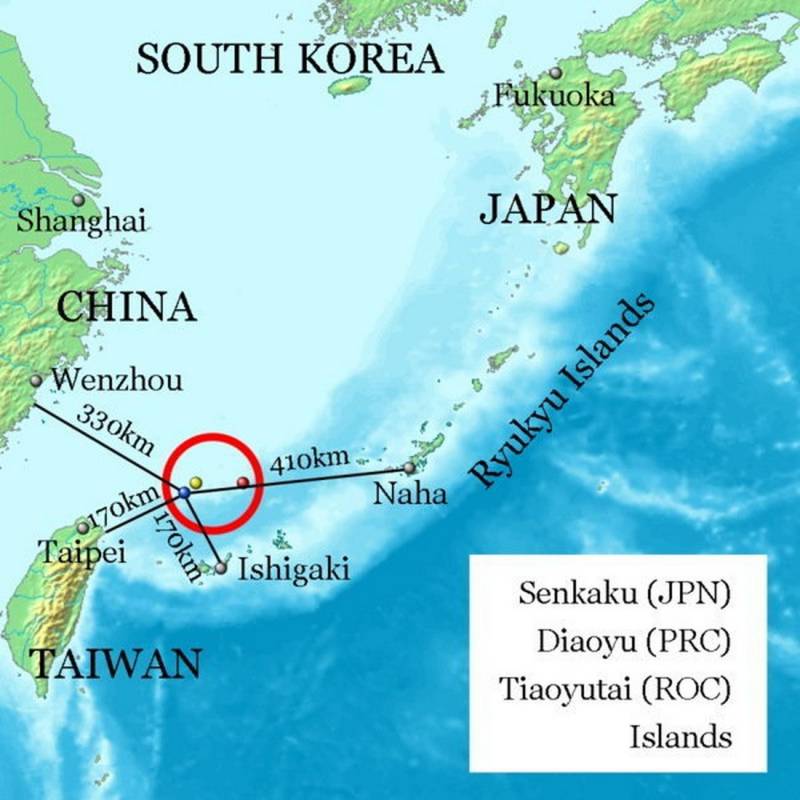 But one thing is Gezmish and his executed accomplices, and another thing is the confrontation of three states at once because of some rocks in the middle of the sea. And obviously no one is going to fish there, as it was in past centuries. They are needed for others.

Conflicts began immediately after the conquest of the islands by Japan in 1895. Then a new participant in the dispute appeared - Taiwan. Initially, it was about fish resources and potential oil and gas reserves. But economically practical, the Japanese did not really want to exploit these resources.

Modern military technologies make it possible to use these islands not for economic, but for military purposes. Considering China's construction of anti-submarine barriers in the South China Sea, the Senkaku Islands can be considered another frontier of the country's maritime militarization.

Historical China's memory keeps memories of the Second World War very well, when Japan "checked in" in the Chinese border regions no worse than the Germans in Belarus. Therefore, it is hardly worth waiting for any attempts at China's dialogue with either Japan or Taiwan, whose sovereignty it does not recognize.

In autumn, another aggravation of the conflict took place. Then two ships of the Chinese coast guard entered the territorial waters of Japan. There, what is most interesting, a Russian frigate entered.

Is this another Japanese fake against the backdrop of the ongoing dispute over the Kuril Islands, or is it really that the Russian General Staff inadequately assessed its forces and decided to wage war on two fronts: is Ukraine not enough? Although formally the Russians and the Chinese did not violate the inviolability of the Japanese border.

But according to international maritime laws, approaching territorial waters by 12 nautical miles is equivalent to an invasion. Both the Chinese and the Russian sides could not but know and understand this. It is another matter, however, that such laws of maritime law were once lobbied by the United States, but this does not change the situation.

What is written with a pen cannot really be cut down with an axe. Naturally, when all this happened, Tokyo filed a diplomatic note with Beijing. It is not entirely clear why Moscow did not submit it, but, apparently, against the backdrop of the “Kuril conflict”, Japan does not really want to aggravate the situation. Who else is there to sell right-hand drive "car-designers"?

Mercantile interests can sometimes prevail over patriotic ones. But the Japanese Ministry of Defense, in a statement the day after the invasion, also mentioned Russia. True, in a very mild form: it seems like, quite possibly, the Russian warship was moving away from the epicenter of the typhoon, and therefore approached the Chinese.

Moreover, other details of the incident were revealed. The Japanese themselves admitted that a Japanese poaching vessel was operating in the border zone. About the Chinese, the Japanese side hinted that they were catching him. That is, the pre-war situation is canceled?

Yes, it was not there. American experts immediately delivered their verdict: China and Russia are protesting against the US-Japanese alliance, and, of course, this is connected with the NWO in Ukraine.

In fact, with such statements, albeit unsupported by actions, we are talking about a multilateral military conflict in the region. Theoretically, on the one hand, Russia and China can participate in it, on the other hand, Japan, the USA and Taiwan. South Korea's position is unclear, but it doesn't take a great strategist to figure out which side it will take. Certainly not Russian or Chinese. 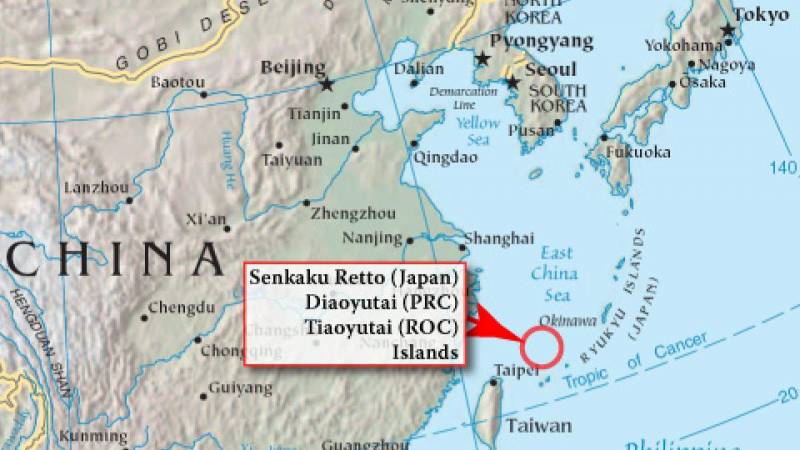 Japan is currently the main Asian ally of the United States. China, in fact, is not going to support either Russian interests in the region or American ones - it is for itself, the population, the army and fleet and that's enough. Taiwan is essentially a puppet in the hands of NATO. A kind of "decorative China".

In this situation, anything can happen, up to a full-fledged war. Another major war in the world - until recently, no one imagined that the Russians would grapple with the same Slavs - the Ukrainians. And in the region, the population is different both in cultures and in mentality, the Japanese, the Chinese, the Americans, and, finally, God forbid, the Russians, they don’t understand each other without an interpreter.

In May of this year, Chinese and Russian fighters in the area of ​​the islands already performed exercises, however, without entering Japanese territory. At the same time, talks on regional security were being held in Tokyo at that time, in which China and India, friendly to Russia, also participated.

Russia is certainly behaving irresponsibly, getting into a regional conflict from which it is unlikely to get anything. But another thing is that the further strengthening of NATO forces in the East China Sea will not bring anything good to Russia either.

Therefore, apparently, the best way out for the Russian General Staff is to take an example from the ancient strategy: if you want peace, prepare for war. But it’s better not to get into it too quickly: as we have already found out, China is a rather dangerous “ally”.