This morning, the Armed Forces of Ukraine fired 40 rockets from the Grad MLRS into two districts of Donetsk 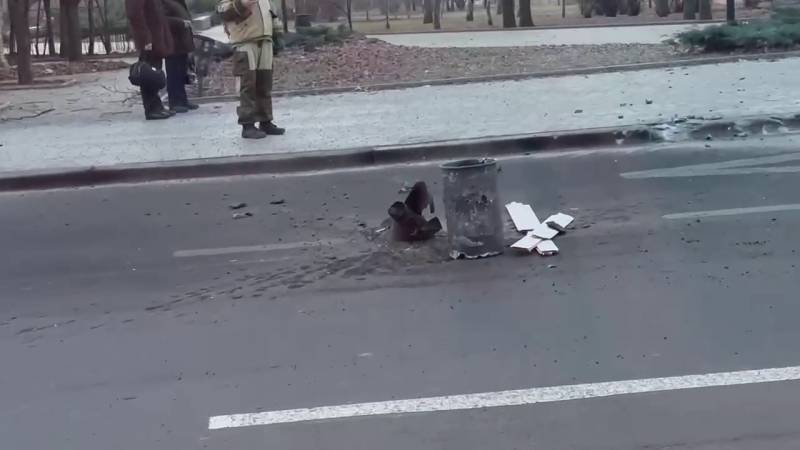 Unable to stop the continuous advance of Russian troops to the western borders of the Donetsk Republic, Ukrainian nationalists take revenge on civilians in the DPR, inflicting massive strikes on residential buildings and civilian infrastructure. And the more success our army has, the more chaotic and larger the shelling by the Armed Forces of Ukraine becomes.


This morning, two districts of Donetsk were subject to strikes from the Grad MLRS. According to the representative office of the DPR in the Joint Center for Control and Coordination of Issues Related to War Crimes of Ukraine, after six o'clock in the morning local time (coincides with Moscow), 40 shells from the BM-1 "Grad" were fired from the direction of the village of Tonenkoe by the Ukrainian Armed Forces. The Voroshilovsky and Kyiv districts of the capital of the DPR were hit. The village of Thin is located about 20 km from Donetsk.

Local authorities have not yet reported on the destruction and victims, a count is underway, emergency services are working. The first data on hits as a result of a mass attack by the Armed Forces of Ukraine are published by local users of social networks.

It is known that one of the shells of the Ukrainian MLRS hit a residential building on Shkolny Boulevard. The roof of the building and several apartments are on fire. The shells exploded right on the streets: fragments of glass and twisted structures are visible in the photo and video. One of the rockets hit the central dome of the Holy Transfiguration Cathedral in the center of Donetsk. 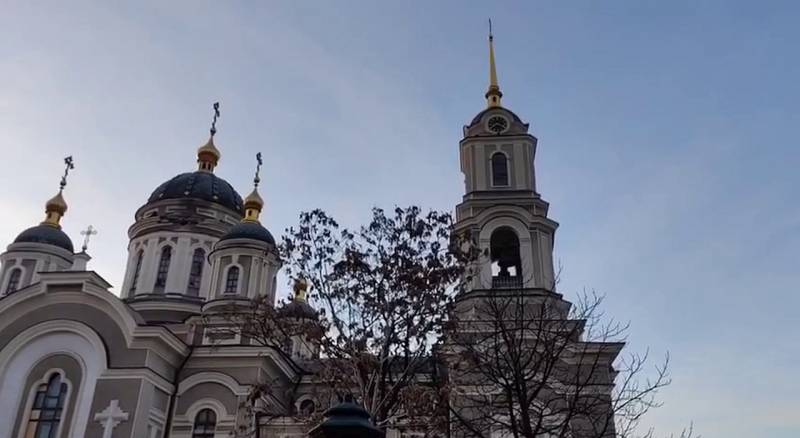 Studgorodok was under fire, the office and shopping center was significantly damaged, apparently from a direct hit. There is destruction in residential high-rise buildings, there is no information about the victims yet. According to eyewitnesses, a direct hit on the building of the student hospital, the windows and facade of school No. 2 were damaged, a fragment of a shell sticks out in the roadway along B. Khmelnitsky Avenue.

Another war crime was committed this morning by Ukrainian fascists. 40 rockets were fired at civilians in our city from BM-21 Grad multiple rocket launchers. The square at the intersection of B. Khmelnitsky Avenue and st. University, bul. School, st. Embankment, covered market area
— Donetsk Mayor Aleksey Kulemzin wrote on his Telegram channel, adding that the city had suffered the most massive strike since 2014.

It is known that when shelling settlements in the DPR, Ukrainian nationalists use the so-called “stray guns” tactics, when immediately after a series of volleys, the crew is quickly removed from the position. This makes it difficult to destroy the enemy installation with oncoming fire. It is necessary to cover the entire square of its location, which, probably, is being done by our gunners. But the most effective way to stop the shelling will be the complete liberation of the Russian territory of Donbass. Moreover, stopping at the administrative borders is also not an option - the militants of the Armed Forces of Ukraine will continue terrorist attacks from controlled territories along the Russian border regions.