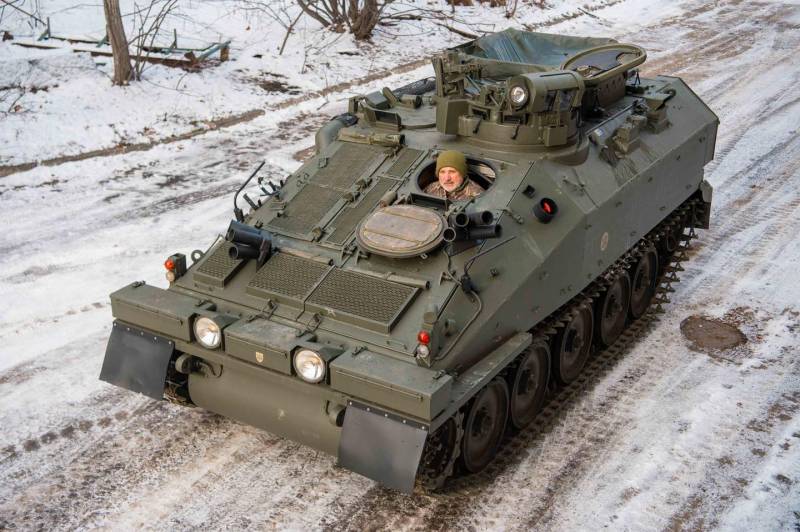 
Poroshenko personally commented on the delivery, saying that they would go into service with the airborne assault units of the Armed Forces of Ukraine fighting in the area of ​​Avdiivka and Bakhmut. The ex-president of Ukraine is confident that British armored vehicles are exactly the reinforcement that the Ukrainian military expects. In total, Poroshenko purchased 14 armored vehicles, including FV103 Spartan armored personnel carriers, FV104 Samaritan military ambulances and FV105 Sultan control vehicles. All equipment will be sent to Poland, and from there to Ukraine.

The first Spartans are already in Ukraine. And soon they will be near Bakhmut and Avdiivka. Landing, keep reinforcements
- Poroshenko wrote in one of the social networks banned in Russia.

Meanwhile, in Ukraine, a Beobachtungspanzer artillery reconnaissance and fire control mobile station based on the M113 tracked armored personnel carrier was spotted. The armored car was filmed during its evacuation with the help of the BMP-1 of the Armed Forces of Ukraine. The machine itself was developed in Germany and was in service with the Bundeswehr until 2002, after which it was sent to storage.