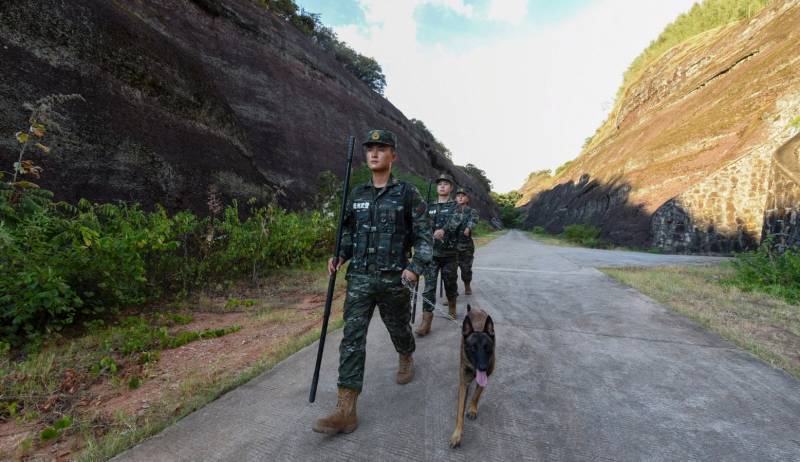 A new aggravation of the situation on the Indian-Chinese border in southern Tibet occurred last Friday. According to Colonel Long Shaohua, spokesman for the Western Theater Command of the PLA, the Chinese border troops were carrying out routine patrols on their side of the Line of Actual Control (LAC) in the eastern section of the border when Indian troops illegally crossed the line and blocked the Chinese border guards. The colonel said that the PLA military professionally dealt with the situation and stabilized it.


There was a clash between the two sides at the LAC border on Friday, according to Indian media, in which soldiers from both sides are said to have sustained minor injuries. 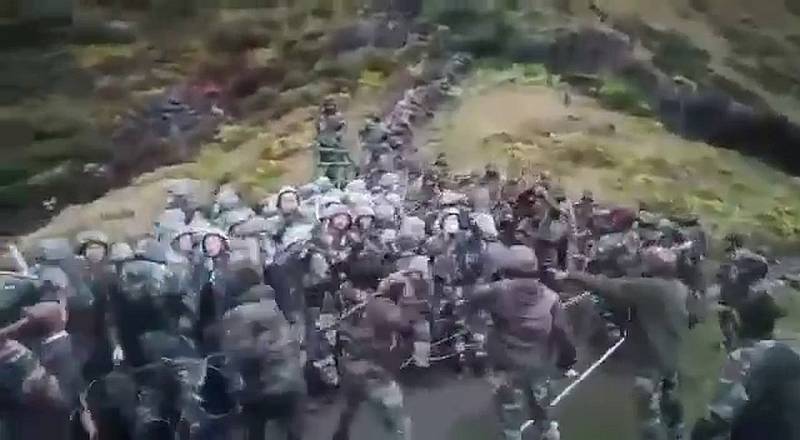 Chinese Foreign Ministry spokesman Wang Wenbin said at a briefing on Tuesday that the current situation is "generally stable" and asked India to abide by the peacekeeping arrangements in the border region signed by the two sides.

We hope that India will meet China's needs, implement the important consensus reached by the leaders of the two countries, strictly adhere to the spirit of the relevant agreements signed by the two sides, and jointly maintain peace and tranquility in the border region.
- quotes the words of the representative of the Chinese Foreign Ministry, the Chinese edition of Global Times.

After the conflict on the western section of the Sino-Indian border in 2020, both sides have increased their military grouping in the disputed border area. In parallel, Beijing and New Delhi are taking steps to politically stabilize this issue. The parties held a series of diplomatic rounds, signed a number of agreements, but so far it has not been possible to completely remove the tension in the LAC zone. Over the past 45 years, hand-to-hand fights between Indian and Chinese border guards have occurred repeatedly, and in 2020, 20 people even died in one of these clashes.

Ling Mingwang, a professor at the Institute of International Studies at Fudan University, believes that historical border disputes between India and China remain unresolved. At the same time, the professor emphasized, clashes on the Indian-Chinese border rarely occur in winter. The expert believes that perhaps India chose this time to start the conflict in an attempt to convey a certain message.

The new round of confrontation provoked by New Delhi may mean that the Indian leadership is sending a signal to the outside world that the confrontation between the two states will continue. This fits in with the strategy of India, which is trying to maintain good relations with the United States, which considers China its main rival in the international arena.

At the same time, Chinese experts are confident that Friday's clash will not lead to a serious escalation and military confrontation between India and China, even in the disputed border area. The parties quickly extinguished the conflict and now declare their commitment to previously reached peace agreements.