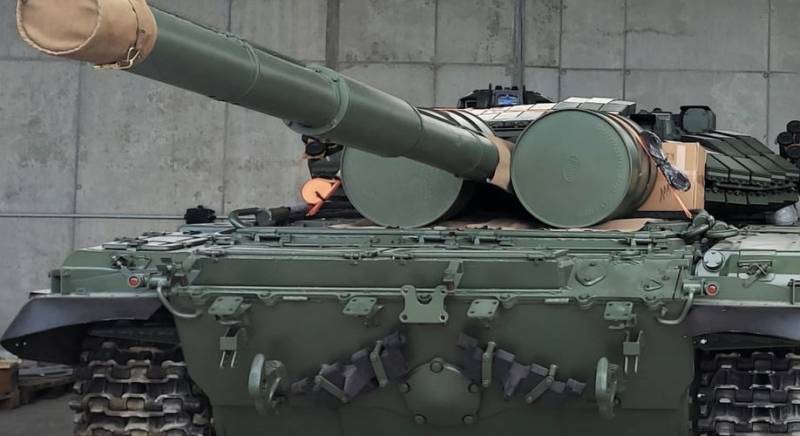 Ukraine next year will receive 30 more tanks T-72 upgraded at Excalibur Army enterprises in the Czech Republic. The work will be carried out as part of an option for 30 additional tanks to the ninety already purchased, which the United States and the Netherlands paid for Ukraine.


Additional armored vehicles in very poor condition were purchased from one of the African countries, which agreed to transfer them to Ukraine for a fee, of course. The name of the country is not given. In general, the Excalibur Army buys former Soviet tanks around the world, modernizes them and sells them to needy armies, in particular Ukraine. Pays for this entire US banquet.

The first five units of tanks for Ukraine will be received next week, we want to deliver 18 units before the end of the year
- said the Excalibur Army.

It takes about 66 days to upgrade one tank, but the technology has already been worked out and takes much less time. In the course of the ongoing work, the tank is completely dismantled, after which almost everything is changed, as a result, in fact, getting a new vehicle with dynamic armor, modern devices and means of communication. The tank is being upgraded to the Avenger version, supposedly a new Czech upgrade of the T-72 tank, making it comparable to 3rd generation tanks. NATO standard communications, GPS, thermal imagers, etc. are installed there. in general, all the same T-72M1, but received a little upgrade.

The first 90 T-72 tanks that the Czech Republic is modernizing will be taken from the storage of the Czech army, and the work will be paid for by the United States and the Netherlands, each country for 45 tanks. The first batch of modernized vehicles should go into service with the Armed Forces of Ukraine in December, it is possible that they have already been delivered to Ukraine. All this is served as a supply of tanks from the Netherlands.
Military Reviewin Yandex News
Military Reviewin Yandex Zen
56 comments
Ad