November 3, 2012
0
1944 year. American warships are faced with a new type of armament in Japan - MXY7 Ohka shells. Already not a plane, but a missile projectile with a suicide pilot becomes an unpleasant surprise for the military fleet U.S.A. The average flight speed was about 800 km / h, and anti-aircraft weapons simply could not qualitatively stop high-speed “live” rocket bombs. Direct hits into the glider or the impact of fragments of used air defense weapons did not stop the MXY7 Ohka.

The time has come to urgently develop countermeasures. According to the calculations of naval specialists, a high-speed controlled vehicle for delivering an explosive weighing approximately 35 kilograms was required, the destruction of which at a close distance from the missile aircraft was likely to destroy it in the sky. Began calculations for a new type of weapons. 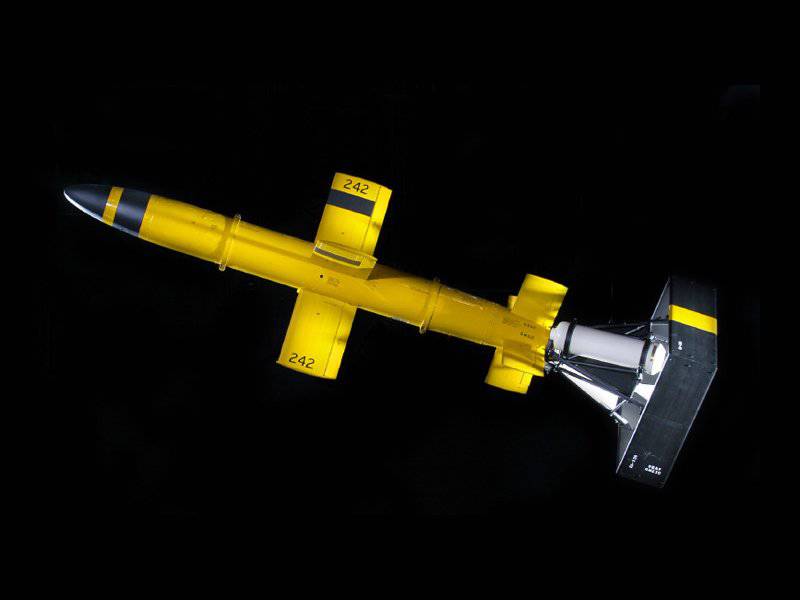 1945 year. The contract for the design and creation of a controlled anti-aircraft projectile "Lark" concluded with the American company "Fairchild". Following the contact, an order is issued for a hundred Lark test-pilot guided anti-aircraft projectiles. For full confidence in the creation of the required prototypes of missiles such conditions are offered by the company “Convair”.

1946 year. Begin the first test tests experienced missiles. In general, it is worth noting that, despite the end of the Second World War, the pace of military development work practically did not decrease either in the United States or in the Soviet Union. 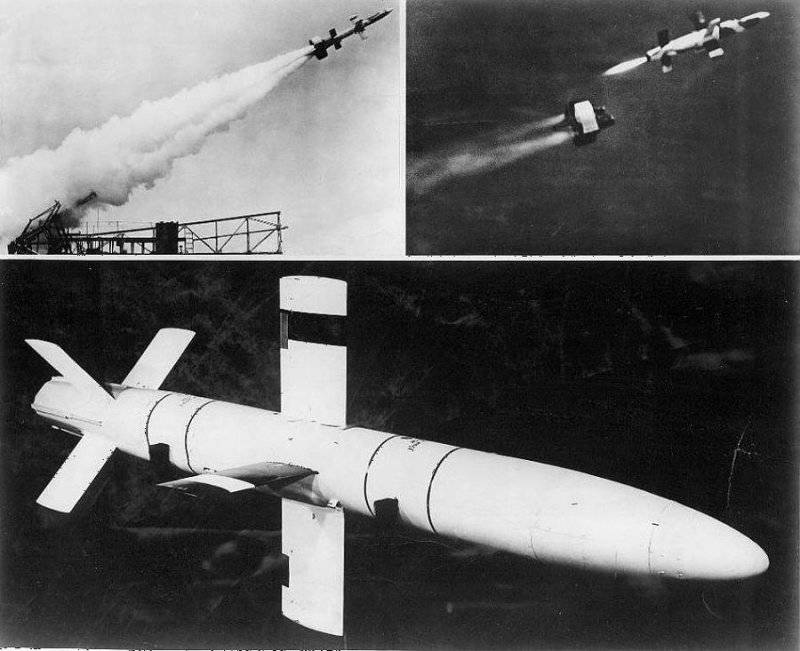 Device and design of missiles
The Lark project was a rocket (bullet-shaped hull with cruciform stabilizers in the center and cruise rudders in the tail section) equipped with a liquid-fuel engine, accelerator starter (two boosters) on solid fuel, a warhead with 45 kilograms of explosive and radio command control. In the course of development, after the end of the Second World War, when companies were not required to create and launch into mass production as soon as possible, the development of autonomous control began (1947 year). “LR2-RM-2” was used as a propulsion engine. The warhead weighing kilograms 45 taken after the last calculations, which showed that such a warhead with close undermining provides almost 100 percentage destruction of enemy targets.

Options Zour
Fairchild presented its own KAQ, equipped at the time with the sophisticated Skylark guidance system. It was a radio command guidance of the main leg of the flight and semi-active homing on the final leg.

Convair introduced its own KAY, equipped with a more simple guidance system. It was the guidance of the radar on the main part of the missile flight and active homing in the final segment.

The main differences between the missiles, in addition to the guidance system, were wing executions. On the KAQ rockets, flaps were performed, on KAY, wing oscillations were used. 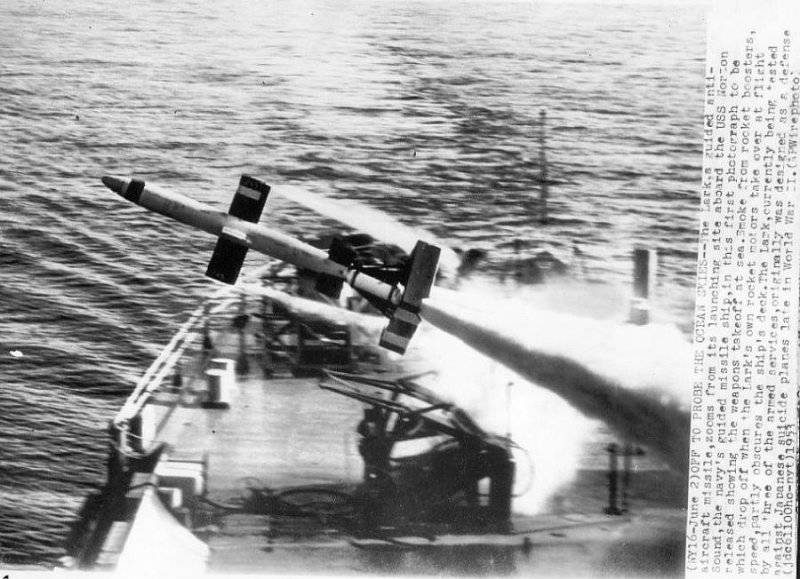 1950 year. Start of flight tests from the sea carrier. They were carried out from the USS "Norton Sound" naval experimental ship of the United States Navy. To conduct flight tests on it set launch for both versions of the Lark. The tests were considered successful - guided anti-aircraft missiles successfully shot down aerial unmanned targets.

Fate of zour
The post-war technical leap, based, firstly, on the captured armaments of Germany, and secondly, “due to” the beginning of the Cold War with an arms race, led to the fact that already at the beginning of 1950, anti-aircraft missiles with high-speed characteristics in 0.85 Mach and range to 55 kilometers become obsolete and did not satisfy the main customer - the United States Navy, for whom the Bumblebee program was carried out in full swing. Developed rocket series RIM showed more opportunities. Therefore, in the 1951 year, the entire Lark program is stopped and quietly closed. The remaining missile samples were used as target rockets and for various tests. They even get their respective names - CTV-N-9 (KAQ) and CTV-N-10 (KAY). 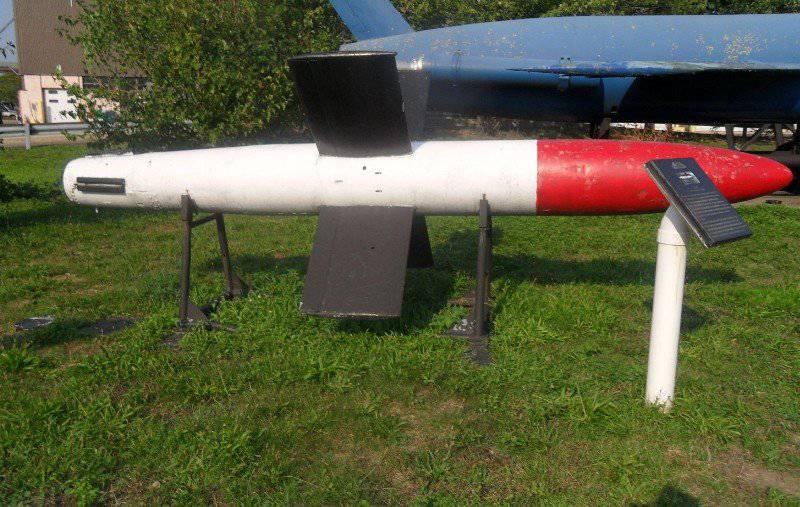