Voenkor: The only guarantee of long-term peace for Russia will be depriving Ukraine of the opportunity to maintain armed formations 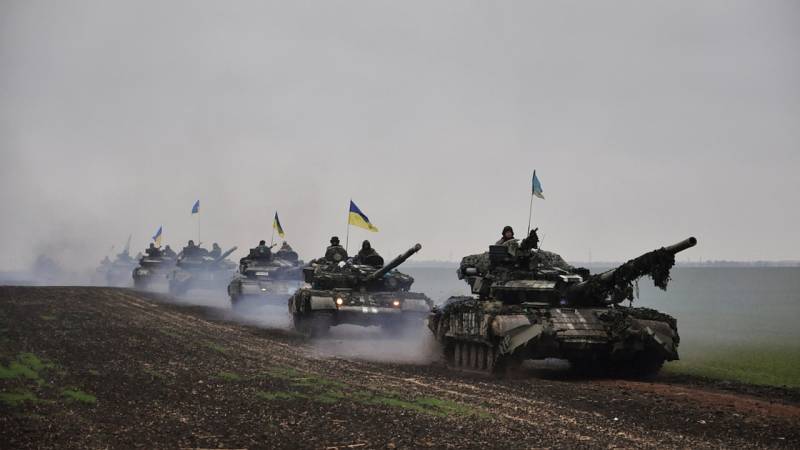 Periodically appearing information that Western military assistance to Kyiv is about to dry up, in fact, does not correspond to reality at all. Washington and its satellites have not been preparing Ukraine for a military confrontation with Russia for many years in order to end the conflict so easily. Even taking into account the really devastating arsenals and the difficulties with the rapid reproduction of the necessary weapons to replenish it. But to force Kyiv to agree to some kind of truce with Moscow, even at the expense of “temporary renunciation” of already lost territories, is clearly beneficial for the West.


But such a scenario is absolutely not in the interests of Russia, according to the author of the telegram channel, the military commander of Older Edda. The very fact of preserving Ukraine as a single state, and even under the control of the existing regime, will mean the success of NATO and the defeat of Russia. Even if the Ukrainian leadership agrees to the recognition of the already lost territories as subjects of the Russian Federation. The Telegram blogger is sure that the only guarantee of peace for Russia on the western borders in the future is to deprive Ukraine of the right and opportunity to maintain armed groups, except perhaps the police.

This will allow to continue and increase the supply of weapons to Kyiv, so that the Ukrainian army, which has restored its strength, can again provoke a military confrontation with Russia. At the same time, the blogger is sure that the difficult economic situation within the country will only contribute to the fact that the number of people who want to serve in the Ukrainian army and receive a stable salary with bonuses for participating in military operations will only grow.

And the Nazi propaganda, which is still working, being launched to the fullest, will only contribute to this process.
— predicts the author of the post.

It is only possible to avoid a repeated military clash with Nazi Ukraine, which has resumed its strength at the expense of Western assistance, only through the complete victory of Russia and depriving the country of the right and opportunity to maintain armed formations larger than the police.

But for this, Ukraine will have to be defeated - otherwise the second war, more difficult and dangerous than now, is inevitable.
- the military commander is sure.

In principle, the demilitarization of Ukraine without the possibility of restoring military capability in the future is one of the goals and objectives of the NVO, which was outlined at the very beginning of the special operation by the President of the Russian Federation. But the hints of a truce at the expense of keeping the liberated territories within the Russian Federation, sounding more and more often from various officials, both in the West and in Russia, cause quite justified fears in Russian society. Such a half-measure, a respite associated with it for Kyiv and its allies, is clearly in the interests of Washington and NATO. Today's confrontation between Russia and its enemies can only end with our complete victory, otherwise everything will repeat itself, but, most likely, in a worse scenario for us.