SMERSH and Counter sniper rifles are delivered to the troops 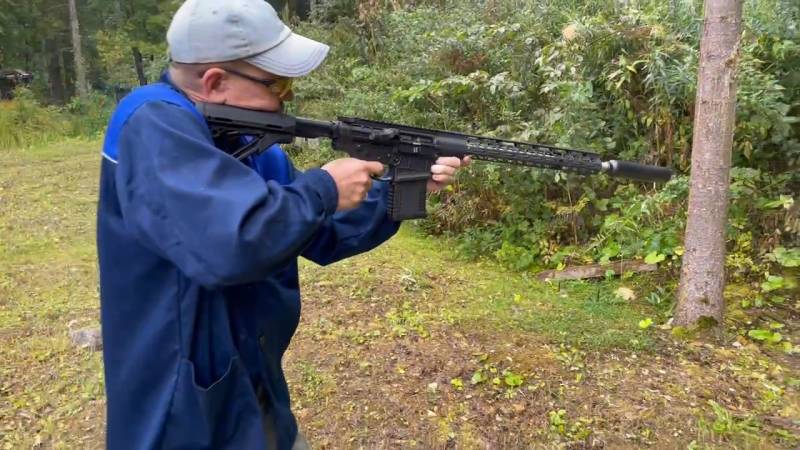 Russian snipers participating in a special military operation have received a new weapon and test it in practice. Lobaev Arms provided them with newly developed semi-automatic rifles "SMERSH" and "Counter". Snipers test rifles in real combat conditions, and the developer is already preparing mass production and sending finished products to the troops.

The development of new Lobaev Arms brand sniper systems became known this summer. The founder and head of the company, Vladislav Lobaev, spoke in an interview about work on a promising self-loading rifle chambered for .308 Win (7,62x51 mm). A weapon of this design has a number of advantages that would be useful to Russian snipers.

The new rifle was first shown in mid-September. By that time, she had reached the test, and a video of the shooting was published. It was reported that the rifle is built on the basis of the AR-15 system and is characterized by increased accuracy. In this case, a common rifle cartridge is used, which makes it possible to obtain a high range of fire and in this respect to surpass the existing mass weapons.

In early October, test firing was again shown. It is curious that this time the capabilities of the rifle were demonstrated far beyond the calculated ones. So, with an estimated firing range of up to 1000 m, the rifle fired experimentally at 1152 and 1430 m. 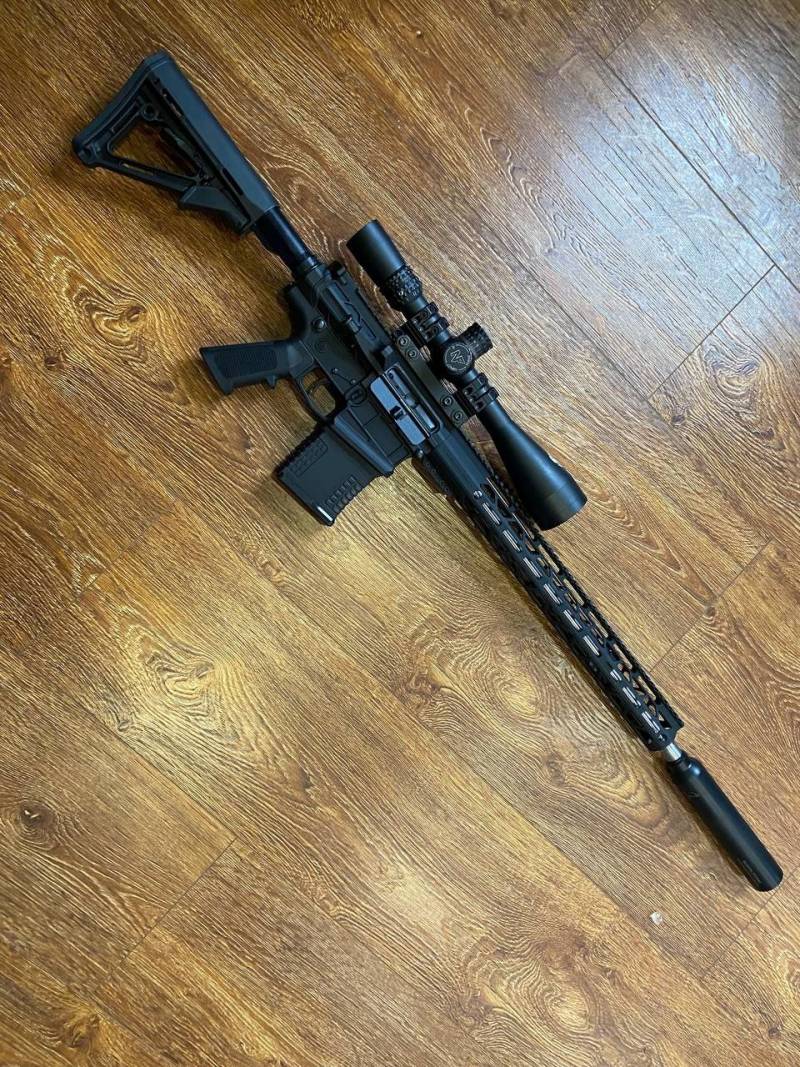 At the time of the first announcement, the project had the working title SMERSH, and the developers did not rule out the possibility of changing it. For example, in early October, V. Lobaev wrote in his blog about the possible renaming of the rifle to "Counter". As it became known later, in the end, both names went into business.

Weapons in the troops

November 1 RIA News announced the start of a new round of audits. From an unnamed informed source, the agency learned that a promising rifle from Lobaev Arms was transferred to one of the sniper units. The servicemen had to test it in the conditions of the training ground. In addition, it was planned to use in real combat conditions.

The source also said that the planned combat operation will affect the further fate of the rifle. Upon receipt of positive results, the product will go into series. At that time, it was at least an initial batch of 100 products.

V. Lobaev commented evasively on this news. He wrote that the company has not yet decided which of the rifles will be sent for testing in the army - and listed a few of the latest samples.

However, later the situation cleared up, and the information from RIA Novosti was actually confirmed. On December 3, the head of Lobaev Arms said that over the past few weeks, the SMERSH and Counter rifles have been tested in two sniper units. The news was accompanied by another video from the tests at the shooting range. It is curious that the name "Counter" was first used as the name of a specific product, moreover, not previously known. 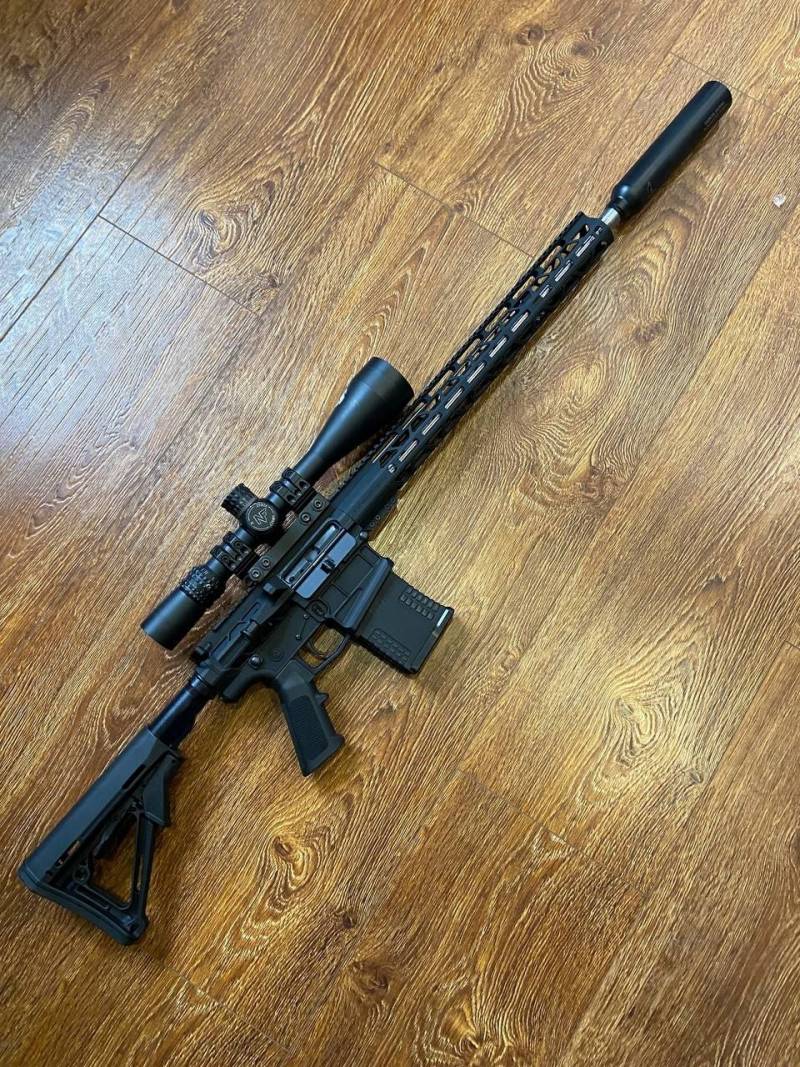 On the basis of which units and subdivisions such tests were carried out, for obvious reasons, is not specified. In this case, the general results are indicated. So, one of the sniper units evaluated the rifles and chose the “Counter” product for themselves. The second at that time had not yet decided on the choice, but should have done it in the near future.

Information about production plans was also confirmed. The development company launched the assembly of an initial batch of 100 new rifles. The first products are already coming to parts.

Thus, over the past few months, Lobaev Arms has developed two sniper rifles at once, put them through tests, and is now starting production. It is noteworthy that SMERSH and Counter are her first developments in the field of self-loading rifles, but the lack of experience in general did not prevent new projects.

Products "SMERSH" and "Counter" are semi-automatic high-precision rifles on the AR-15 platform, chambered for 7,62x51 mm NATO (.308 Win). Rifles have the most unified design and differ from each other only in the parameters of the barrel and the combat characteristics associated with them. At the same time, the difference in firing parameters is to position the two products as different rifles, and not modifications of the same project.

New domestic rifles retain all the characteristic features of the foreign platform. A receiver of two “receivers” is used, to which an elongated fore-end and a rear tube-casing of the return spring are attached. Probably, the automation based on the removal of gases with the supply directly to the shutter and the exhausted shutter group have been preserved. It also uses a standard hammer-type trigger mechanism with two-way controls. 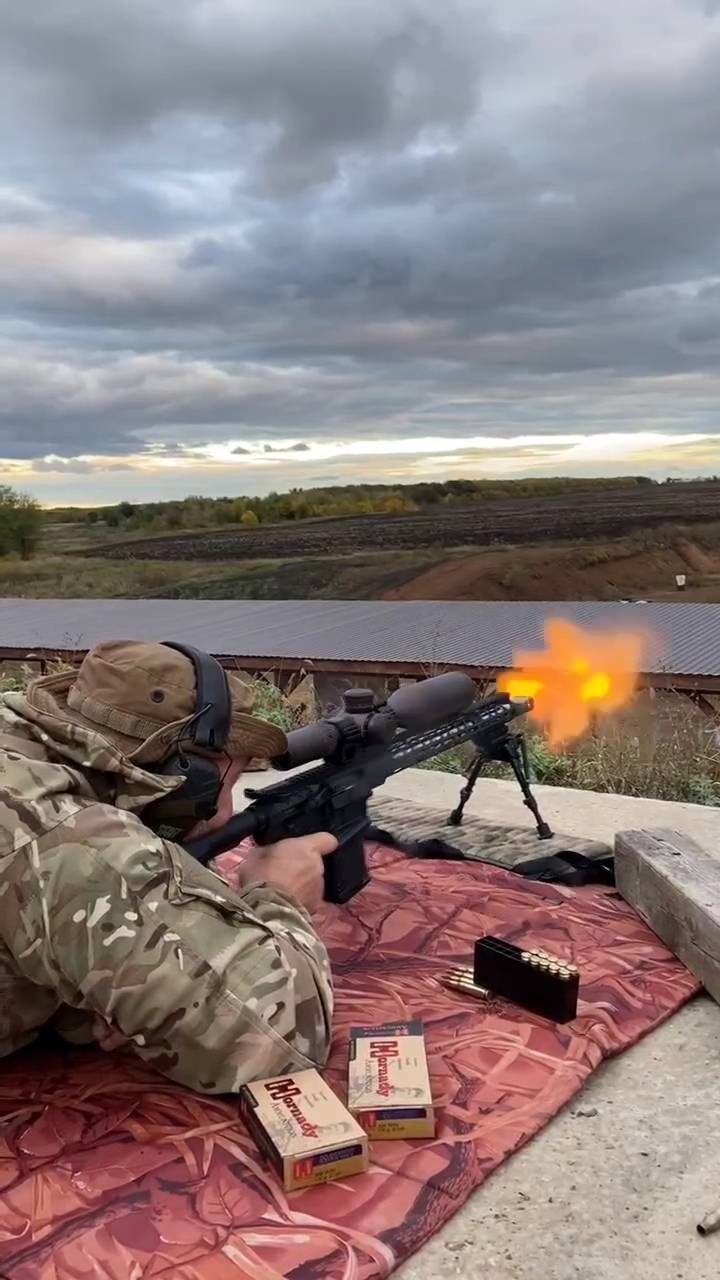 Long range shooting
The SMERSH rifle is equipped with a 7,62 mm rifled barrel 500 mm long (65,6 klb). The recently shown "Counter" product receives a 600 mm (78,7 klb) barrel with a different thread pitch. In both cases, the barrels are threaded for mounting various muzzle devices. So, in published videos, rifles were equipped with a muzzle brake or silent / flameless firing devices.

Due to different barrels, two rifles show different combat characteristics. So, "SMERSH" with a 500-mm barrel provides estimated accuracy at ranges up to 1000 m. The longer barrel of the "Counter" allows you to get the same parameters at distances of more than 1 km. Both projects were faced with the task of obtaining accuracy at the level of 0,5 MOA.

The receiver and forearm of two rifles are equipped with a long Picatinny rail, which provides the installation of different types of sights. In addition, it is possible to replace the stock, pistol grip, etc. - as is the case with other systems based on the AR-15 platform.

The goal of the SMERSH and Counter projects was to create a modern high-precision semi-automatic rifle for various types of sniper work. In fact, we are talking about another attempt to create a replacement for the old and well-deserved SVD, the characteristics and capabilities of which no longer correspond to all emerging tasks. The need for a new generation of weapons was formed a long time ago, and since then new samples have been regularly offered.

Rifles of new models should occupy the same niches, but show higher performance. To solve this problem, several ideas of various kinds were used, from cartridge selection to technical design features. Judging by the results of the tests and reviews from the troops, the tasks were generally completed. 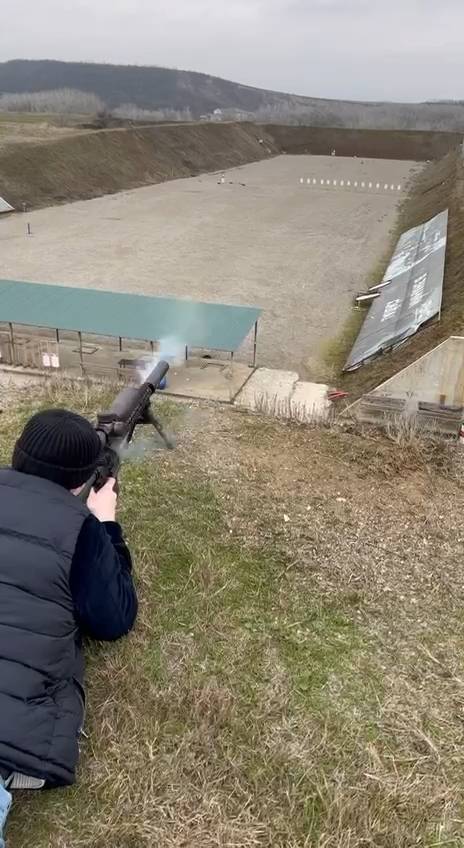 Two new rifles use the .308 Win cartridge. He was chosen based on the combination of technical characteristics and potential. Also contributed to its wide distribution and the presence of domestic production. Under such a cartridge, new barrels of different lengths were developed, allowing to maximize its potential.

For similar reasons, new projects used the off-the-shelf AR-15 platform. It is quite convenient, mastered in production by Russian enterprises and can be scaled to obtain the required parameters. In particular, such a scheme initially has proven automation and other mechanisms, which allows you to focus on other components.

Reportedly, the Counter and SMERSH rifles underwent a kind of military testing in different conditions, and some sniper units wished to adopt them. This fact says a lot about the new precision rifles; in fact, they were highly rated.

Everything for the troops

Thus, the domestic defense industry continues to develop new weapons systems of all major classes. Promising samples are regularly sent to the combat zone for testing and testing. This time we are talking about two new types of sniper rifles.

Reportedly, snipers have already tested the new SMERSH and Counter rifles, and also wished to get such weapons for full operation. What will happen next, time will tell. Perhaps new orders will appear, and the production of promising products will not be limited to an initial batch of hundreds of units.