“I don’t want interesting profit from the enemies of Christ” 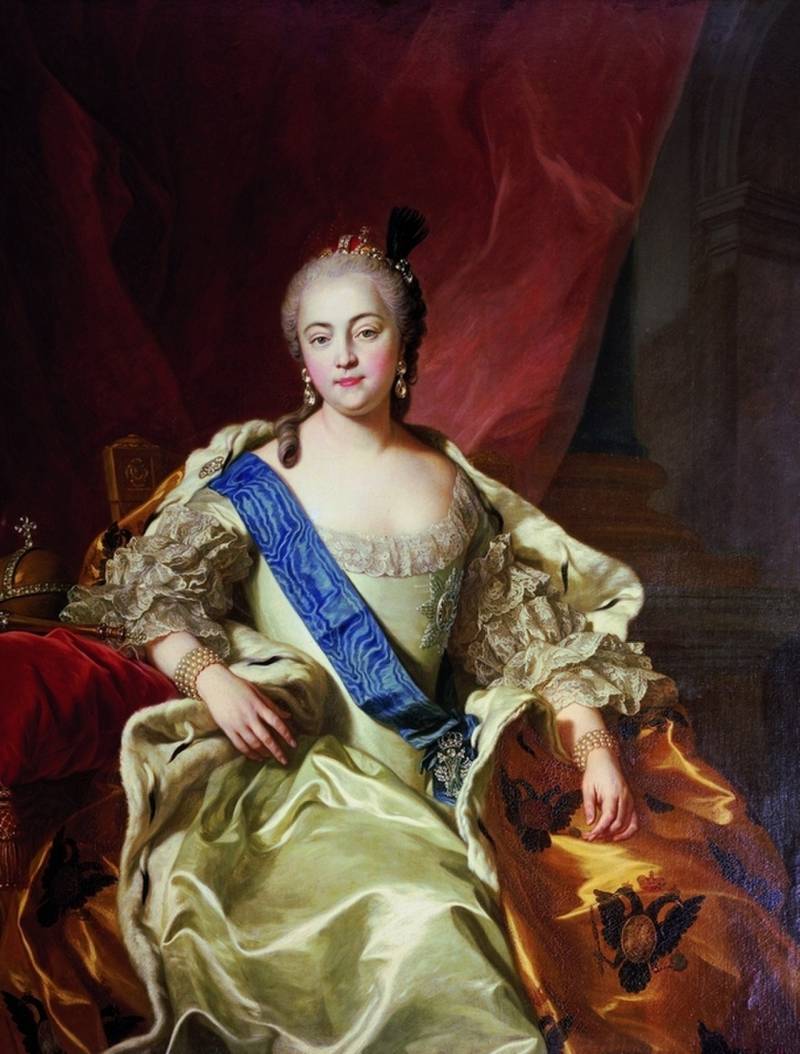 Jewish communities on the coast of the Caucasus and the Northern Black Sea region appeared in the era of Scythia and the Greek states. In particular, the descendants of the Jews who went into exile during the Assyrian and Babylonian captivity lived in the Bosporan kingdom (present-day Crimea and Taman).

Then Jews moved north from Byzantium and the Arab Caliphate. They began to play a leading role in the Khazar Khaganate, which controlled the trade routes between Asia and Europe. Jewish merchants, the Rahdonites, dominated the slave trade. During the same period, Jewish communities settled in Kyiv, Chernigov and Vladimir-Volynsky. According to a number of researchers, Jewish usurers and merchants had especially strong positions in Kyiv.

The great Russian prince Svyatoslav Igorevich defeated the Khazar Khaganate (How Svyatoslav squads defeated the state of the Khazars), which parasitized on human trafficking and controlled the mouths of the Volga and Don. The Jews lost their military power, but still lived in the Black Sea region, retained significant financial and economic positions in the region. They were engaged in trade and usury in the southern Russian cities and in the Crimea. In the Crimea, they participated in the ethnogenesis of the Crimean Tatars, passing on to them the traditional craft - catching and selling people.

In European states, Jews were regularly subjected to repressions and expelled, which was due to both religious reasons (Christianity against Judaism) and economic ones, when the locals did not like the speed and thoroughness of the seizure of leading economic positions by the Jews. Rulers often initially maintained good relations with the Jewish communities, using them as their "wallet". But, when the pressure of society became strong, or the debt was unbearable, anti-Semitic laws were issued.

A similar situation was in Rus'. Some Kievan princes and their administrations pandered to usurers (the forerunners of the bankers). The usurious activity of the Jews became the prerequisite for a number of uprisings, in particular, in Kyiv during the period of Vladimir Monomakh. People were driven into bondage with unbearable interest, and then sold into slavery along with their families. Having put things in order in Kyiv, Prince Vladimir Monomakh limited the activities of usurers (the Charter on cuts), easing the plight of ordinary people.

The Russian historian Vasily Tatishchev, who had access to sources that did not reach our time (or were hidden), reported that Vladimir Monomakh convened a princely congress at Vybochich. Council decided

“Now, from all the Russian land, send all the Jews with all their property and continue not to let them in; and if they enter secretly, they are free to rob and kill.
Jewish communities were expelled. True, it is known that the law did not fully operate. After the death of Monomakh, Jews visited Rus', especially in the Kiev region, our country was visited by Jewish merchants.

But in general, the financial, economic and religious activities of the Jews on Russian soil were severely limited. Jews began to settle in Lithuanian Rus and Poland when they were expelled from the countries of Western Europe. Jewish merchants from Poland and Lithuania came to the territory of Rus' only temporarily on trade matters. Moscow grand dukes and tsars did not allow Jews to settle in their lands. So, Ivan the Terrible forbade any stay of Jews in the Russian kingdom. 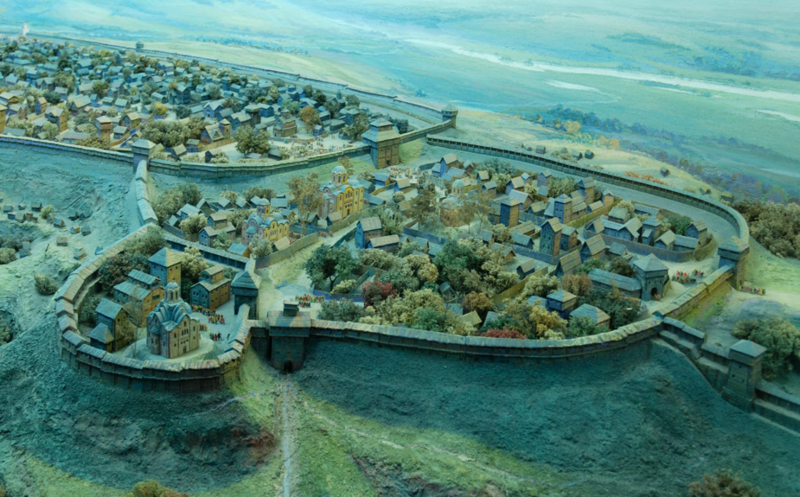 Zhidovsky gate connecting the city of Yaroslav and Kopyrev end. Fragment of a diorama in the National Museum stories Ukraine

The government of Tsar Alexei Mikhailovich expelled Jewish communities from the liberated cities of White and Lithuanian Rus'. In annexed Little Russia (Russian Ukraine), Jews were also deprived of the right to permanent residence. In fact, it was only to their advantage. Since the Cossacks and peasants during the anti-Polish uprisings massacred primarily the gentry and Jews, their families. Under the pans, the Jews played the role of managers who sucked all the juice out of the working population. Plus, another activity hated by people is moneylenders.

In Moscow itself there were Jews who had converted to Orthodoxy (conversions). They lived in the Meshchanskaya and Foreign settlements. Under Tsar Peter I, some Jewish converts, for example, Peter Shafirov, held high positions in the state. But Peter still refused the requests of Jewish merchants to enter Russia. De facto Jews already lived in the Russian state, in the western border lands, in Little Russia.

After the death of Peter I on April 20, 1727, Empress Catherine I issued a decree on the expulsion of all Jews from the Russian Empire (Great Russian and Little Russian cities). This decree was repeated on December 13, 1742 by Elizaveta Petrovna:

“from all of Our Empire, both from Great Russian and Little Russian cities, villages and villages, all male and female Zhids, no matter who their rank and dignity may be, from the announcement of this Our Highest Decree, with all their property, immediately send for border, and henceforth under no circumstances should they be allowed into Our Empire for anything; unless one of them wants to be in the Christian faith of the Greek confession ... "
In December 1743, the Senate proposed to temporarily let Jews into Russia in order to develop trade and make a profit. The Russian Empress replied:

"I do not want interesting profits from the enemies of Christ."
That is, during this period, the main reason for the forbidden policy towards the Jews was religious.

It is worth noting that in the XVIII century the word "Jew" meant belonging to a certain nationality and religion. Later, the word "Jew" began to be officially used.

After the partitions of the Commonwealth, the Russian Empire included regions with large Jewish communities. Therefore, Catherine the Great, by decree of December 28, 1791, determined the territory where they were allowed to live and engage in fishing. The Jewish Pale of Settlement included Lithuania, Belarus, Novorossiya and parts of Little Russia. Most of the Jews were assigned to the bourgeois class or the third, lower guild of the merchant class. At the same time, at this time, the authorities practically did not interfere in the inner world of the Jewish communities. They had their own courts, synagogues with schools.

After entering Russia, Bessarabia and the Kingdom of Poland were included in the Pale of Settlement. Under Alexander II, merchants of the first guild received permission to live outside the Pale of Settlement. Then the restrictions were removed from Jews with higher education, doctors, guild artisans, and retired recruits. In general, the Jewish question became one of the preconditions that destabilized the Russian Empire (but not the main one, as some patriots believed and still believe). The West used this question during the information war against Russia. 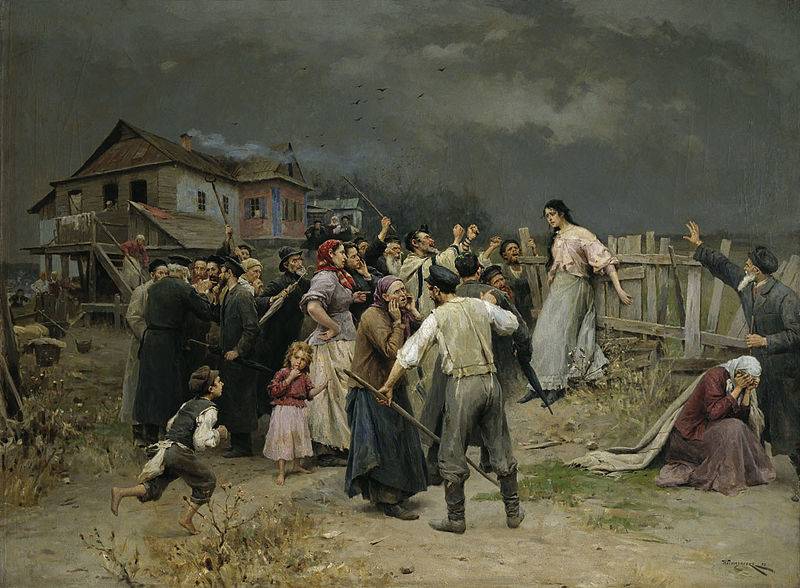