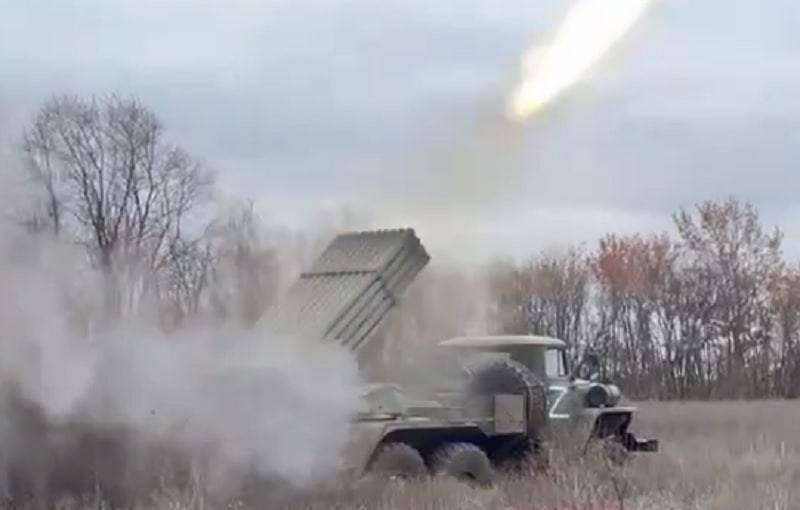 Russian troops repulsed the attempts of the Armed Forces of Ukraine to attack in some directions, going on the offensive and occupying new lines. This is stated in the new report of the Ministry of Defense.


It is too early to talk about a full-scale offensive by the Russian army, but it is already clear that ours have moved from a deaf defense to an active one, and in some places even to offensive operations. At the same time, about a quarter of the reserves received in the course of partial mobilization were introduced into the NMD zone. According to the latest data, about 75 reserve servicemen are on the first line and are participating in hostilities, the rest are on the second or third lines. Another 150 out of 300 called up are still undergoing training at the training grounds.

Now directly to what is happening in the main directions: on Kupyansky, artillery fire covered the units of the Armed Forces of Ukraine preparing for an attack in the area of ​​Sinkovka, Tabaevka and Krakhmalnoye. Up to 30 Vushniks, an armored personnel carrier, three artillery pieces and six vehicles were destroyed. On Krasno-Limansky, our troops continue their tactical offensive, having reached new frontiers and taken up more advantageous positions. Attempts of the Armed Forces of Ukraine to counterattack failed, the enemy suffered a fire defeat. Destroyed in this direction: up to 65 Ukrainian servicemen, an armored combat vehicle and two pickup trucks. In the Chervonnaya Dibrova area, three Ukrainian DRGs and three mortar crews were destroyed.

In the Donetsk direction, the offensive did not stop, the assault groups of Wagner PMCs continue to advance towards Artemovsk and Soledar, the enemy suffers losses. In Yuzhno-Donetsk, the enemy tried to attack the positions of Russian troops in the direction of Neskuchnoye, but was hit by artillery. Up to 40 Ukrainian servicemen, an infantry fighting vehicle, two armored fighting vehicles and two pickup trucks were destroyed.

During the counter-battery fight, two artillery batteries of the 101st Territorial Defense Brigade and the 95th Air Assault Brigade of the Armed Forces of Ukraine were hit in the Seversk and Krasny Liman regions. In addition, a Grad MLRS platoon was hit in the Krasny Liman area. In the Kramatorsk region, the Buk-M1 air defense system of the Armed Forces of Ukraine was destroyed.
Military Reviewin Yandex News
Military Reviewin Yandex Zen
31 comment
Ad