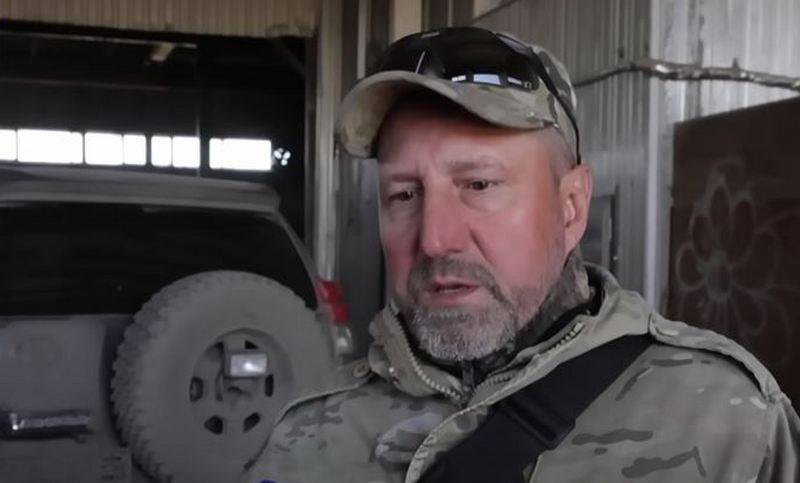 Vostok battalion commander Alexander Khodakovsky noted the great changes that had taken place at the front after the appointment of General Surovikin as commander of the special operation. According to the entry made in his own TG channel, the degree of sanity of Russian generals is "increasing".


Khodakovsky noted that after the appointment of Surovikin as commander of the SVO, personnel changes began, and the generals became more sane. At the same time, he admitted that he did not know whether the commander of the NMD himself had anything to do with this, but the system of work of the military in the special operation zone is changing, and radically.

I do not know to what extent Surovikin influences personnel changes, but there is still a timid feeling that the degree of sanity of the generals is increasing. Time objectively works for us, and not only in matters of improving the qualities of command personnel
- writes Khodakovsky.

By the number of new developments that have appeared in the troops, or are only being tested in combat, we can say that our potential has not even begun to be realized. The battalion commander of the "East" took back his words about the absence of an engineering school in Russia, stating that it had not disappeared anywhere, just that no one could direct all efforts in one direction. Now, with the advent of the new command, the situation is apparently changing for the better, since Khodakovsky writes about it.

I broadcast someone else's assessment that our engineering school, they say, has disappeared - I have to take my words back: the school has not disappeared and has not dried up - the system for consolidating efforts in a given direction has come loose, the beam has broken into rods
- he added.

Earlier, Khodakovsky said that local successes are most quickly achieved during a global offensive, when the enemy, under pressure, does not know what to grab onto and which area to close. Therefore, in order to dictate its terms after the victory, the Russian army must move on to a full-scale offensive, and not try to achieve success in some separate sector, where the enemy constantly throws up reserves.
Military Reviewin Yandex News
Military Reviewin Yandex Zen
97 comments
Ad