New rotation of American troops as part of Atlantic Resolve 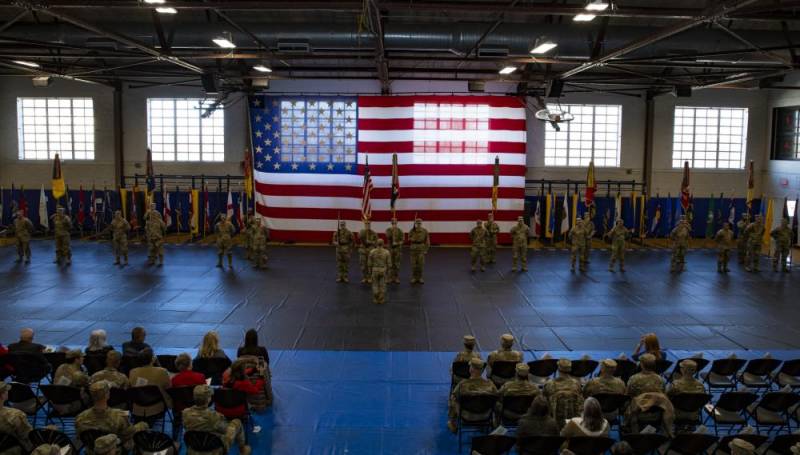 Personnel of the 2nd ABCT before leaving for Poland, November 18, 2022

Since 2014, the United States and NATO have continued Operation Atlantic Resolve (“Atlantic Resolve”), the purpose of which is to counter the notorious Russian threat to the eastern borders of the Alliance. As part of this operation, the transfer and deployment of US troops in the countries of Eastern Europe are regularly carried out. Another rotation of this kind is taking place right now, and American units are arriving in several countries.

In the process of replacing

On November 9, the US Department of the Army announced the upcoming events under the Atlantic Resolve. In the coming weeks, it was planned to carry out another rotation of troops and deploy new formations in Europe. At the same time, units that had served in European countries over the past few months were supposed to return home. This rotation is designated as "winter".

On November 18, the press service of the Army Command in Europe and Africa (USAREUR-AF) announced the start of the transfer of troops and mentioned a new connection. So, before the end of November, the 2nd brigade of the 1st infantry division was to be transferred from the Fort Riley base (Kansas) to Europe. This deployment involves an unnamed number of troops, as well as 2400 troops. weapons and technology. 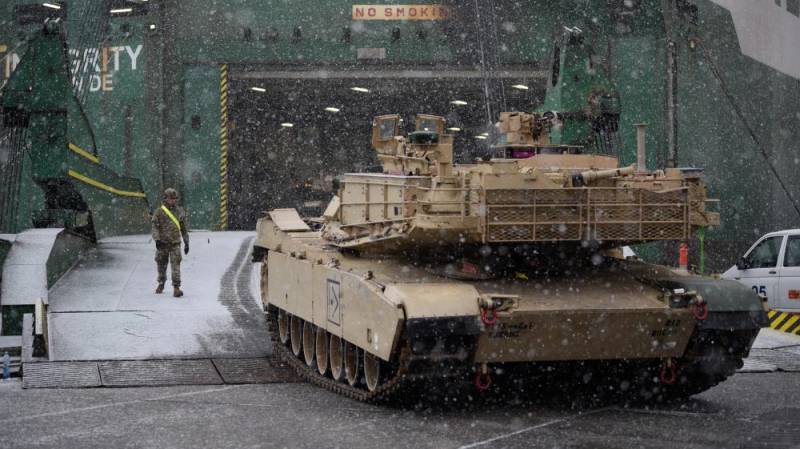 Unloading equipment in Gdynia, December 3, 2022
The troops were transferred by sea. In Europe, they were accepted by the Greek ports of Alexandroupolis and Thessaloniki, as well as the Polish Gdynia. As always, the transportation was divided into two stages. On the first, transport ships delivered equipment and personnel to designated ports, and the second provided for the transfer of troops to duty stations by land.

In addition, preparations were made for the removal of units and formations completing their duty as part of the overall operation. Over the next few weeks, personnel with equipment and other materiel were to depart by sea for the United States and return to their permanent deployment points.

On December 4-5, new information appeared in the Polish press about the transfer of American troops to Eastern Europe. More accurate data on the deployment of foreign units on the territory of Poland are disclosed, as well as plans for the near future are mentioned. In addition, the approximate composition of the materiel arriving along with the military personnel was announced.

According to Wyborcza, in early December, the ARC Integrity vessel arrived in Gdynia with the personnel and equipment of the 2nd ABCT of the 1st Infantry Division. According to him, approx. 700 units various ground equipment and weapons. This number includes Tanks M1 Abrams, M2 Bradley infantry fighting vehicles, M113 armored personnel carriers, as well as vehicles of various types. The number of delivered personnel is not reported.

Unloading of transport began on December 3. At the same time, the first cargoes began to be transported to Polish military bases where American units are deployed. The entire process of deploying the arrived forces and assets will take two weeks. Then new events of this kind will begin. 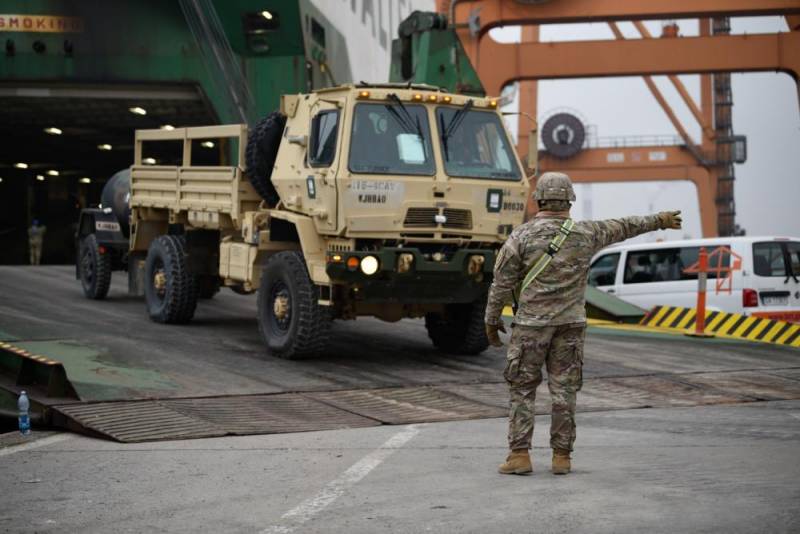 It is reported that in January the port of Gdynia expects new transports with American troops. This time, approx. 2 thousand units equipment and weapons. How long it will take to unload the next ships and the subsequent delivery of materiel to the bases is not specified. The arriving troops are said to remain in Poland for the next nine months.

According to the official position of the United States and its friendly countries, the goal of Operation Atlantic Resolve is to ensure the security of NATO's eastern borders. The operation was launched in 2014 in response to the "annexation of Crimea" and has continued without interruption ever since. It is assumed that by joint efforts, American and local troops will be able to resist "Russian aggression."

As part of such an operation, Eastern European countries that do not have outstanding military potential receive direct assistance in the form of the presence of American troops. In essence, the United States guarantees their security, and in return they get the opportunity to deploy their troops on the eastern outskirts of NATO. At the same time, the units end up in critical areas and as close as possible to Russia.

It should be noted that in connection with the Atlantic Resolve, American units are not only present in Eastern Europe, but are also quite active. Subdivisions for various purposes are on combat duty and are preparing to solve real problems. In addition, various joint exercises are regularly held, both with the host countries and with other European states that send their contingents to the training grounds of the region. 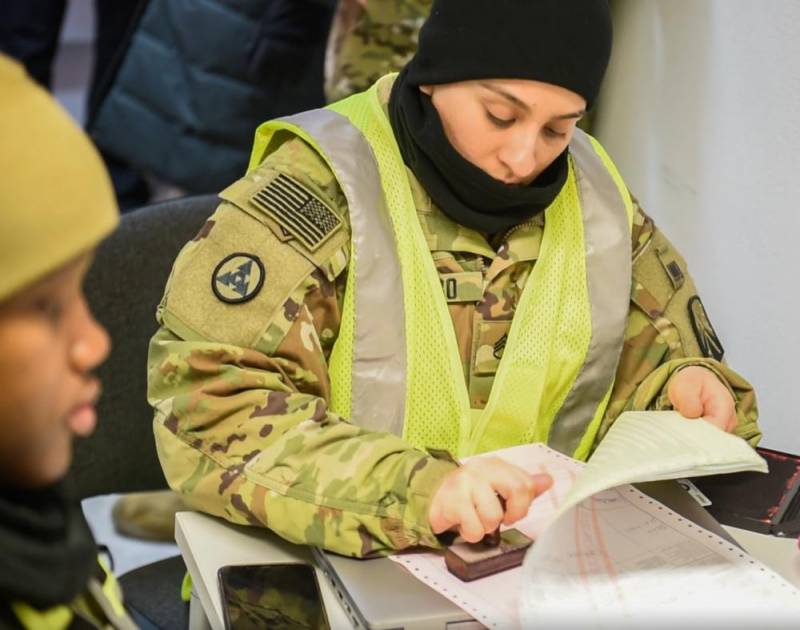 In connection with the Atlantic Resolve, not only local troops are present in Eastern Europe, but also a fairly large contingent of the US Army. The presence of such forces in the Baltic States, Poland, etc. is a direct threat to our security. In addition, in recent months, against the backdrop of a deterioration in the overall military-political situation, new risks have emerged.

The American contingent in the region is actually located several hundred kilometers from the zone of the Special Operation to Protect Donbass. Using one means or another, he is able to monitor the actions of the Russian army. There is also a non-zero risk of US intervention in hostilities.

According to our foreign intelligence, Poland is seriously considering the possibility of capturing the western regions of Ukraine. It cannot be ruled out that the Polish leadership will decide to take such a step - and even try to draw the United States into its adventure. Such an attempt to attract a foreign partner can have negative consequences for everyone.

However, the United States denies the possibility of direct intervention in the current conflict. They are not satisfied with the actions of Russia and they will continue to help Ukraine, but they are still not going to participate in hostilities. So, in early December, Secretary of State Anthony Blinken again expressed a similar point of view. 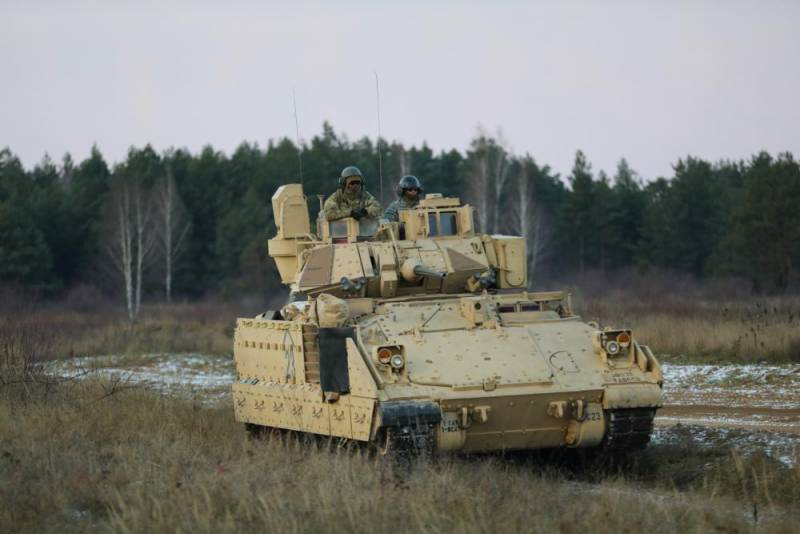 American mechanized infantry in a joint exercise in Poland, November 2022
It is hardly necessary to unconditionally believe such statements. Nevertheless, it should be borne in mind that the actions of the United States in recent months are quite consistent with the announced position. At the same time, it cannot be ruled out that, under certain circumstances, the position of the American leadership will change. And if a decision is made on military intervention, the US and NATO as a whole will have a ready and combat-ready grouping of forces in Eastern Europe.

It is easy to see that the current deployment of US troops to Europe through Polish and Greek ports is not, on the whole, something new or unexpected. Such events have been held regularly over the past few years, and besides, "Atlantic Resolve" is not the only international operation within NATO.

However, this year such international operations or joint exercises in the region look completely different. The deployment of US troops is taking place in close proximity to the zone of the military operation, as well as against the backdrop of a sharp deterioration in the military-political situation in Europe. And, despite all the negative trends, the United States and its allies continue their Atlantic Resolve operation.

It should be noted that such a situation could have been prevented a year ago. Russia proposed measures to improve the situation in Eastern Europe, but the US and NATO did not agree to them. Moreover, they did everything possible to further complicate the situation. And "Atlantic Resolve" actually becomes the next step in this direction.